“In the Heights” Inspires at the Ordway – James A. Rocco’s Loving Swan Song 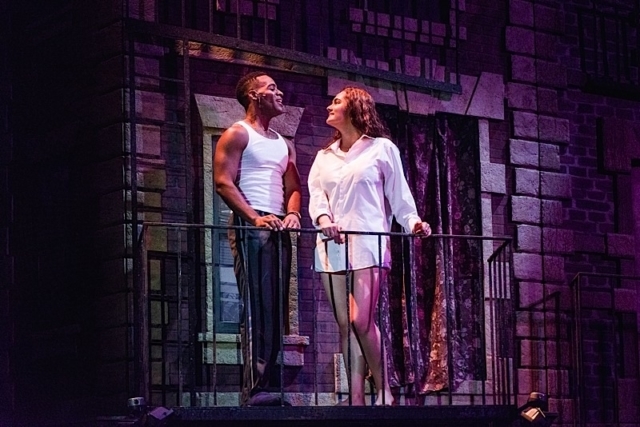 In the Heights - Ordway 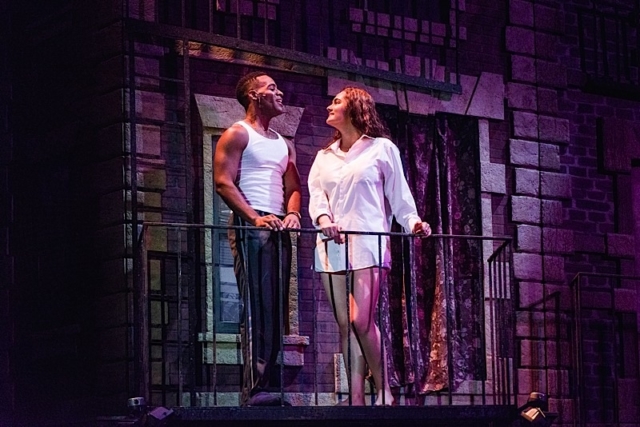 Before he commanded notoriety for the Broadway sensation, Hamilton, its creator, Lin-Manuel Miranda, was inspired by his struggling Manhattan neighborhood, Washington Heights. Out of this he created the musical, In the Heights. It won the 2008 Best Play Tony and Best Musical Show Album Grammy Awards and contrasts starkly another Tony-winning musical about marginalized people set in contemporary New York, Rent (1996). Both Rent and In the Heights won the Pulitzer Prize for Drama. 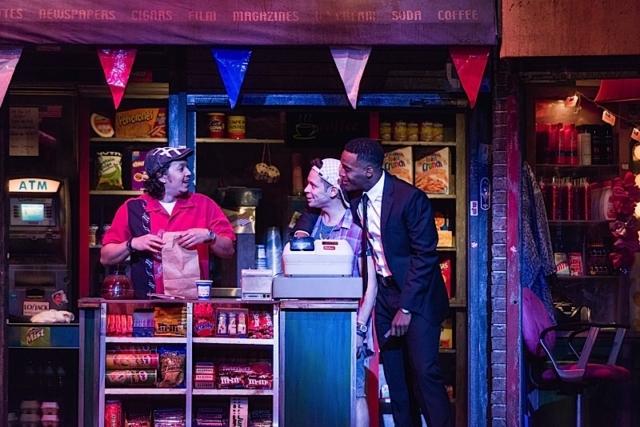 Where Rent’s diverse characters thrash about in despair, In the Heights’s Latinos and their neighbors wrestle against the odds to strive for dignity and betterment. At the Ordway that attitude of picking yourself up and taking your fellow community members with you infuses their uplifting production of the piece, done in conjunction with Teatro Del Pueblo. 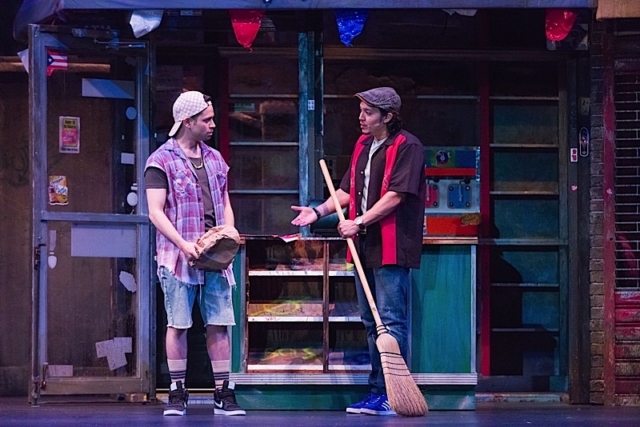 Miranda’s music and lyrics, with their salsa flourish and hip hop motifs, are vibrantly rendered by the spirited ensemble under the the music direction of Eugenio A. Vargas and co-choreographer/directors Alberto Justiniano and James A. Rocco. Everyone lives into the crackle and sparkle that In the Heights is essentially comprised of from start to finish.

Two leading actors drive the story’s momentum. Justin Gregory Lopez as protagonist, Usnavi, embodies the struggle of a young man doing his best to take his small grocery business to the next level. Aline Mayagoitia impresses with a touching portrayal as Nina, the local girl newly returned from a bruising first year at Stanford University. 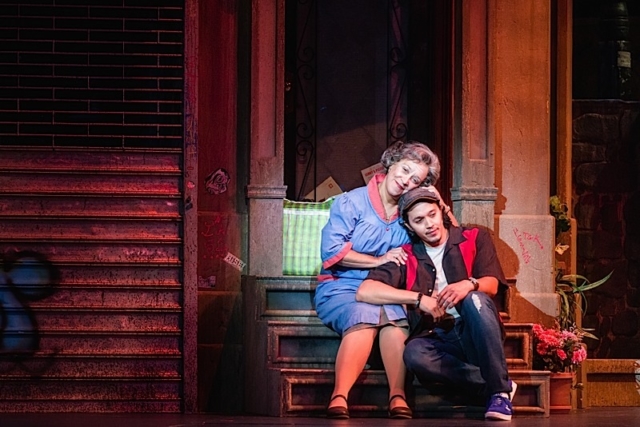 Pedro R. Bayon and Lara Trujillo as her parents capture the essence of their characters’ midlife crises beautifully. Debra Cardona absolutely endears as Abuela Claudia, the soulful grandmother figure. The musical’s intergenerational fabric has been masterfully woven by both the original creators, Miranda and book writer Quiara Alegria Hudes, as well as the Ordway/Teatro del Pueblo creative team.

This is Rocco’s final Ordway production as the center’s Producing Artistic Director. With In the Heights he goes out on a wave of love.