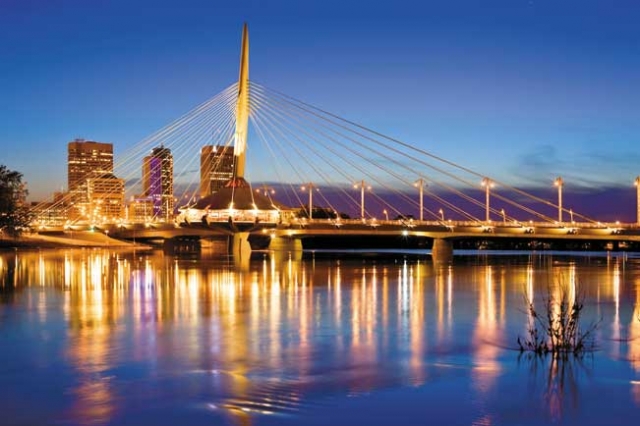 I’m one of, oh, 600 or so people behind the velvet rope at 1 a.m. waiting for admission. A New York nightclub? A premiere in L.A.? Nope. An art opening in, ahem, Winnipeg, on the soon-to-be-frozen tundra. Winnipeg Art Gallery is launching an exhibit called My Winnipeg, during the city’s all-nighter Nuit Blanche, showcasing the amusing-to-arresting avant-garde pieces by 13 of the city’s leading artists, including a self-crowned Shaman of Queer Theology. (In his sculpted self-portrait, he’s wearing a white dress and veil. “Is that an angel?” a kid queried. “No, that’s just Michael,” replied the mom.)

Across the road, Plug In, a gallery more forward than our Walker (which says a lot) has its own My Winnipeg show, along with a performance duo called the Lesbian National Park Rangers, who deliver citations for offenses such as hetero flirting or wearing socks with sandals. When I asked them for a list of GLBT bars, they came up with…zero. “Used to be, but Winnipeg has gone beyond that. Today everybody is welcomed everywhere,” including the former mayor, the first gay mayor in the country, said the girls. “If someone were to launch, say, a lesbian ballet company, the larger community would say, ‘Super. How can we help?’”

In the meantime, pop over to the Royal Winnipeg Ballet (tours with advance arrangements) to watch Twyla Tharpe—gray hair, black guerrilla wear—prepare the company to debut her “The Princess and the Goblin.” Then check out the Guthrie-esque Royal l Manitoba Theatre, preparing its own stage debut of “Gone with the Wind.” Next door, the Winnipeg Symphony performs, and the opera. Come back for the biggest Fringe Festival in the land. Scores of indie art galleries dot the streetscape, punctuated by Mondragon, a coffeehouse-cum-bookstore with sections devoted to anarchism and animal rights. Only in Winnipeg. But why?

Blame it on location.  Or, more to the point, the lack thereof. The closest big city (that’s us) is 700 miles away, so, as these artists told me, if you want art, it’s DIY. And, with community support, these painters, poets, and performers make their living making art, not waiting tables. “Plus, there’s no ‘cool’ factor here; it’s very socialistic.”

More of the same over in Assinoboine Park, a leafy, 400-acre enclave where man-size topiaries of fiddling frogs wear skirts, while the bronze ladies of sculptor Leo Mol wear nothing. A Polish refugee from Nazi rule, he adopted Winnipeg (and vice-versa), bestowing his classical figures throughout the park. A gallery within the greenery houses the work of a quirkier visionary native, Ivan Eyre, who paints in a phantasmagorical Surrealistic-meets-Expressionism style. Another room is devoted to—what’s this?—Winnie the Pooh, a Manitoba bear cub later donated to a London Zoo who inspired the kids’ classic.

Quirky artistry even invaded the province’s Legislative House. Its architect, a swindler named Simon, offered to work for free after he siphoned off city money. And a grand edifice it was when it opened in 1920. Still is. But Simon got the last laugh. Turns out, he was a devout Freemason, and he included myriad symbols of the society’s passion for geometry, alchemy, and numerology hiding in plain view all over the darn place. Today, sleuths have cracked the code, a la da Vinci, and offer fascinating Hermetic Code tours that decipher the seemingly-innocent architecture. 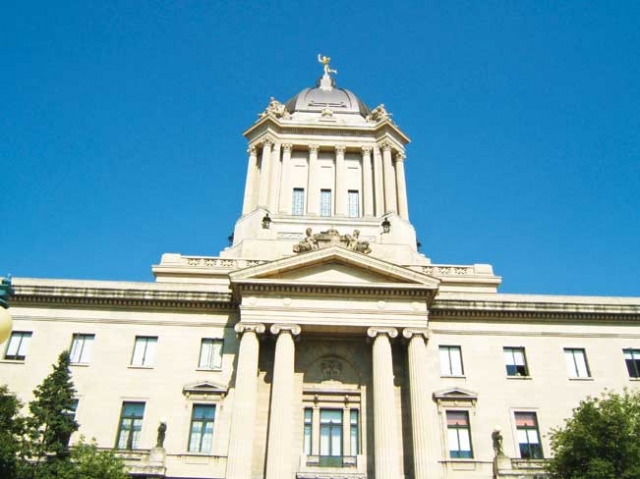 Built to broadcast to the world that Winnipeg was the fastest-growing city in the land—“the Chicago of the North”—it resembles a temple on steroids: part Greek, part Egyptian, and part King Solomon. Surreptitiously, it’s enhanced with bits of mythic lore. For instance, the iconic Golden Boy statue atop its dome, symbolizing Manitoba’s wealth, is actually Hermes. There are sphinxes on the pediment, numerology used indoors (steps constructed in multiples of 13), and on an Ode to Manitoba mural, peer closely and you’ll spy Jesus carrying his cross. “We’ll get into the mind of a dead genius,” Don, our guide, promises.

But it’s not all live-and-let-live kumbaya. To call attention to the country’s (and the globe’s) checkered past and provide guidance for the future, a new national museum devoted to human rights will open in 2014. On a hardhat tour of its futuristic home, we learn how the story of ugly behavior, from treatment of Canada’s aboriginals to holocaust and genocide elsewhere, will be explored, culminating in a sky-high Tower of Hope.

An immediate ray of hope glimmers from a University of Winnipeg program initiated by Chef Ben Kramer, who put behind his fine-dining career to help rejuvenate the U’s sketchy neighborhood, populated by more than its share of single moms, homeless, and kids under society’s radar. 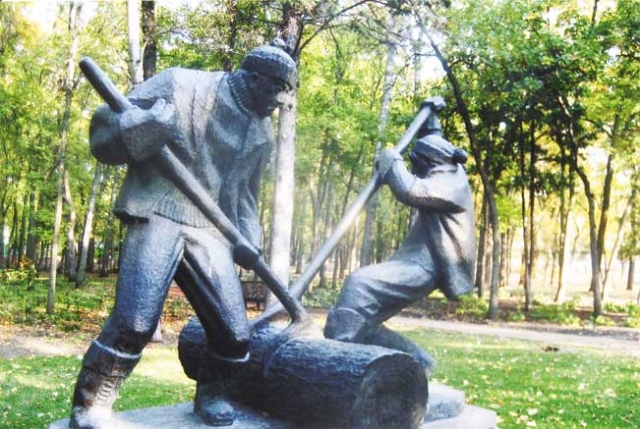 First off, the U opened its gym to the gangsters-in-training, a big hit. Then, its student dining program was reinvented to include whoever wanted to drop in, as we did, to savor healthy, interesting, and low-low-cost meals in its cafeteria—everyone from business folk on lunch break to impecunious seniors and those single moms with kids in tow—hiring and training many of them as its workforce. And we’re not talking sloppy joes and hot dish; we tasted a high-style stew involving house-made chicken sausage tossed with chanterelles, then topped with a soft-boiled egg. The kitchen not only operates ethically and healthfully but in the black, thanks in part to its in-demand catering arm.

So Chef Ben is just another quirky artist. He also runs Elements, a nearby restaurant that leads the city’s culinary pack. Another locovore’s hot spot is the new Deer + Almond, showcasing a stellar list of small plates like a spicy pork-belly flatbread populated with pickled turnips, peanuts, and fresh chilies, or its twist on burgers, loaded with cambazola, jalapenos, and maple Dijon.

Back in Assinoboine Park, the greenhouse setting of Terrace Fifty-Five thinks local, too, with roasted duck in sour-cherry relish; lamb shanks with citrus gremolata; and Northern pike atop chorizo-laced spaetzle. Then, sink your sweet tooth into a sweet-potato cake in cranberry-ginger compote and hazelnut praline.

Or, slither over to Peasant, another seasonal/regional believer, for poutine with bacon gravy and local cheese curds; beet salad with goat cheese mousse and caramelized honey vinaigrette; or the chef’s take on tourtiere—a fancy name for a husky meat pie, today filled with pork and mushrooms.

Deadfish, another newbie, melds Indian and Islands fare via jerk salmon with mango salsa; mussels in curried avocado cream; and mango salad with its dangerously spicy lime-chili vinaigrette. Stella’s stars at breakfast with its smoked salmon Benedict and lunchtime’s fish tacos with curry aioli, as forward as the room’s design (and crowd). Rudy’s Eat + Drink is a wink-wink-nod to Mad Men days: dark, sexy booths in which to nibble on devilled eggs before a giant steak or spaghetti pomidoro. Don’t miss the house-made marshmallows starring in the s’mores. Swanky cocktails, too (natch). To plot a menu for your visit, contact www.travelmanitoba.com and www.tourismwinnipeg.com.

Winnipeg’s 10-day Pride in June is one of the country’s best and biggest. (www.pridewinnipeg.com)

Despite the dykes’ denial, yes, there are gay bars: Club 200 (www.club200.ca.); Fame (www.famenightclubwinnipeg.com.); and Gio’s (www.gios.ca) are among them.