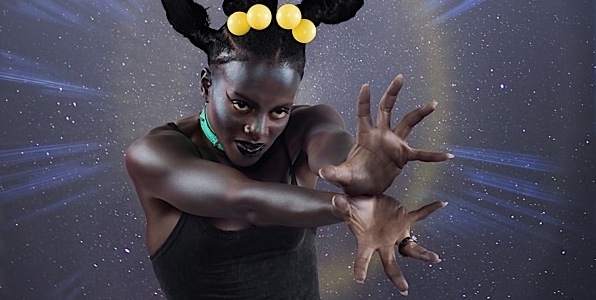 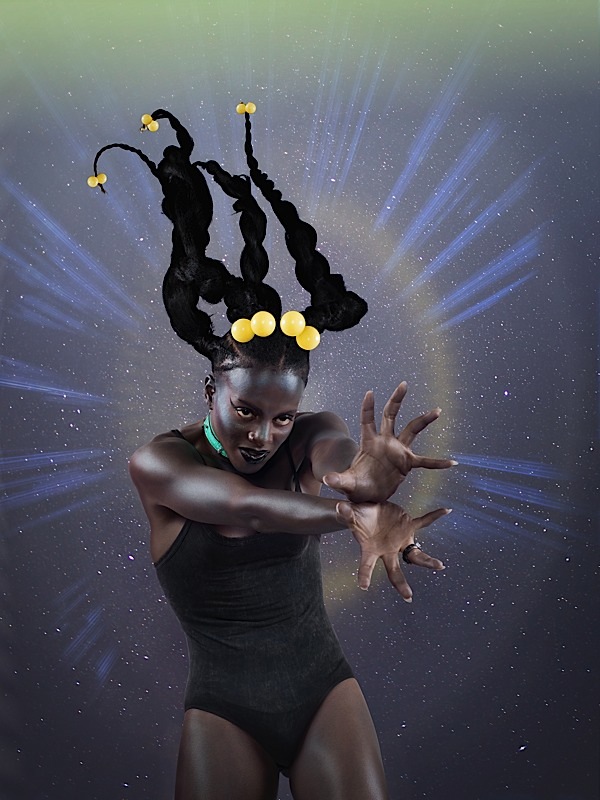 Is the Walker Art Center cautioning us or entreating us to embrace a not so distant future where and when the robotic, the virtual, and the digitalized override all things? Ironically, the exhibit called The Body Electric takes its name from that most passionately flesh and blood of gay poets, Walt Whitman, yet it clearly culminates toward a non-flesh and blood world that we seem to be on a collision course with.

Queer concepts occur throughout, and many of these are gratifyingly human. The Before and After photographs of a couple—MTF Zackary Drucker and FTM Rhys Ernst—emanate a sense of being at peace with one’s self. You can put on headphones and enjoy Laurie Andersen on screen in What You Mean Me? (1986). She creates a half-sized body double with a digital-image chain smoking male counterpoint. Lyle Ashton Harris’s black and white The Americas prints (1987-1988) evoke non-Caucasian faces and naked torsos, as well as the stars and stripes, to androgynous effect with a spirit of the elusively mystical. Yet we still feel partially anchored in reality. We also still feel anchored while watching footage of a Wooster Group 1999 voice and video image mixing. Its subject: legendary lesbian Gertrude Stein’s opera, Doctor Faustus Light the Lights.

Stein, of course, is one of the mothers of postmodernism, poststructuralism, and the deconstruction of language. Therefore, film of her work being further deconstructed itself by an avant-garde theater group seems fitting for an exhibit that leads us toward what is essentially a total rejection of structure. 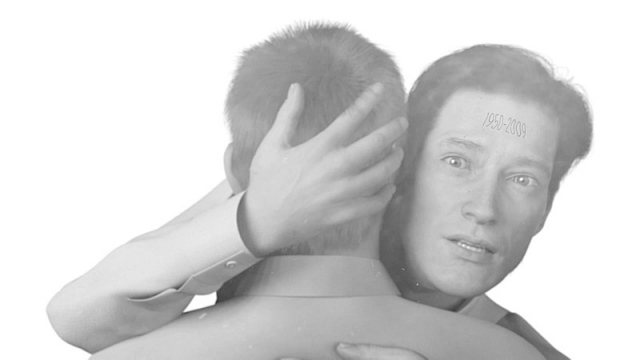 Indeed, The Body Electric shifts very clearly toward what seems to be an unsettling conclusion with studies developed in the present decade. The virtual becomes a replacement for the actual in two works from UK-based artists. A term you’ll see on gallery wall descriptions is “CGI”. This means Computer Generated Imagery. That’s the province of Ed Atkins’s Happy Birthday! (2014) film where a handsome man’s face, with mechanical eyes, speaking with an English accent, spews out dense fluid akin to petroleum and esoteric ramblings of words, word, words. One is reminded of the “rules are for fools” ethos that Stein often employed in her use of language and the creation of art. Might the Englishman represented be a narcissist in love with himself? On the other hand, he ultimately embraces another figure, so that his face is seen before us at the same time the back of the head of that figure he embraces, is seen in cozy proximity. Head to Head. Scalp to Face. Is this a body double image of him or another person of unspecified gender? 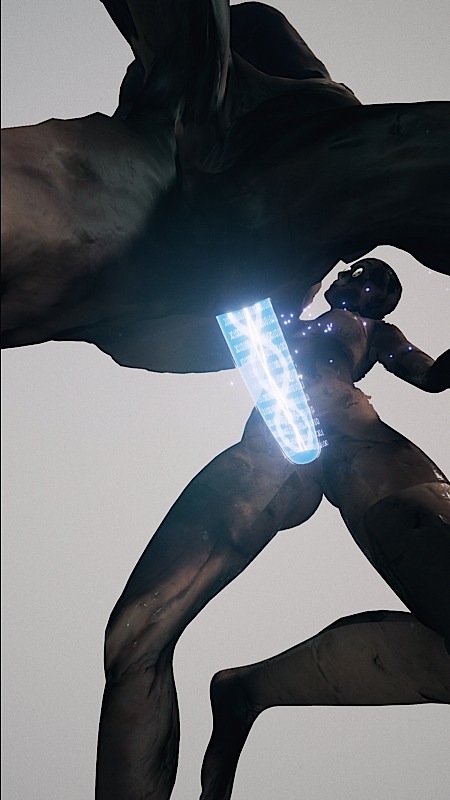 But Atkins is comparatively tame as The Body Electric builds up to a discombobulating and disorienting work by Denmark-born, London-based Sidsel Meineche Hansen from the artist’s Second Sex War Zone (2016) critiques on pornography. The description on the gallery wall of  the DICKGIRL component of the Hansen vision, is comprised of genital props, amorphous figure movements motion-captured from, as the description itself puts it: pornographic images. The museum patron places a virtual-reality head set over their scalp and eyes. Be advised to relax in the beanbag chair available there because you may feel like you’ve been swept buoyantly into an alien dimension. It echoes a technologically-induced out of body experience or an astral projection. Be warned: what can be disturbing for some, is that you’re taken into what could feel like simulated sexual acts with powerful vaginal, phallic, and oral imagery that you the viewer seem to be engaging with. This dimension also contains what seem to be scatological images and dismembered internal organs. In that instant you put the head set on, you are palpably swept from the corporeal to the ethereal. Imagine all this happening in a space where its impossible to have depth perception of that space – a hyper-sexualized dreamscape. 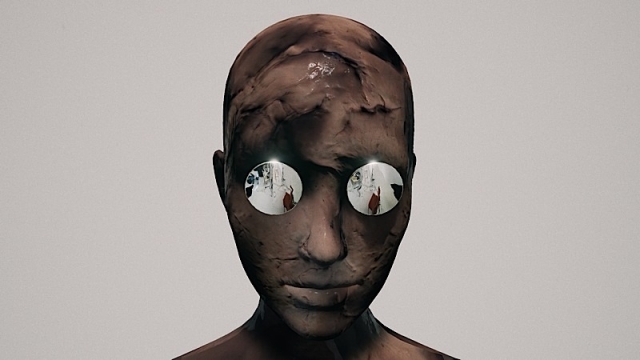 Any thinking person must question where these advances are leading us. Pornography fixation is leading to using sex robots instead of consenting adults as sex partners. Musical instruments are steadily made obsolete by technology. Kindle E-Books replace paperback and hardback books. Alexa, smartphones, and GPS provide needs once met with our own self-reliance and connection to other people. Digitalized characters in dramas can uncannily resemble actual human actors. You can go to self-check-out at the grocery store instead of having to make contact with an employed human cashier. One wonders if we’ll soon be unloading our very identities onto a computer disc. The Body Electric is an urgent showcase for the “brave new” non-flesh and blood existence, we seem to be on track toward.