Red Eye Theater is presently going through a generational transition and you can now see it in action. Their collaborative signature style is in splendid evidence in Life’s Parade. This original new work features some of the theater’s veteran artists as well as relative newcomers. In earlier years of the quarter century since the troupe’s founding, it was called Red Eye Collaboration.

Red Eye’s collaborative style can be described as postmodern and deconstructionist. You won’t likely to see a stage work there that follows a traditional narrative. Odds are it will be stream-of-consciousness or like something lifted from the subconscious, reflecting cultural motifs and psychological states. Life’s Parade is a mix of all of these.

We seldom experience a performance work that actually manifests as if it was a dream made vividly real. However, Life’s Parade is that. Director, concept-shaper, and co-founder Steve Busa has a gift for this sort of magic. The collaborations he helms often spring from a theme, sometimes drawn from cinema. In this case, it is the lush Technicolor dramas of Douglas Sirk. In Liz Josheff Busa’s dreamy projection design she incorporates trailers from some of his films that dovetail gorgeously with the action on stage. You will notice two legendary closeted stars in them: Rock Hudson and Agnes Moorehead.

Sirk’s films grapple with suffocating aspects of white middle class American life in the 1950s. As you watch the trailers, you may note that such suffocation is still with us, probably inherent in the human condition always. Not just the ’50s. In a magnetic lead performance by Red Eye co-founder and core actress Miriam Must, a middle class woman recounts memories of her life experience, memories of things she has seen, memories of things she has mused on. Must, one of the Twin Cities’s best actresses, is supported by a superb acting ensemble that embodies phantoms of her subconscious and memory bank. They manifest in varying physical dynamics, movements, poses, and more stylishly choreographed by Dolo McComb. 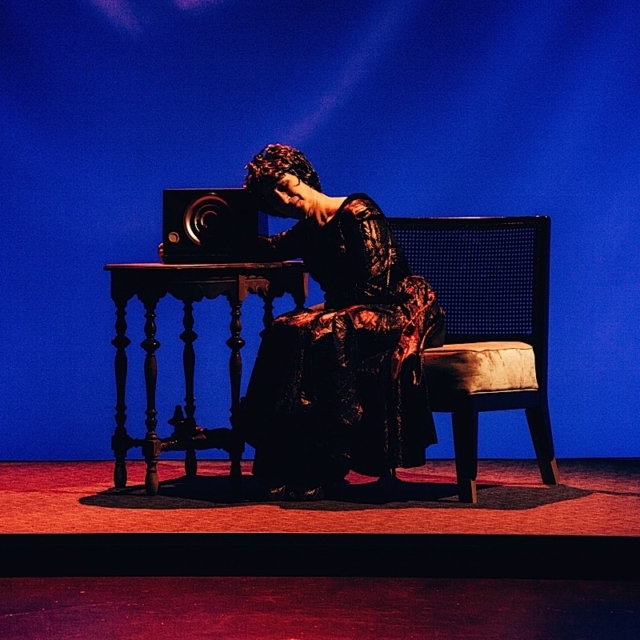 The spine of Life’s Parade is Katharine Sherman’s poetically impressionistic script which has been brought to life brilliantly by the entire acting ensemble—a unique use of language made theatrical. Sherman has profoundly tapped into the mental and emotional state of someone reflecting deeply on their life experience. This is enhanced by Soren Olsen’s evocative lighting and Skyler Nowinski’s haunting sound design, which waxes nostalgic at times. The technical elements beautifully match the haunting memories that comprise the essence of the piece.

Actresses Gretchen Grunzke and Katherine Kupiecki infuse Life’s Parade with deliciously funny storytelling from their own experiences with difficult people. Ricardo Beaird cuts a dashing romantic image at certain points in service of the ’50s ideal. Kevin McLaughlin brings forth his wonderful vibrancy throughout. He and Beaird are utterly darling and adorable in their musical moments of doo-wop and early rock n’ roll sounds. They echo the woman’s salient, wistful state of reflection. Life’s Parade transports us to the realm of the subconscious as we consciously sit watching it.