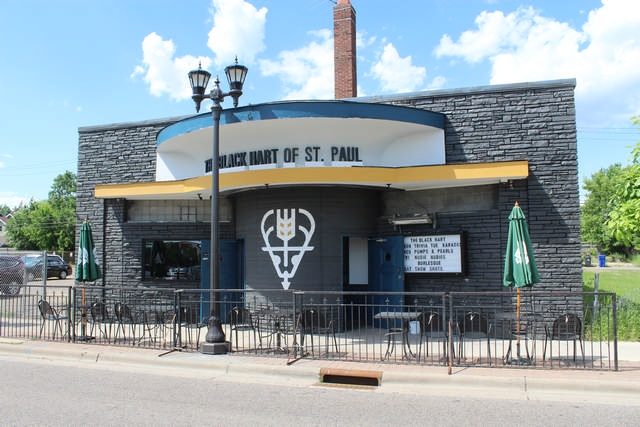 The Black Hart is the successor to the legendary Town House gay bar in St. Paul’s Midway district. Photo by Chris Tarbox

The Black Hart of St. Paul aims to keep the spirit of The Town House alive.

When St. Paul’s oldest GLBT bar closed down for good last summer, it seemed almost impossible for any successor to properly carry on its legacy. Indeed, when Holly Monnett sold the venerable Town House in 2018, many of its regulars were afraid of losing an integral part of the Twin Cities’ queer community.

As a businessman looking to open a bar for soccer fans, Wes Burdine was well aware of the precarious position he was in.

“There are very few good hanging out places in Midway,” said Burdine. “And I originally didn’t approach The Town House because I thought, ‘Man, I don’t want to mess with what this place has.’”

Nonetheless, Burdine knew how important the space was to the GLBT community, and if he was to purchase The Town House from Monnett, he needed to maintain that very sense of community.

“I looked at other places and then eventually, when those fell through, I called up Holly out of the blue and gave her the short version. She was really into the idea,” said Burdine. “She said, ‘This is the phone call I’ve been waiting for.’ Lots of people had approached her to buy the place: Dairy Queen, Starbucks.” 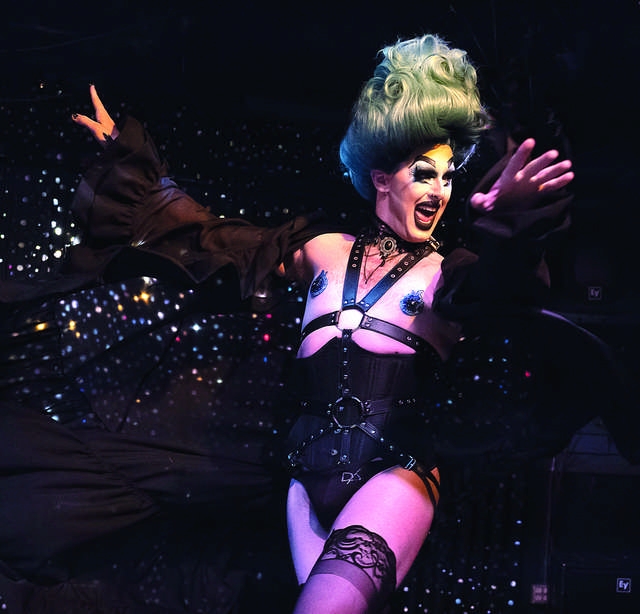 The Black Hart has played host to numerous drag acts since it opened, such as Trisha Spectacle. Photo by Barb McLean Photography

“But you know, you spent years building something to see it torn down for a Starbucks? Is that what you’re looking for?” Burdine continued. “So in that first conversation, I brought up the obvious, which is that this is the oldest gay bar in St. Paul. How do I do this plan and have it not displace people who have a home here, who feel very comfortable here?”

The space’s close proximity to the new Allianz Field meant that it would be a prime spot for soccer fans to converge before, during, and after games, and while that meant that a lot of clientele would likely identify as straight, Burdine was adamant in maintaining a close connection to queer regulars of his predecessor.

“It took a long time to get the deal through,” said Burdine. “Last year in March, it kind of got public and the sale didn’t go through until August. But once I was kind of outed publicly, I spent a lot of time here. It was nice having that delay just drinking with people, because it was a lot of people who were rightfully concerned, and no matter what I could say on a Facebook post or whatever, no one would believe you. I can’t properly explain to you what I want to do.” 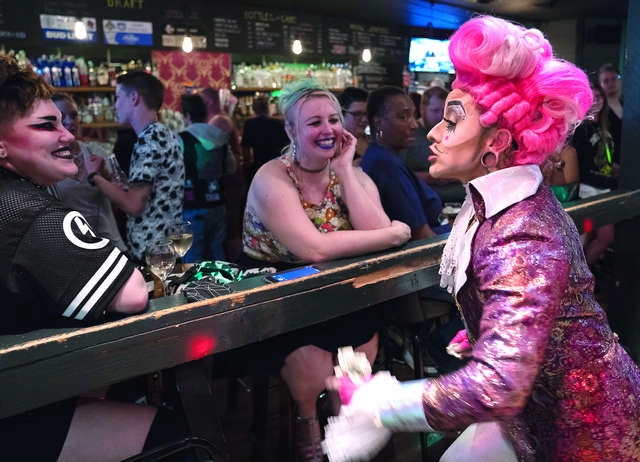 Burdine said that he spent a lot of time meeting with regulars and coming to drag shows several nights a week, engaging in conversation and hearing any concerns they may have, while reassuring them that The Black Hart would stay faithful to what The Town House created.

“I will say that the interactions I’ve had have been overwhelmingly positive,” said Burdine. “Every week for the first four months, someone would walk up to me, and it was just literally the exact same experience. They’d say, ‘Hi, I started coming here when I was 17 in 1970 or 1980 or 1990.’ They all came in here (as) their first gay bar and they’d been here forever and they wanted me to know that.”

Burdine said those initial six months of conversations gave him a chance to drastically change how he imagined the space.

“We specifically call it a ‘queer Midway soccer bar’,” said Burdine. “Those are the three people that we want, which is a pretty broad spectrum. But I want people to know that they’re coming into a space that is that is different in a very good way. They’ll encounter different kinds of people and that this has always been a very diverse bar. And we wanted to maintain that.”

Indeed, while soccer is a major theme at The Black Hart, drag shows and burlesque are a regular presence. This weekend, The Black Hart will celebrate its inaugural Pride Weekend with shows by Red Hot Rascals and Xavier’s Dragged Out, and Burdine has been thrilled with the positive overlap between his bar’s soccer fans and GLBT regulars.

“Last month we had our first home game that lets out at 9 p.m. We’ve got a drag show an hour later. The bar fills up,” said Burdine. “It was Barbara Gordon’s Lip Service that night. Her shows are always very bizarre. And there’s an act that she does with a pregnant Cher doing ‘If I Could Turn Back Time’. And halfway through, the scene from Alien happens. And a puppet of Sonny (Bono) pops out of her stomach. They do a duet of ‘I’ve Got You Babe’, and then she puts him back in and finishes ‘If I Could Turn Back Time’, and the first time I saw it, my jaw dropped. And so this was a crowd of 250 people who just came from a soccer game.”

“A good chunk of them have never seen the drag show before,” Burdine continued. “I just watched the faces and literally just watching (spectators) be blown away. And the kind of energy that happens from that… You can’t get that anywhere else. You’re getting a lot of different people in there for way different reasons and they just want to have fun. They’re really embracing what this bar is, which is inviting them into a way different experience. You can go to Buffalo Wild Wings after a game and chat it up with your brothers about the game. We want to create something unique, we want a gateway for both communities to come together.”

For more information on The Black Hart of St. Paul and its calendar of events, visit www.blackhartstp.com.