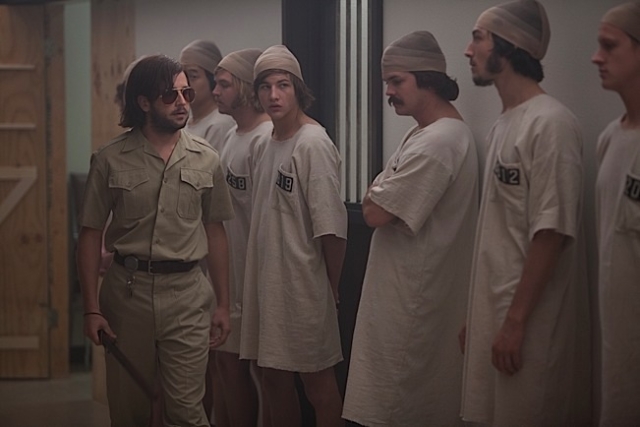 In 1971 the U.S. Navy, the Marines and Stanford University conducted a simulated and supposedly controlled experiment where young men were paid $15 a day to step into the roles of guards and inmates. However, things went out of control within one day of the two-week project, which was held in a Stanford basement.

The shattering film, The Stanford Prison Experiment, shows how the project empowered the guards to cross the line and act out intense verbal shaming and physical abuse frequently bordering on sadism. At points, scenes have homoerotic overtones. There is a clear effort by the guards to feminize the prisoners. The official controllers watch the cruelty voyeuristically on closed circuit screens and rationalize what they see. Gender-based thinkers and sex researchers will find much that will be of interest. That said, adult audiences in general will likely find this film to be a genuine thriller.

A young all-male cast as the guinea pigs shows that great film acting that takes your breath away needs no special effects. The guard actors boldly tap into a well of dark energy that needs no guns or explosives typical of so many violent male-dominated films. The inmate actors are courageously vulnerable in revealing the grisly emotional effects of psychological rape.

Billy Crudup astonishes in the lead role of the fanatically obsessed head psychologist, Dr. Philip Zimbardo, who justified the depraved techniques enacted. The film resonates of recent concerns where therapists have been involved in developing and defending questionable techniques for the U.S. military and penal system. Director Kyle Patrick Alvarez and screenwriter Tim Talbot are gifts from the universe — artists of conscience unafraid to plunge into the heart of darkness.