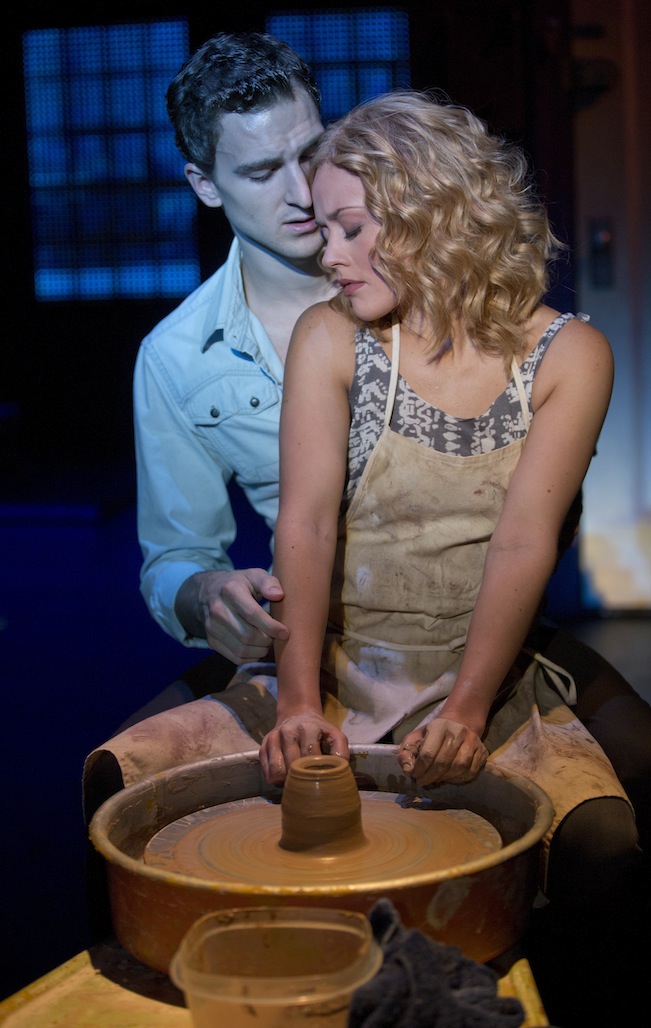 Seldom have high tech effects and lighting blended as harmoniously with intimate relationships portrayed on stage as with Ghost, the Musical at Orpheum Theatre. The Broadway National Tour re-imagines the 1990  film with a book by Bruce Joel Rubin, music by Dave Stewart and Glen Ballard, and lyrics by all three.

Steven Grant Douglas astounds as Sam, a financial worker doing well in current-day Manhattan. Douglas is like a musical stallion who sings beautifully and moves with exquisite masculine grace. This is especially beguiling as he plays Sam’s ghost throughout most of the musical. The ghostly Sam can see life in Manhattan and move among our physical plane but he cannot be heard or seen or even felt by those of us in the corporeal world.

The musical’s tension draws from warning his living girlfriend, Molly (a splendid Katie Postotnik) that she is in grave physical danger for unsettling reasons that unfold through the events and actions. Carla R. Steward is fabulous in the role of psychic Oda Mae, who navigates the dimensions. Robby Haltiwanger as Carl, Sam’s corporate friend, is powerful in voice and ably portrays a man with negativity beneath a seemingly sunny corporate surface. 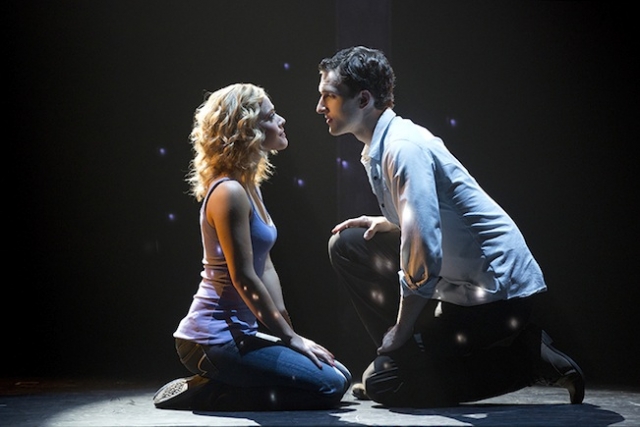 It’s that corporate element that lifts Ghost to something above the average. Rubin, Stewart, and Ballard really dig into the behaviors and social ramifications of the Wall Street greed cult that has misshaped so many personalities in recent years and which has damaged countless others. Frankly, its rather ingenious and director Matthew Warchus illuminates all that in a heightened, sometimes spellbinding way.

Ashley Warren’s choreography is boldly unlike standard Broadway fare. He has varied the dance with contemporary dance movements, kineticism, and images that recall evocative painting. Magritte, Van Gogh, and Seurat come to mind. He apprehends the maddening way in which both our daily lives and our economic system is teetering out of control and deleting our humanity.

This is also reflected in Jon Driscoll’s video and projection design and Hugh Vanstone’s lighting. Electronic ticker tape seems to flow through robotic dance movements that seem to warn that we are systematically dehumanizing ourselves with our unexamined manic daily routines.

In sumptuous contrast, bold blues and romantic images point to a life of the loving natural creatures we are deeply meant to be.