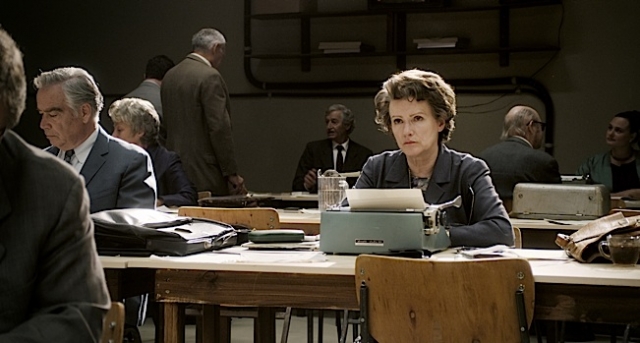 Near the beginning of Hannah Arendt the philosopher title character tells her close friend, novelist Mary McCarthy, that “men in your novels are not perfect. Why do you expect the real ones to be any better?” This sets the stage for director Margarethe Von Trotta’s remarkable biopic that recounts the volatile controversy and hysteria surrounding the German-Jewish political theorist’s examination of Adolf Eichmann.

After World War II ex-Nazi Lieutenant Colonel Eichmann was assisted by the Vatican to escape to South America where he was eventually found by Israel’s secret agency, Mossad. He was taken to Jerusalem for what could legitimately qualify as ‘the trial of the century’ in 1961.

By that time Johanna ‘Hannah’ Arendt had emigrated to New York, was a busy professor, and her Origins of Totalitarianism was an established contemporary classic. When she went to Israel to cover the trial for The New Yorker magazine, it was assumed she would ceremoniously denounce Eichmann. But she didn’t. Nor did she excuse him, What her articles did was examine his mediocrity as an obedient cog in a monolithic machine – a proverbial follower of orders. She also pointed out that some of her fellow Jews were complicit with Nazis in some instances. 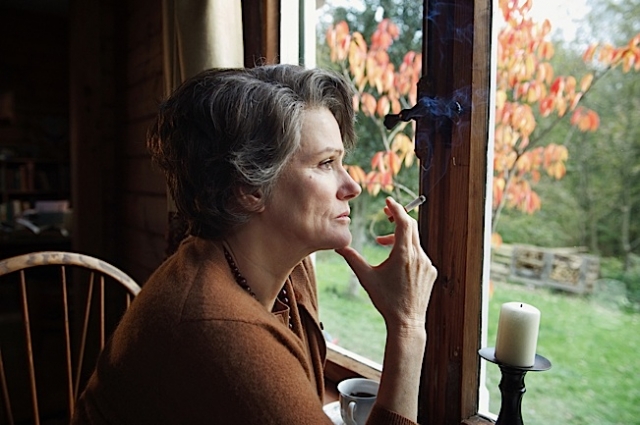 This heretical view made for hate mail, death threats, and rejection by many in her peer group, which, as Von Trotta shrewdly considers are just following their fear of being associated with controversy. This, of course, was part of Arendt’s gift to the world – we could all, just about any one of us, become followers of orders in the name of some bigger cause, whether it be political, corporate, familial, religious, etc. Most of us have an Eichmann within us. Morevoer, if we are a member of a minority or an oppressed group we are not just automatically virtuous.

Arendt coined the phrase ‘the banality of evil’ and the film delves into that to stimulating effect in its interpersonal scenes as well as lecture scenes. ‘Evil’ is an overused, misused, and misapplied word that Arendt thought about long and hard. She said that evil was when human beings are made superflous and that totalitarianism in its final stages has a madness that cannot be explained by motive. 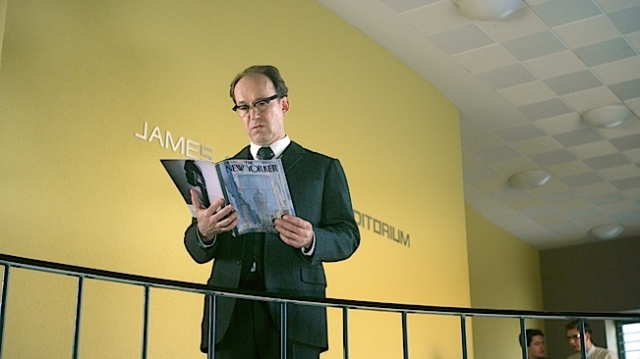 Von Trotta and co-screenwriter Pamela Katz have crafted a script that contrasts the intimate with Arendt’s rhetorical richness. Some will say some scenes are written self-consciously but I would beg to differ. It’s reminiscent of the Brechtian theatrical style where we the viewers are made aware of what it is we are watching – and that is deliberate. Hannah Arendt is a unique film that makes us both feel and think deeply. The script, so brilliantly enacted, is at the root of this succes. That the film is in both English and German (with subtitles) adds a wonderful dimension. 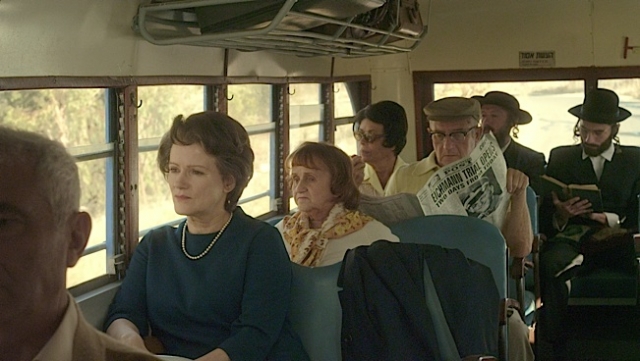 Barbara Sukowa gives a magnetic and marvelous performance as Hannah. She has the gravity, the charisma, the intellect, and the beautifully understated passion that we the viewers see, but which the protagonist’s detractors cannot, will not see. Reflexive accusations against her as being a so-called ‘self-hating’ Jew are reminiscent of our own time when persons who are members of a marginalized group counter the wrongheadedness within their own group and their own group’s allies. It’s called integrity.

It brings to mind how we saw how glbt and feminist activists mischaracterized and decontextualized some of Camille Paglia’s statements and in the African American community, how the late C. Delores Tucker was met with similar unfairness. 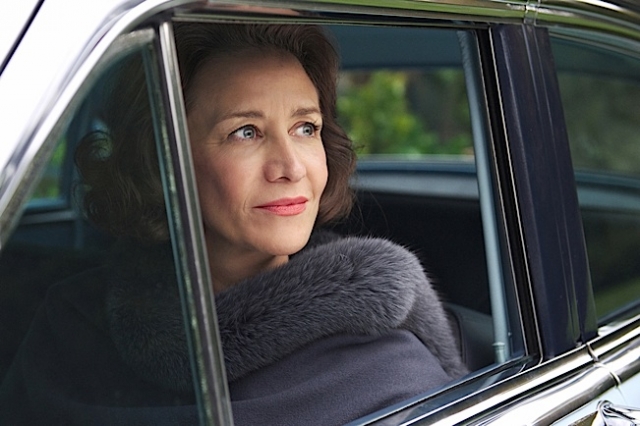 Janet McTeer’s McCarthy has a breadth of spirit that’s simply joyous. The gal pal chemistry between the two is fabulous. Both women seem destined for Oscar nods – starring and supporting. Axel Milberg gives a warm and touching performance as Arendt’s husband, Heinrich Blucher. Klaus Pohl and Freiderike Becht are perfect in evocative flashbacks between philosopher Martin Heidegger and young Hannah. Heidigger was Arendt’s mentor and lover. He became, like Eichmann, part of the Nazi machine. Arendt would end up in France in the period when the Nazis would begin their occupation. Her Jewish identity and association with Marxist intellectuals made her an obvious threat to Hitler’s regime. Heidigger and Arendt’s varying ideas about action and inaction are woven deeply within the content of this remarkable and fascinating film.