Halloween is the “Great Gay Holiday” 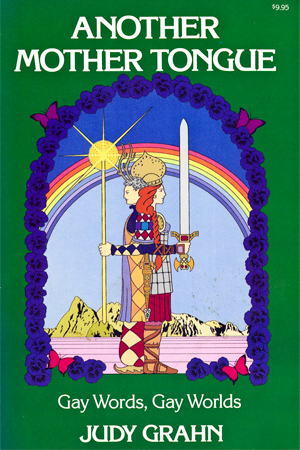 When you celebrate Halloween this year at one of the local GLBT bars or other venues, you’ll be continuing a community tradition that dates from time immemorial.

Long before the advent of such events as Pride, National Coming Out Day, and Gay History Month (the latter two in October), Halloween was—and still is—the gay holiday par excellence.

Active in the gay movement for a half-century now, lesbian writer Judy Grahn published her classic Another Mother Tongue: Gay Words, Gay Worlds in 1984. It’s a treasure trove of information about gay culture from ancient to modern times. Incidentally, her discussion of the importance of the color lavender in relation to GLBT folks throughout history inspired me to name this magazine Lavender when it debuted in 1995.

As Grahn notes, “Halloween is the most significant Gay holiday. Elaborate drag balls often accompanied by costume parades and attendance by stars and political figures, large parties, processions, limousines, and mass public turnouts in Gay ghetto areas on Halloween mark it as the Night of Nights for the Gay community.”

Going back to our countercultural pagan ancestors in the distant mists of time, Grahn points out that Halloween, originally called Samhain, was the most important of the Celtic holidays, marking the beginning of the New Year.

Indeed, as the San Francisco gay community burgeoned after World War II, Halloween grew to be a major community event, with the revelry moving to the Castro by the late 1970s. Many referred to it as the “gay high holy day.”

Concomitantly, the much-smaller Twin Cities gay population observed Halloween annually with a popular drag ball at a large hotel, the one day of the year when they truly could be themselves. Today, that tradition lives on with the many festivities at local GLBT bars.

This October, don’t miss the opportunity to continue the celebration that GLBT folks have been carrying on for centuries. As Grahn puts it, Halloween is the “Great Gay Holiday.”