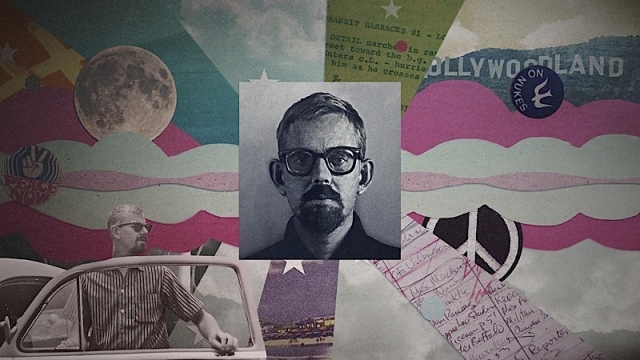 1970s Hollywood is etched in cultural history as a point of no return. The Sexual Revolution, the Civil Rights movement, divisions over the war in Vietnam, and heightened awareness of corruption in high and hidden places made their effects felt in film after film after film. The traditional studio system was in its last gasps, yet it was still producing and feverishly adapting to a new era. A younger generation of directors with a renegade spirit and progressive anti-establishment attitudes grooved into creative power positions. Names that spring to mind are Francis Ford Coppola, Mike Nichols, Woody Allen, and Robert Altman.

Another figure, who ranks right up there, is Hal Ashby (1929-1988). He started in the editing room, ultimately winning an Oscar in that category for the film that also won the 1967 Best Picture Oscar, In the Heat of the Night. Within a few years he would go on to actually direct. First came The Landlord (1970), with intense racial themes and a young Louis Gossett Jr. After that came the cult film by which all cult films seem to be measured against—Harold and Maude (1971). This transgressive love story between a 18-year-old androgynous man and a 79-year-old woman gave studio heads fits. The money men (ever a thorn in Ashby’s side) couldn’t wrap their mind around the possibility that such an age gap could actually find an audience. It starred Bud Cort and queen of kookiness, Ruth Gordon. 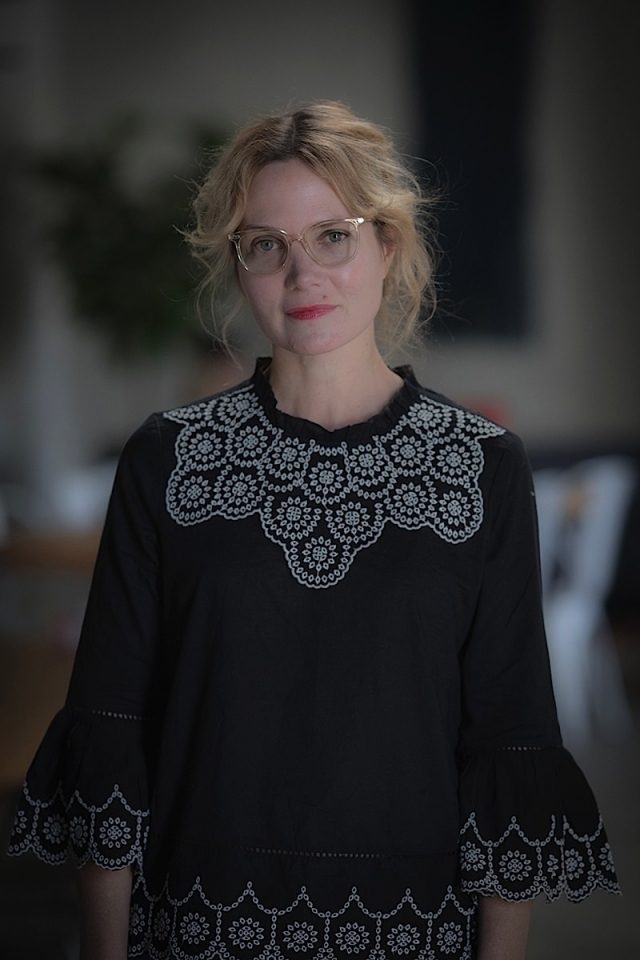 Hal, from documentarian Amy Scott, captures and chronicles the outlier who literally raged against the studio moguls, often with impolitic profanity-driven tirades. He made a small number of films in comparison to other legendary filmmakers but his mark is indelible. Ashby’s ’70s work captures the zeitgeist of the era, as much or more than any other American filmmaker. As Scott points out, some considered all of his film’s of that decade to be masterpieces. If you think that’s an overstatement, I suggest you check some of them out. Hal has memorable scenes and rich commentary on all of them.

Ashby can legitimately considered to be a bona fide auteur who took defiant views against the status quo. The Last Detail (1973) was an Oscar-nominated Best Actor breakthrough for Jack Nicholson as a volatile sailor, angrily discontented with the navy, who escorts a prisoner to what will likely be abusive military incarceration. It rails against the U.S. military justice system rather than the Vietnam War itself which was winding down at the time.

In Shampoo (1975), Warren Beatty plays a heterosexual hairdresser not above passing himself off as homosexual if necessary, but who compulsively beds wealthy women in Beverly Hills. It posits a view that the election of Richard Nixon seven years before the film was made, might be go down as the beginning of a dreadful right-wing backlash.

Ironically, Ashby, ever the harsh critic of American conservatism, made Bound for Glory (1976), the most impressive vision of American history nominated for Best Picture in the bicentennial year. Even conservatives loved it because at that time there was still a general consensus that FDR’s New Deal saved the nation. Bound for Glory’s uncanny historical attention to the detail of the Dust Bowl and the Great Depression, as well as the common people of the time and place, is surely one of filmdom’s supreme evocations of that period’s turbulent chapter. Of course, Bound for Glory’s folk music protagonist, Woody Guthrie, played by David Carradine, is shown as a hero of the working class. The film is definitely leftward in its political view. In Coming Home (1978), when Jane Fonda’s character’s husband, played by Bruce Dern, is off fighting in Vietnam, she has a torrid affair with a paraplegic veteran played by Jon Voight. Their intensely erotic love scene remains one of the most beautiful in all of film. Like Harold and Maude, it crosses conventional boundaries of the standard view of romantic relationships. In this sense, Ashby’s blunt take on forbidden love prefigures gay love of mainstream film’s future as depicted in The Hours and Brokeback Mountain. Fonda and Voight won the Best Actress and Actor Oscars. It is difficult to dispute the Academy’s choice to honor them. It’s quite a picture, no matter what your view of the Vietnam war may be.

Ashby’s last film of that decade, Being There, satirizes the the triumph of image over substance. Peter Sellers was Best Actor Oscar-nominated as Chance, the innocent gardener who Fate ultimately ascends to the American Presidency. Beatty’s sister, Shirley MacLaine in glamorous form, co-starred. The film’s deeply contemplative style still shimmers with a unique mix of sweet and dark humor. A beloved artful gem of a movie, Being There diverges away from the dynamism of most of the auteur’s previous work. 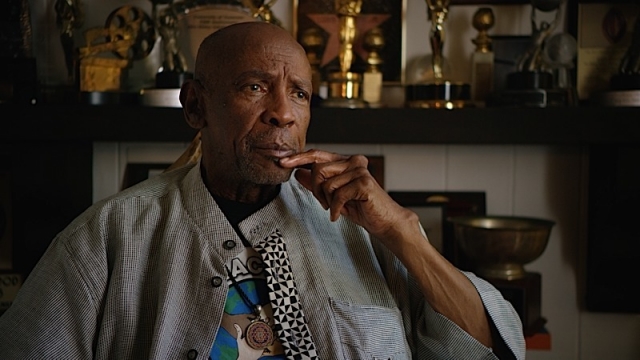 Hal would be captivating enough with only its film clips from the seminal ’70s classics. But the man’s troubled past is frankly blended into the essence of Scott’s observations of his record as an auteur. As a boy in Utah, Ashby’s father committed suicide, something he never got over. Indeed, suicide themes gain dark comedic traction in Harold and Maude and dramatic power in Coming Home.

In the ’80s foreign corporations and mergers coldly ripped artistic control of movies from American directors even more than before. Even during his heyday the obsessive Ashby would literally go into profanity-drenched hysterics both verbally and by typewriter as he lashed out at studio heads thwarting his visions—even after his golden track record was well established and his productions were consistently brilliant and profitable. After that period, sadly, his output shriveled. We can’t help but wonder that had he changed his approach toward the moguls, the director may have continued to flourish. 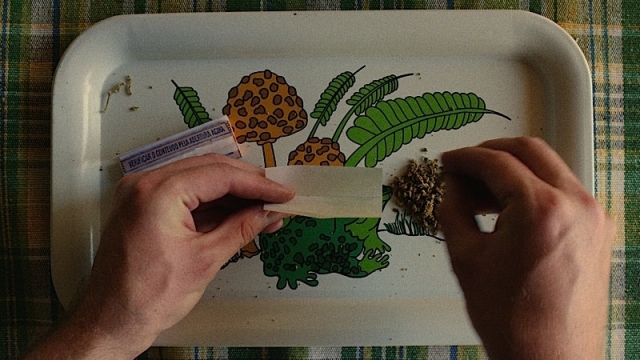 Unfortunately, as Hal points out, Ashby’s unhinged temper and his chronic need for marijuana frightened people in the film industry who didn’t know him well, especially those pulling the financial strings. His marriages and neglect of his daughter came back to haunt him. This is actually something that could have been more critically explored, though another documentarian might be better suited for such a task. But Ashby’s actors loved him. However, one wonders if he would be able to get away with the same irreverence today given the current climate of political-correctness, ironically perpetuated by the actual progressive belief system he championed and shaped into iconic films. (Though the pro-cannabis contingent will surely be content.) 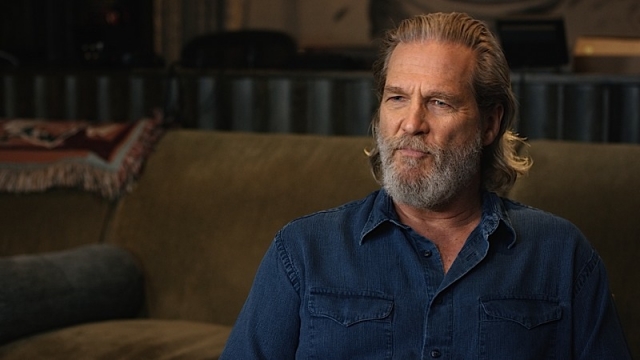 Recollections from Beatty, Dern, Voight, Fonda, Cort, Lou Gossett Jr., and the Bridges brothers, Beau and Jeff, among others, demonstrate the fond memories Ashby left behind. Hal further fascinates with glowing interviews with legends such as director Norman Jewison, cinematographers Caleb Deschanel and Haskell Wexler, and screenwriter Robert Towne. Additionally, substantive admiration from a younger generation of accomplished directors also sound off: Lisa Cholodenko, Alexander Payne, and David O. Russell. These make for a scintillating documentary experience that will illuminate those unfamiliar with Ashby’s genius and those who could benefit from re-thinking just how different the 1970s were from the decades that have followed. Film buffs and even those who have little interest in film or say they dislike documentaries, are bound to be captivated.