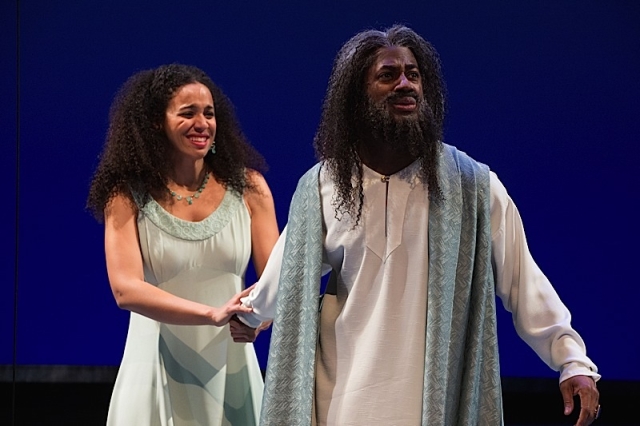 Joseph Haj, the Guthrie Theater’s new artistic director, has staged his first Guthrie production on the theater’s Wurtele Thrust stage. Vivid performances and evocative imagery make this staging of William Shakespeare’s Pericles, Prince of Tyre an enchanting experience. Several actors whom Haj has directed previously at the Oregon Shakespeare Festival are part of a uniformly solid cast. It is a nice opportunity to get a look at some new faces who may well be part of the Guthrie’s future. 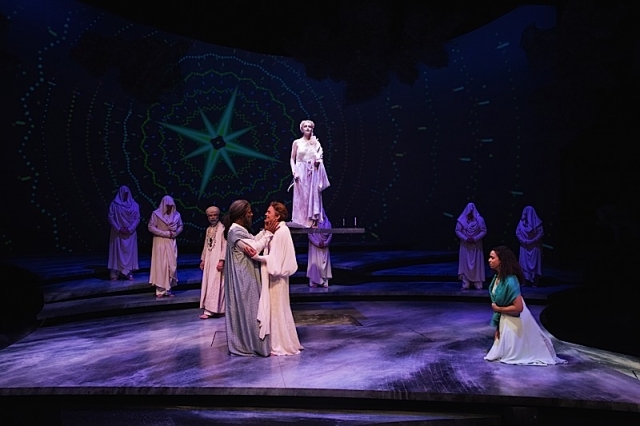 Lead actor Wayne T. Carr captures the heroic spirit of Pericles, the man, with passion, likability, and empathy. Jennie Greenberry shines as his daughter, Marina, whose own story is an epic in itself. This play is not written with the very complex characterizations one gets from some of Shakespeare’s later works, though you can’t escape the horrendously oppressive spirit that was foisted onto women in ancient times. For newcomers to such historical drama, this may well be a revelation. The play feels like a the work of a younger man. Nonetheless, Pericles has a fairy tale and fable-like spirit that charms.