Guthrie’s ‘An Iliad’: A Beautifully Acted Lament on the Devastation of War 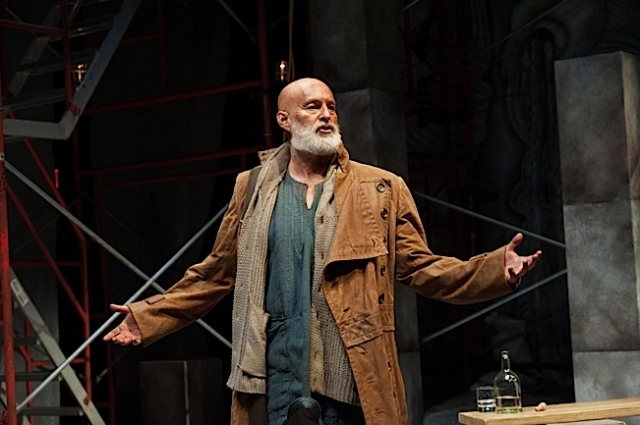 Homer’s ancient Greek epic is performed as it would have been ages and ages ago – by a storyteller. At the Guthrie, Stephen Yoakam takes on that role and relates with staggering forlornness the human catastrophe that was the Trojan War. Lisa Peterson and Denis O’Hare’s stage adaptation infuses many other historical references right up to recent times throughout this 90 minute tour-de-force. This makes Western culture’s seminal work urgently relevant. Yoakam’s masterful and wrenching turn, directed by Benjamin McGovern, leaves us with the notion that humanity must finally change its destructive and self-destructive ways. Not to be missed.