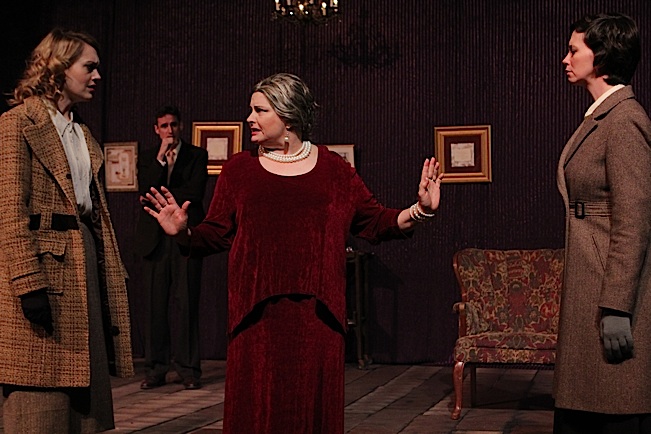 The Sabes Jewish Community Center has staged a gripping revival of Lillian Hellman’s 1934 groundbreaker, The Children’s Hour. Stephanie Cousins and Danielle Siver lead a crackling multigenerational acting ensemble guided by the sure and intuitive hand of director Anya Kremenetsky. The story involves vindictive false rumors of sexual contact between two women teachers at a girls school. Abby Maas gives an incisive performance as Mary, a deeply troubled student who has turned emotional blackmail and extortion into a way of life. We hear the archaic term ‘unnatural’ used at times – it was code for ‘queer’.

Cousins and Siver are a dream duo who contrast each other perfectly as the teachers who have been friends for years. Cousins brings an elegance to Karen and Siver a bristling discontent to Martha. 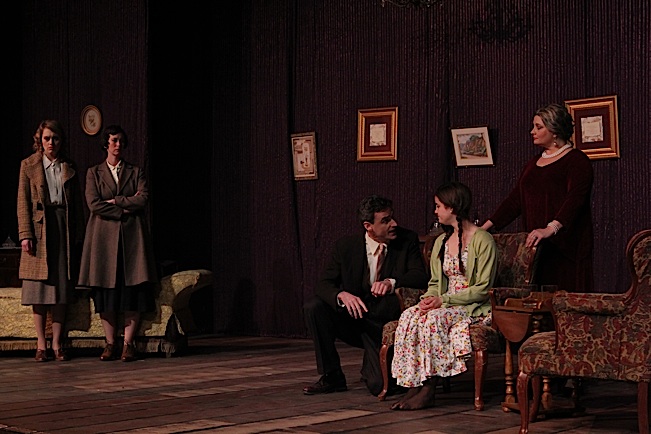 The cast beautifully elicits many dimensions Hellman has built into the script. On one level, it’s about how easily rumors can lead to sex hysteria. To what degree is rumor-mongering a substitute for adventure, one’s own sexual frustrations, or just a way to be irrevocably cruel. There’s the way in which the pre-Sexual Revolution world of the play disallows outright frank informed discussion about sex. Innuendo reigns. Stigma in the ’30s could mean that even if you left the town where the lie began, it could still follow and devastate your life. It also gives a sense of how children’s cliques can become mini-dictatorships. (It’s worth noting that Hellman co-wrote the terrific screenplay to Dead End, which dealt with thuggish boys and class, released three years later.)

Sam Ahern gives an alternately touching and maddening performance as Martha’s fiance who cannot wrap his head around the notion that the accusations are false. Cousins’s Karen is a splendid example of a woman progressively realizing the full monolithic force of how ignorant puritanical values run the society she lives under. Siver’s penetrating performance at times is spinetingling. 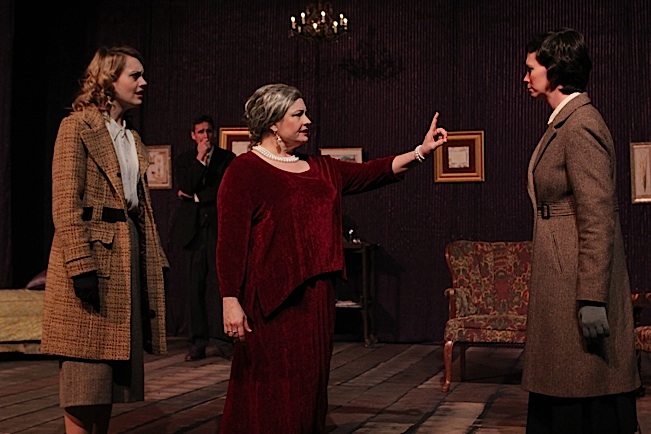 Hellman was Jewish and straight. She was targeted by the House Un-American Activities Committee during the McCarthy era. In historical terms, she is America’s greatest female playwright, yet her picture is not on the Guthrie Theater patio.