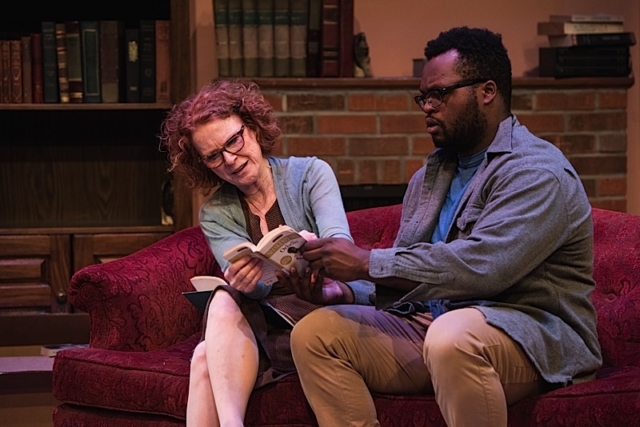 There is a vast misconception in our culture that the plays of William Shakespeare are inaccessible. However, the canon “the Bard” left us has carried on continuously for four centuries going on five, and he has been the most widely produced playwright in every era since the English Renaissance, including our present one. This means that a vast swath of the population not only comprehends him, but thoroughly enjoys his work. And that includes countless in the general population—not just history buffs, theater practitioners, and academics. Shakespeare has a way of appealing to those who just love to be entertained and absorbed, as well as those who actively seek deeper understandings of what it is to be human in the world.

That said, why are there still so many intelligent people who either resist or are intimidated by the Bard of Avon? It should be noted that there are people who don’t have more than a high school education who comprehend and enjoy a good production of Romeo and Juliet, A Midsummer Night’s Dream, or Macbeth as much as they do any number of other modern plays or films. That’s because the playwright hits at a core of primal truth about human feelings and motivations. And if there was ever any play that comes close to answering that big question, it’s Taking Shakespeare by John Murrell. 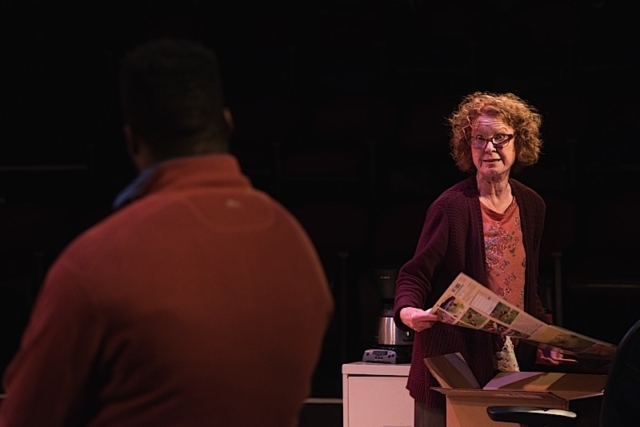 Gremlin Theatre’s in-house area premiere fleshes out that question with bracing insight. Linda Kelsey gives a subtly miraculous performance that delves deeply into the depression of a late middle-aged woman who was once known as an inspirational Shakespeare professor. Interest in the Bard among the college students where she teaches has waned in recent years and to make matters worse, this woman, referred to as “Prof”, has missed classes and seems to have lost her spark.

However, when a 24-year-old student named Murph enters her life, at the urging of his mother, an admiring former student of Prof, a psychic earthquake rumbles between and beneath the two. Murph has been all but written off by his mother because of his slacker ways. Disinterest in reading, fixation on video games, and lack of traditional ambition have understandably bothered his mother, but we are made to consider the unfairness and prejudice baked into her expectations. Though Murph’s mother, who is a college dean, is not an actual character on stage, she is like the play’s third character created in the audience mind. Therein lives a canny criticism on academic administration arrogance.

Prof very reluctantly agrees to tutor the young man, and as they study the text of Othello, Murph incrementally becomes conscious of the content and portent of the words and how they contain currents and undercurrents relating to how people experience and interact in situations and circumstances. He comes around to seeing how the very structure of the play itself and the varied intentions of the different characters reveal perspectives that the complacent reader would simply evade by putting the script back on the shelf and reading something far less challenging or going back to surfing the web. Not to mention encountering the ancient concept of what it is to live an honorable life. However, this is not by any stretch some heady play for nerds. It breathes with power and dynamic brilliance. 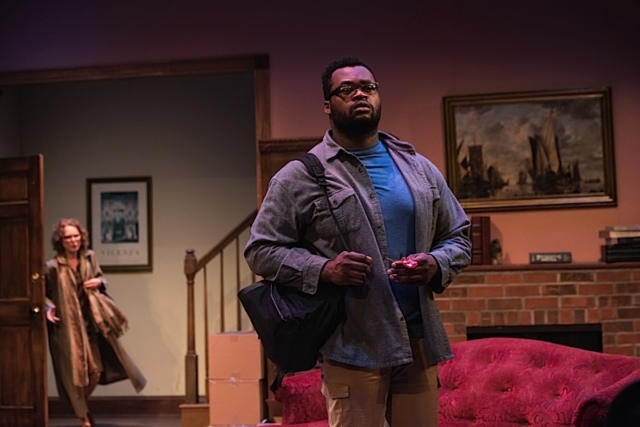 One might compare Taking Shakespeare to David Auburn’s mathematically and academically-inclined Pulitzer Prize-winner Proof. But make no mistake, Taking Shakespeare is a far sturdier, straightforward, and confidently shaped work by far.

Prof, in reconnecting with a text she actually knows well is impelled to come back into its presence and realize Othello still has meanings she has yet to excavate. In turn, she is made to face up to her resigned attitude toward life and becomes present again to how the plays of the Bard lift the receptive reader or watcher to something bigger than themselves. Taking Shakespeare reminds us of the illumination that can be gleaned from reading a text out loud.

Prof also gets an idea how her crusty demeanor (a defense mechanism?) can sometimes be counterproductive. In our period of navel-gazing and narcissism masquerading as “being our true selves”, Murrell points out that it is actually when we knuckle down, face our doubts, and give ourselves over to something that challenges and makes us wrestle with our limits and assumptions that we can find the capacity to move forward. (There is an element of joyous humility and inquiry in this.) This is exactly what happens with both characters played so wonderfully on the Gremlin stage.

The magnetic John A. W. Stephens captures numinously the deepest essence of the proverbial struggle for purpose in young manhood – an identity issue older than literature, yet which ironically has been essentially removed from the current discourse on identity.  Perhaps, one must go to the classics, rather than therapy or activism, in order to unconceal that purpose. We are made to consider the fabled concept of a Moral Education or a Sentimental Education. 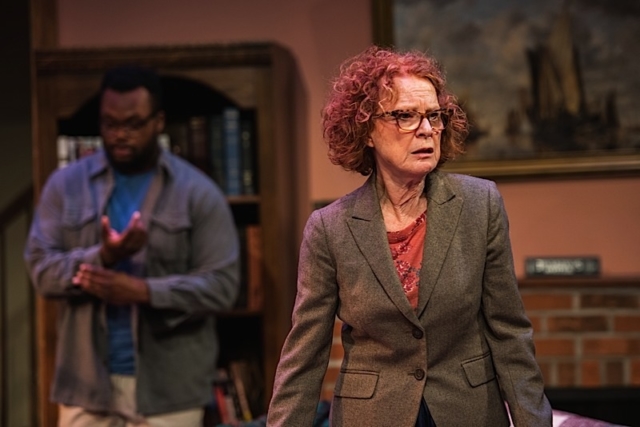 The young Stephens matches the legendary Kelsey (nominee of five consecutive Emmy awards and three Golden Globe Award nominations) beautifully. They are peers and equals together on stage as they spirit forth a work on the power of literature that will appeal even to those who might think that sort of thing wouldn’t interest them.

What’s especially notable about Kelsey’s portrayal is that Prof is written at a level of depressed energy throughout, but it’s nearly impossible to take your eyes off this actress. This magical pair, directed with piercing intellect and loving passion for Murrell’s themes by Peter Christian Hansen, constantly takes the audience by surprise as they explore the Othello text. His actors reveal the inner power we have as humans to rejuvenate ourselves through the language and examination of human behavior conceived by a monumental playwright. The focused study of a play leads to discoveries of one’s self. The audience is taken with them on that journey and it is thrilling!