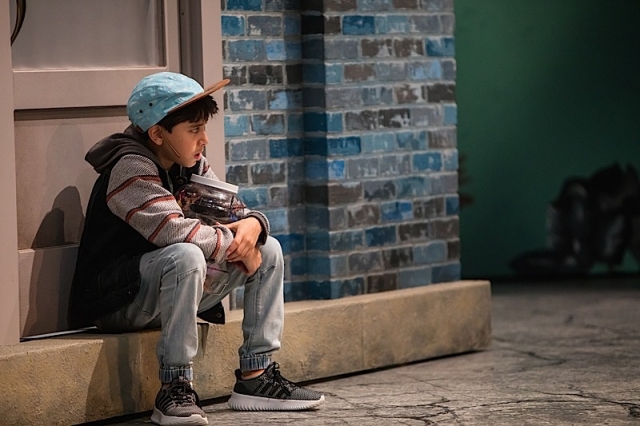 Acclaimed playwright Cheryl L. West has adapted Matt de la Pena’s Newberry Award-winning book, Last Stop on Market Street, into a life-affirming joy of a musical co-commissioned by the Children’s Theatre Company and Chicago Children’s Theatre. Its world premiere in Minneapolis features the incomparable Greta Oglesby as Nana, the vibrant grandmother whose exceedingly insecure grandson, CJ, comes to visit her in in the inner city. The musical thrusts the boy into the volatile life of the inner city by way of a bus trip en route to a soup kitchen, opening his eyes to the larger world. 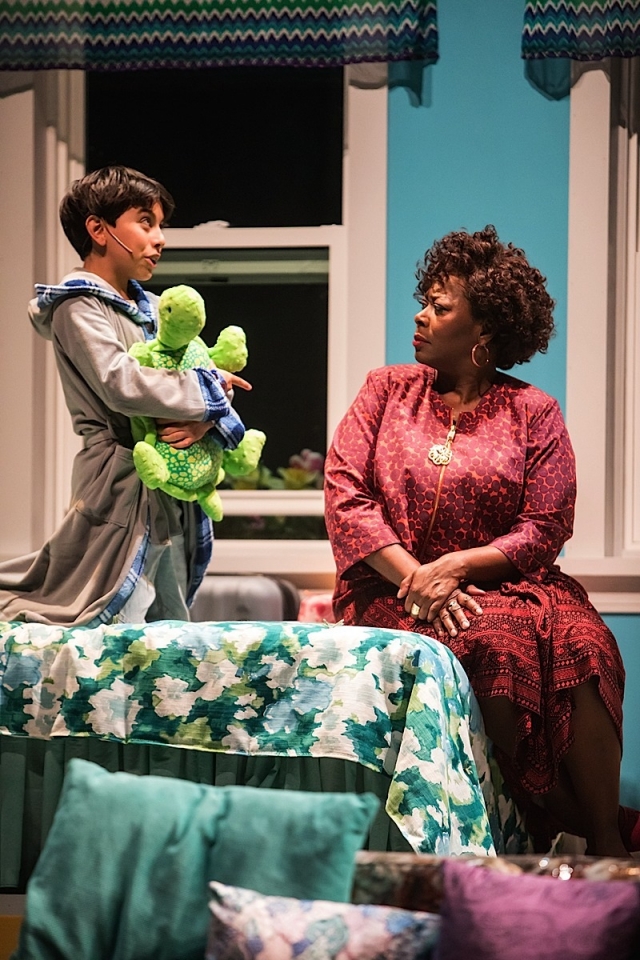 CJ, played with startling fragility by Alejandro Vega, not only lacks any sense of what his grandmother thinks and feels, but he doesn’t even seem to have an instinct or intuition of the person she is. His upbringing has left him bereft of family and cultural history and a paranoia toward anything new. The boy’s natural sense of curiosity has been severely thwarted for reasons that are largely left up to the imagination of the audience.

Last Stop on Market Street could be re-titled The Moral Education of CJ as he discovers many fundamental things that adults and many other children take for granted and that phenomena he thought was threatening may not necessarily be so. For instance: the way phones can and do disrupt our inner peace and that other adults and children less fortunate than him actually exist. Sure, that seems so basic. But such basics are vital to a healthy relationship to the world within and outside of ourselves. CJ is emblematic of today—a casualty of childhood hijacked by technology. 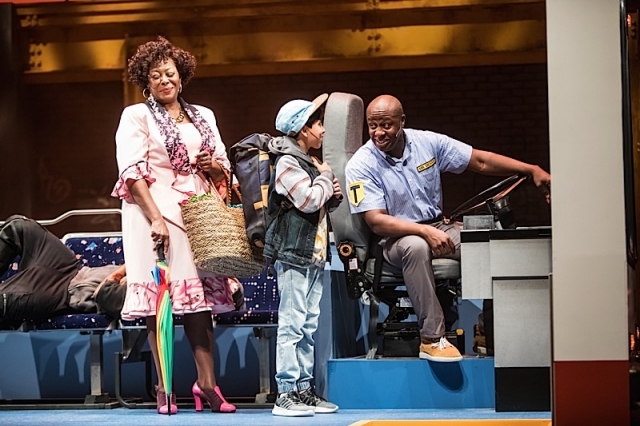 Thankfully, Nana comprehends CJ’s lack of guidance, lack of information and the psychological ramifications of those things immediately. Her very presence is like a force of consciousness that jolts her grandson, as well as the audience, especially as played by the radiant Oglesby. Through her he is gently redirected into interacting with people. Serving at the soup kitchen opens a portal to heightened perception and a capacity for compassion. 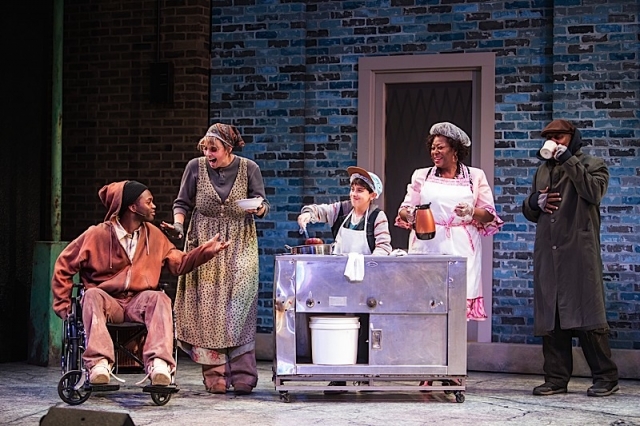 Last Stop on Market Street pulsates to our current moment. Always plugged in so that he doesn’t have to relate to others, CJ lives in a sustained state of anxiety. This theme is germane to our era when Facebook, Google, and Dragonfly imbue cultures worldwide with the idea that technology is ubiquitous, therefore, inevitable and inexorable. Technology is now the authoritarian parent.

Nana’s innate Sermon on the Mount view of Christianity sparkles through her words, her gospel music sensibility, and the deep sensitivity and concern she feels toward her grandson’s neurosis. Yet the loving Oglesby never becomes cloying or preachy. She plays the role so that Nana’s faith is her very essence. 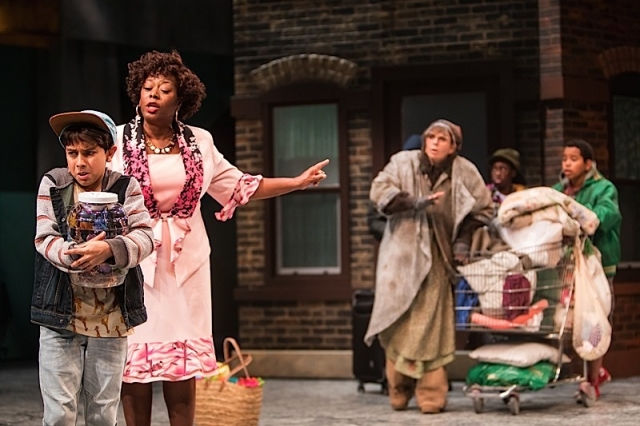 Director Henry Godinez’s cast exuberantly lives into hip hop and rap-driven zest of the music and lyrics by Lamont Dozier and Paris Ray Dozier. Sanford Moore’s music direction and Ashley Selmer’s choreography enhance the inner city vibe. Last Stop on Market Street surges as a beautiful theatrical experience that brings people together across the spectrum. In CJ’s journey, we recognize how our own fears can overwhelm us and that we often have the choice to be hooked by that or not.