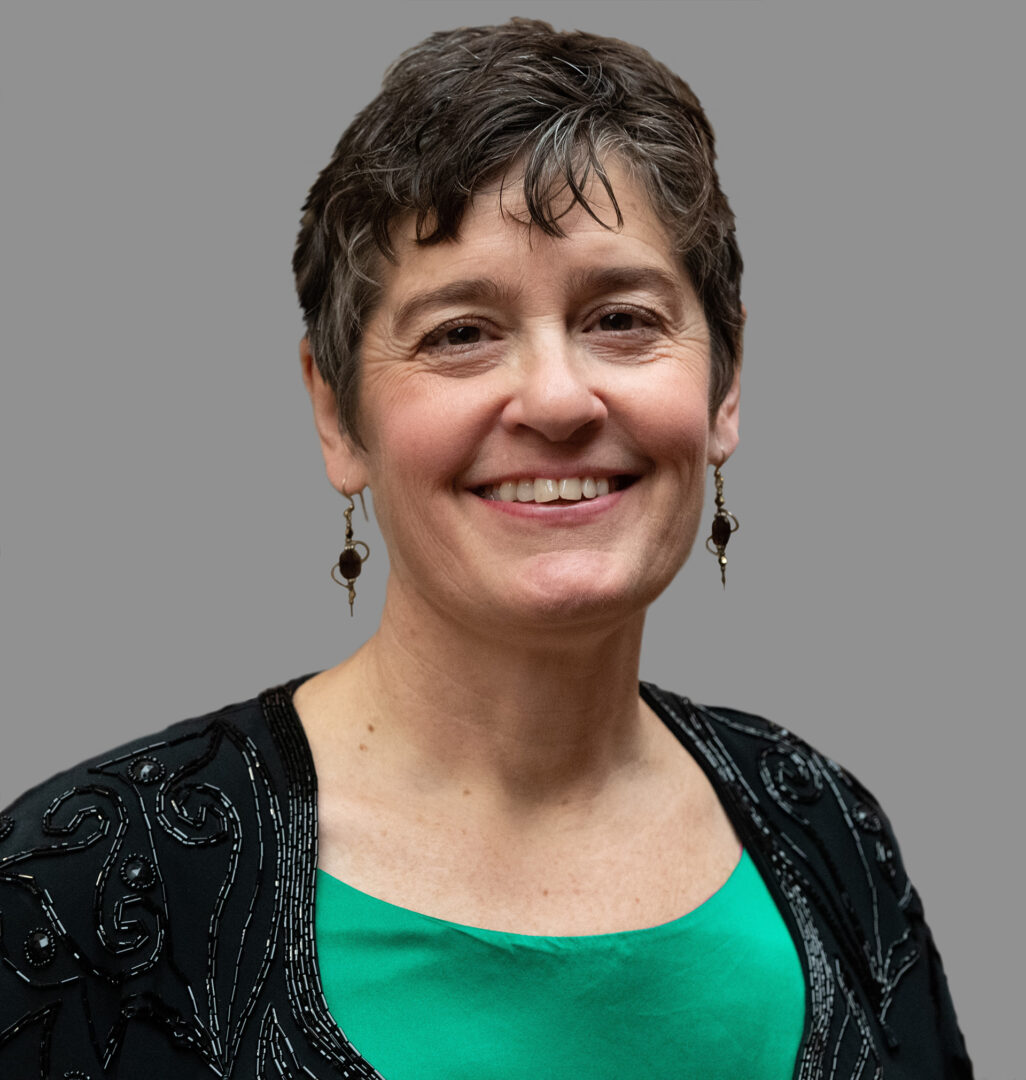 At the close of her January 2023 season, Jane Ramseyer Miller will retire from her 27-year tenure as the Artistic Director of One Voice Mixed Chorus. Ramseyer Miller’s legacy as Artistic Director stretches nearly the same length as the lifespan of the choir itself, which was founded in 1988. One Voice has grown under her purview: it is now recognized as one of the largest LGBTA choruses in the nation and it has a reputation for using music to tell a diverse array of powerful stories. Ramseyer Miller’s legacy will be remembered fondly at One Voice and, although they will no longer be in lockstep, there are exciting things on the horizon both for her and for One Voice.

One Voice has changed significantly over the years. “Originally I was the only staff person – now we have a staff of four and many contractors and volunteers,” Ramseyer Miller says. “One Voice had forty singers at their first concert, and we have 125 today. We had to put a cap on that number because it’s important that we have a community in the chorus.”

One of the most formative things that Ramseyer Miller did was to connect the mission statement to action for the choir. “It was probably 20 years ago…Our mission is ‘building community and creating social change by raising our voices in song’,” she says. “I asked the singers: if we were fulfilling this mission, where would we sing? The majority of the singers said ‘schools’. This was the early 2000s, so that was a terrifying idea.”

Singing in schools might have been terrifying, but it solidified One Voice’s mission. Adult choir members “who [couldn’t] imagine what it would have been like…to have a gay choir come sing at their schools” now had the opportunity to be that choir for the next generation. Occasionally parents or teachers reacted negatively, but the reception by students has been overwhelmingly positive.

Still today, One Voice stays true to the mission to sing in uncomfortable settings with the understanding that that is where creating change is most important. “Every fall we have a community engagement tour in rural Minnesota,” says Ramseyer Miller. “If we’re just singing in halls for people who love us we’re not fulfilling our mission.”

One Voice has shaped Ramseyer Miller as well. “I am definitely a better listener than I used to be,” she muses. “I have learned to program in a way that is deeply authentic. …I strive to make sure that [One Voice and its community partners are both] setting goals and engaged with what the final concert looks like.”

Ramseyer Miller has increasingly prioritized storytelling in concert over the years. “We integrate the stories of our singers as a link to link themes and songs,” Ramseyer Miller explains. “It’s a passionate chorus.“ This emphasis on storytelling has led to collaborations with Eureka Recycling, Kairos Dance, Green Card Voices, The Indigenous People’s Task Force and many more.

In 2017, Ramseyer Miller commissioned and premiered “Bayard Rustin: The Man Behind the Dream”. “Rustin was the Civil Rights activist who organized the 1963 March on Washington,” she explains. “He’s been erased from history because he was gay. To bring his story to light, I commissioned a multi-movement oratorio of his life.” Touring this show was a highlight of Ramseyer Miller’s time at One Voice, largely because of its timing. “The 2016 election was frightening for queer people. This was a way to respond with a story that offered incredible power and hope.”

Another especially memorable project was the hour-long film called “Remembering Singing Water,” which was created in collaboration with local Indigenous artists. The film, which features dance, puppets, music, and more is available on the One Voice website and is a prime example of the kind of collaborative storytelling that Ramseyer Miller learned to prioritize through her time at One Voice.  “[‘Remembering Singing Water’ was important because of the] stories that came together,” she says, “stories about immigrants, indigenous people, and queer people.”

When I ask Ramseyer Miller what she will do after retiring from One Voice, she begins describing her upcoming work with the 2024 Festival put on by GALA Choruses, an organization she has worked with for over a decade. “Part of what I’ll do is rest and then work part-time to gear up for that festival.”

Ramseyer Miller pauses, grins: “That will be fun! Then I’ll read, play pickleball, have a massage, and definitely hike in the north woods.”

Ramseyer Miller might be leaving One Voice, but her legacy there will live on through the culture she helped develop and the legacy commission fund that was created in her name. And she will continue to be involved in making music by and for LGBTQ communities.

One Voice is beginning a search for its next Artistic Director. “My hope is that One Voice finds an Artistic Director who is deeply loved, who can continue the focus on social change, and who will take the chorus in brand new directions,” says Ramseyer Miller.

There is one last opportunity to see One Voice under Ramseyer Miller’s direction. The concert is called “Generation” and Ramseyer Miller describes it as “a farewell concert that honors the energy of LGBTQ youth and elders.” There are two performances at South High School in Minneapolis and one at the Ordway Concert Hall in St Paul. Tickets are available on the website, listed below. Don’t miss it.