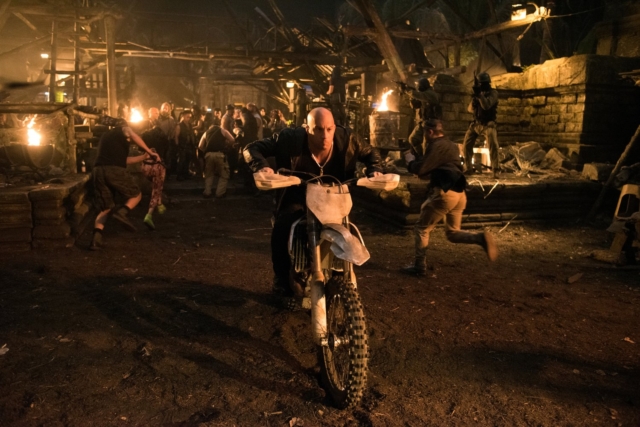 Much like the Riddick franchise, Vin Diesel gives us a sequel no one asked for and no one wanted. Third in the series that started in 2002, Xander Cage (Vin Diesel) returns to action as the extreme-sports badass recruited by the NSA to find Pandora’s box, a device capable of mass destruction.

“This movie is an exercise in the absurd. The lazy writing seeps into every crevice of this movie. Each word uttered is a clichéd one-liner or an attempt at a zinger that usually doesn’t fit the action. Many times, the jokes are used in the wrong context, and other times the punchline is wrong. Then you have CGI that looks like it was created a decade or more ago. Low-budget, made-for-TV movies have higher-quality effects. Lastly, what they call a plot is so full of holes and jumps around so often with zero explanation that you never know what is going on.” —Jeff

“This movie is one big chase to get this portable computer called Pandora’s Box, a device that makes satellites leave orbit and plummet toward an exact spot on Earth. Let’s just focus on the overuse of Pandora’s Box as a small doomsday device in cinema. It could have been called a “Chicken Little Box,” because it makes things fall from the sky. Or you can do what I did and Google the ‘sky is falling Greek mythology’ and come up with Asteria, the Titan goddess of falling stars. That’s how lazy this movie is. It doesn’t take the time to come up with anything that makes sense. It falls on old Hollywood clichés.” —Drew 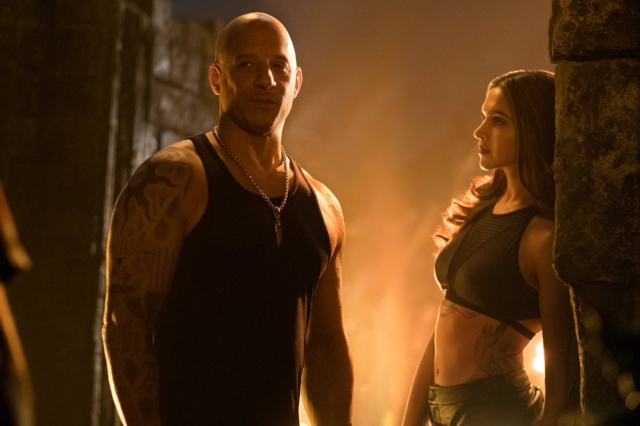 “One upside is that the movie is shot well. As far-fetched as everything Vin Diesel does is, admittedly it looks good while he is doing it. The editing and pacing are what one would expect from an action movie, as well as the cinematography. Director of photography Russell Carpenter brought his high level of craft to the screen. With credits that include Titanic, True Lies, and Ant Man, it’s no wonder the best part of the movie is how it looks.” —Jeff

“If you are looking for plot, good luck. It starts as Samuel L. Jackson and Brazilian soccer star Neymar are discussing Stacy Peralta skate films in a Chinese restaurant. About 30 minutes after that, Vin Diesel is surfing 10-foot waves on a motorbike off the shore of a pirate rave-island. And it ends with Ice Cube, armed with a grenade launcher Deus-ex-Machina style, uttering the phrase, ‘Rock, paper, scissors, grenade launcher.’ None of this makes any more sense onscreen than it does on paper.” —Drew

“Every discombobulated part of this movie seemed to revolve around showing us how awesome Vin Diesel wants to be. Every girl in the movie wants to sleep with him. Every fight he gets into, he wins. Even if he isn’t winning, he isn’t really losing. With the level of talent in this movie, the fights are not even that intense. I’m sure the PG-13 rating didn’t help this at all.” —Jeff