Going to the Movies with Jeff & Drew: “Wonder Woman” 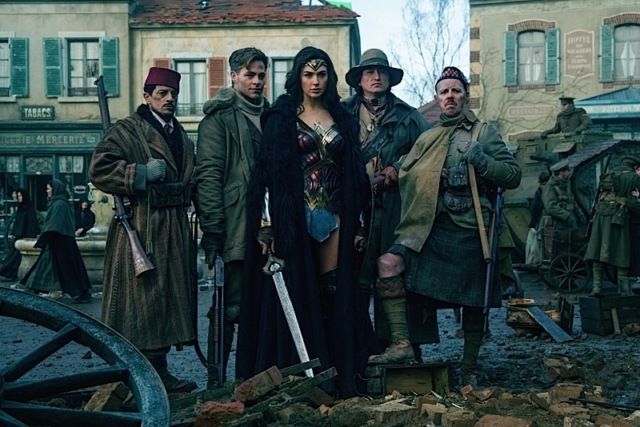 As the latest entry in the DC Extended Universe, Wonder Woman has a ton riding on it. The first three DCEU films have all underperformed critically or financially to some extent. But this movie is set to change all that. Raised on a sheltered island paradise, Diana (Gal Gadot), princess of the Amazons, is training to be an unconquerable warrior. She saves an American pilot (Chris Pine) who crash lands. He tells her about the massive conflict that’s raging in the outside world. Convinced that she can stop the threat, Diana leaves her home for the first time.

“The DC Cinematic universe has finally created a movie worth watching. With so many recent movies that leave much to be desired, Wonder Woman stands out as a beacon of how superhero movies should be done. There is a well thought out story that is both coherent and interesting. The movie stands on its own two legs with as little tie in to the greater universe as they could get away with while still being a part of the whole.” – Jeff

“In a world of comic-book movies populated with sarcastic, cocky superheroes dropping witty one liners, Wonder Woman is a breath of fresh air. She is a rare heroic character who brings heart and compassion to a violence-ravaged world. Wonder Woman belongs fully to Gadot, who carries the character with grace and strength. The Israeli actor captures Diana’s royal prestige and Amazon ferocity perfectly. She creates a sincere hero this weary world needs, even if she’s not a hero we deserve.” – Drew 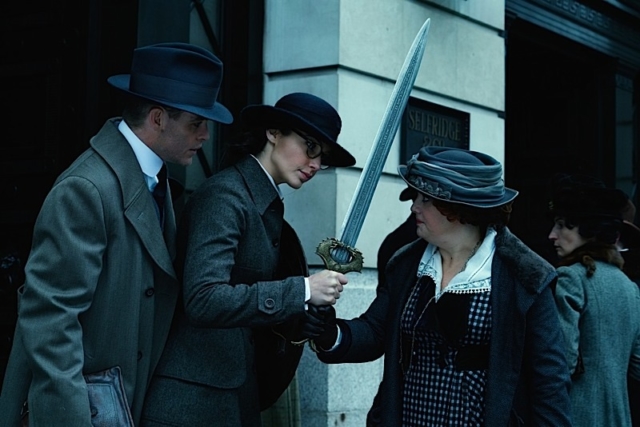 “Wonder Woman goes to show that a powerful female character can be the center of a movie with great results. The character is charming through her naivety that comes with living in seclusion your whole life before being thrust into the brutality of the world. She is a strong character who has no qualms about helping people when no one else will step up. Even the love interest is subdued here. Most great superheroes have some sort of love interest that sets in motion the plot; Superman has Lois Lane, Spiderman has Mary Jane, Iron Man has Pepper Potts. Here Diana has Steve Trevor, the charming American spy who sets the whole story moving forward and plays as a key plot point. This superhero movie trope is played in a way that doesn’t distract from the lead’s strength.” – Jeff

Gadot’s character is innocent to the ways of the world and war, which makes her naive character a no-nonsense gal but also creates many amusing moments, like attempting to wear her flashy costume amid the prim women of 1917 London. Her seriousness is perfectly balanced by the humor employed by Pine, whose spy knows when he’s met someone, regardless of gender, with the power and conviction to be a true partner in ending the ‘war to end all wars.’” – Drew

“The look of the movie is heavily influenced by producer and writer Zack Snyder. The signature speed ramping and stylistic color saturation is abundantly used in the amazingly shot fight scenes. There is however an amount of restraint applied to not overuse the techniques, causing them to enhance the visuals instead of overshadowing them. What we are left with is a assault of visual stimulation that you can’t help but get excited about, a feeling too often lacking in modern action movies. Great care is also taken to attempt to mask the rubbery CGI people used in parts where practical effects could not be used. The whole show is an exemplary mix of practical and CGI effects in a show of how good inhuman fighting action can be done.” – Jeff

“Wonder Woman also benefits from a top-notch supporting cast with the likes of David Thewlis, Ewen Bremner, Said Taghmaoui, Eugene Brave Rock, and Lucy Davis supplying eccentric charm, bravado, and gravitas. The only downside is the third act falls back to the ‘blow everything up’ formula of every blockbuster franchise. Even with that, I am just celebrating a superhero movie that runs on composition rather than machismo.” – Drew

Wonder Woman is a show of force for the DC cinematic universe—a great story melded with enough action to keep you invested through the entire movie. This leading lady doesn’t need a man to come to her rescue as she strives to save us from ourselves.