Going to the Movies with Jeff & Drew: Most Underrated Movies of 2016 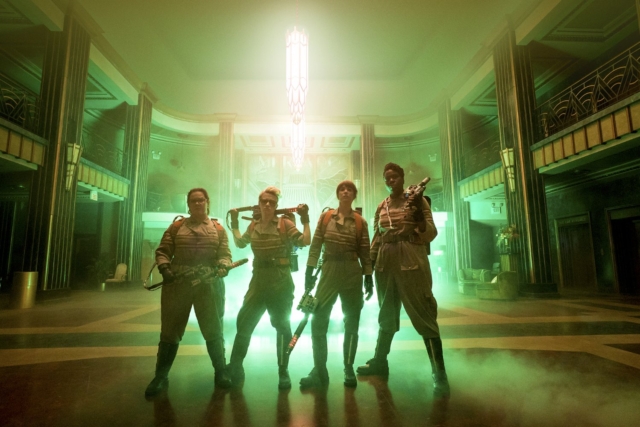 There are so many good films that came out this year it’s impossible to keep track of them all. That’s why we think there are a handful unlike any you have seen before. Some take an old story and tell it in a new way. Then there are the ones that leave you wondering, “Why haven’t I heard of this before?” Whether they didn’t bring in much money or we feel critics didn’t give them their due, here are are our most underrated movies of 2016

Ghostbusters stands out in the sea of reboots as one of the better ones. This movie is just plain fun. It shines in its comedy writing. The jokes never stop coming, and it’s not just humor derived from the world the movie has created. Plenty of random, irreverent jokes that Director Paul Feig does so well carry the humor through, along with the traditional, dry sarcastic humor you’d expect from the franchise.

Kubo and the Two Strings is phenomenal in every possible way. With the plethora of animated films that I’ve seen this year Kubo ranks as the best of all of them. Its wonderment of ancient Japanese folklore is brought to life by the stop-motion innovators at Laika Entertainment. The magic is eye-popping while still believably based in reality. It may be a bit dark for a younger audience but there is a good message at its core, and it tackles some tough subjects, all while maintaining a lighthearted element to the characters.

Snowden can be enjoyed by all sides, regardless of where you stand politically, if for nothing else than its fantastic storytelling. We get to explore what it means to have to choose between security and liberty, and what sacrifices have to be made to have either.  A lot of good actors help make this film stand out. Joseph Gordon-Levitt’s weird, quirky mannerisms as Snowden take some time getting used to, but he does a great job becoming the guarded, self-contained technocrat. Zachary Quinto and Tom Wilkinson are cast as The Guardian journalists who infamously leaked classified government documents. Melissa Leo plays documentary filmmaker Laura Poitras, who won an Academy Award for Citizenfour, about Edward Snowden. It’s the perfect subject for an Oliver Stone film

Green Room is a truly standout horror/thriller in a sea of copycats and formulaic duds. It has perfect pacing and a very unexpected story arc. The film breaks from the standard Hollywood formula to explore a fresh world where we are not subject to girls running away and falling down for no reason, fake-jump scares, and people who have been killed magically coming back to life. It’s more real than any thriller we’ve seen which makes it even more unsettling. Patrick Stewart really brings it as a calculating and evil bad guy. A must-see for any horror fan. 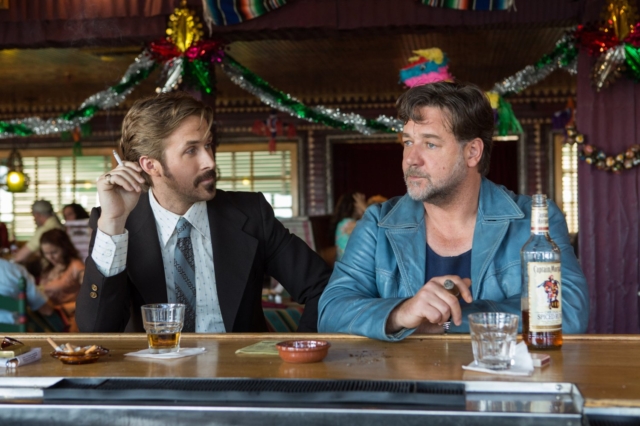 The Nice Guys is everything a buddy cop movie should be. Crowe and Gosling go together like peanut butter and jelly. The movie takes a clever look at a classic formula. The story and character development are crafted in such a way that there are no filler scenes. Everything builds to a satisfying payoff. The twists and turns depart from the normal path that these types of films tend to take. There is enough going on to hold interest without becoming confusing. The dialogue and situations are genuinely funny, while the chemistry between the cast feels organic and not forced. The reasons our characters find themselves in the situations that they do happens naturally and believably. The two main characters are generally terrible people who get themselves into trouble.

Swiss Army Man is a fantastical, crude, entertaining, and wonderful film that has a very human story told in such an outlandish and weird way. It is masterfully crafted. Humor shines through the darkness in the things the main characters learn that Manny can provide, from regurgitating an unlimited supply of fresh water to starting fires even launching a grappling hook and farting, lots and lots of farting. The cinematography moves the story along with beautiful composition and shot manipulation. What you see reflects the emotions in each scene, evoking uneasiness, fear, and even happiness. This movie will leave you with a sense of wonderment.

2016 was a year of sequels, reboots, and franchises, some good, many bad. In a sea of movies pulling for your theatre-going dollar, it’s easy to miss some real gems. We hope this list brings you a new favorite or at least an entertaining late-night watch.