Going to the Movies with Jeff & Drew: “The Purge: Election Year” 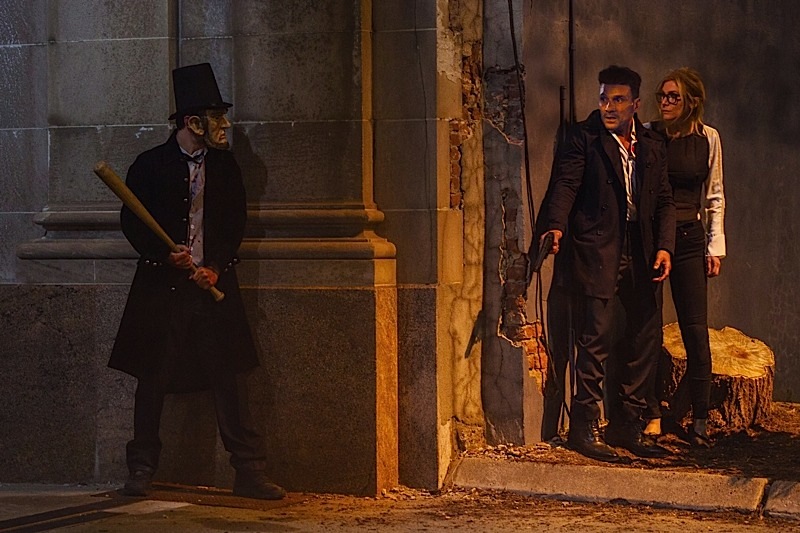 It’s time for the annual Purge and it is oddly relevant today due to our strange political climate.

The Purge: Election Year is set two years after The Purge: Anarchy. After choosing not to commit murder as an act of revenge on Purge Night, former police sergeant Leo Barnes (Frank Grillo) is now the head of security for Senator Charlene Roan (Elizabeth Mitchell), the front-runner in this year’s presidential election. Charlene’s goal is to eliminate the annual tradition, and Leo must do everything he can to protect her when they’re forced onto the D.C. streets on Purge Night.

“Much like Halloween and Friday the 13th, the Purge series only has two functions: to scare and to make the body count go higher with every movie. Having two movies in front of this one, you know what to expect from Election Year.  Most people they encounter on the streets are Joker-like loons; an organized force is hunting them, and someone will need to be saved in the end.” —Drew

“If you like one-dimensional characters, a highly predictable plot and loud, unnecessary jump scares, this is the movie for you. The Purge: Election Year is everything you would expect it to be: a film full of unoriginal action that has no growth with a blatant, anti-right wing, NRA, ‘rich white people are evil’ message.” —Jeff 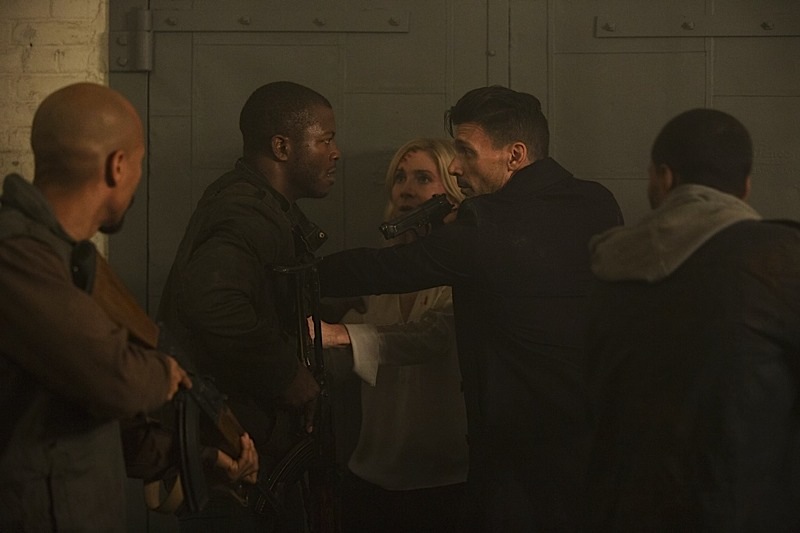 “I agree that the movie is very shallow, which is just giving the fan base what they came to see. After yet more mass violence in America, you might view this as more despicable, even for mindless summer viewing. The hypocrisy of these films is in condemning the inherent violence while also celebrating it with every head shot and decapitation. This may be a blueprint of exploitation films, but it doesn’t help the bad taste it leaves in my mouth.” —Drew

“Everything in the movie feels like it happens out of convenience. They attempt to foreshadow what is going to happen but are so blatant about it that there are no surprises. The dialogue is pure exposition just to make sure that you know what’s going on in the action.” —Jeff

“The script is also splattered with nauseating one liners like: ‘We are sitting here in front of these negros looking like a bucket of chicken.’ Painfully, the actors are not strong enough to carry this weak script. Edwin Hodges is particularly lackluster — again — as he reprises his role as Dante.” —Drew

“The movie plays like a dated video game. A linear path for our heroes is fraught with obstacles, waves of faceless, mercenary baddies to fight, and several boss battles to win. The film doesn’t try to be anything more than a watered-down action horror movie, much to its benefit. It’s something to watch on Netflix while folding laundry. Even if you miss parts, you can still follow what is going on.” —Jeff

Stylistically, The Purge movies have a very video-game, cut-scene feel to them. Election Year follows the trend. The camera moves all the time, is placed in odd locations, and slow motion is inserted at the most bizarre times. Heavy use of wide-angle lenses make for very pretty images but add nothing to what little story the film has.

The Purge has always given the audience what it wants with not much frill, always filled with anti-establishment undertones and class warfare. Election Year gets a little more in your face, but it maintains the same feel as its predecessors. It’s entertaining for the action-movie audience and nothing more.