Going to the Movies with Jeff & Drew: “The Nice Guys” 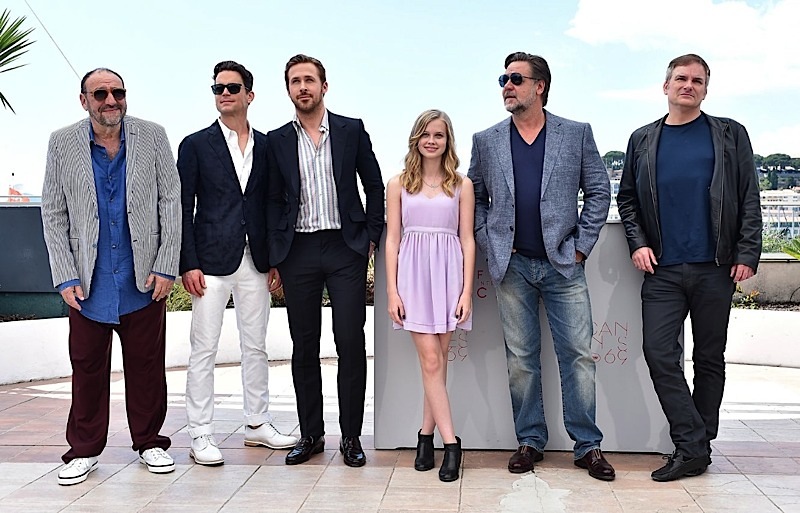 This smart screwball detective-noir film will leave you with a little ’70s nostalgia. It has all the key components that you want from murder mystery, much like Chinatown or L.A. Confidential. As soon as you know what is going on, it will throw you a curve, and before you can blink it will snap you back.

The Nice Guys is exceptionally well paced in a way that’s not predictable. It’s peppered with seemingly throw-away moments that look like they should have been left on the cutting room floor, but actually set up funny moment after funny moment.

Set in 1977 L.A., we are introduced to self-wallowing, half-drunk P.I. Holland Mitch (Ryan Gosling) and for-hire enforcer Jackson Healy (Russell Crowe). They are trying to track down the whereabouts of a social activist named Amelia Kutner, who is key to a murder conspiracy. And it’s not long before Mitch and Healy are up to their elbows in bullets and blood.

Crowe’s and Gosling’s characters go together like peanut butter and jelly: completely different tastes that complement each other in such a delicious way. While the concept of the buddy cop story has been around since the early days of the cinema, this pairing finds itself among the greats, such as those in Lethal Weapon and Hot Fuzz. 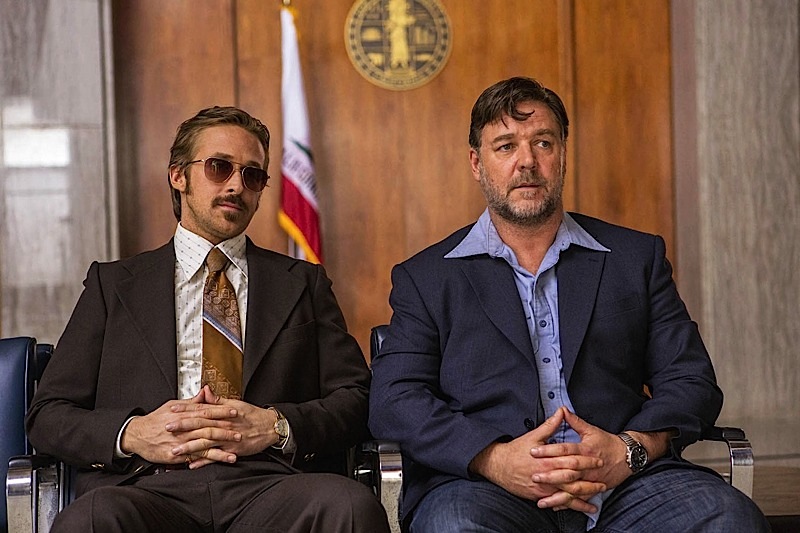 Gosling owns the character of the bumbling detective who has moments of super genius. His portrayal shows he can play more than the charming love interest and doesn’t have to take his shirt off to be an asset to a movie. He embodies a truly funny person that we can believe in without becoming the stereotypical caricature.

Angourie Rice gave a stellar performance as Mitch’s daughter and arguably the most level-headed person in the film. She is very believable as a budding detective who is smarter than both Mitch and Healy put together. Kim Basinger did disappoint with a flat and lackluster performance. Luckily, it amounts to only a few minutes of screen time that doesn’t make the rest of the picture suffer.

“Crowe’s dry wit and brutish violence are the perfect ying to Gosling’s yang of impish buffoonery and blind determination.” —Drew

“Gosling pulled off a comedic character I wasn’t sure he was going to be able to do. I want to see him expand the characters he plays. He is proving to be a fantastic actor as is extremely evident here.” —Jeff

The Nice Guys takes a clever look at a classic formula. The story and character development are crafted in such a way that there are no filler scenes. Everything builds to a satisfying pay off. The twists and turns depart from the normal path that these types of films tend to take. There is enough going on to hold interest without becoming confusing. The dialogue and situations are genuinely funny, while the chemistry between the cast feels organic and not forced. The reasons our characters find themselves in the situations that they do happens naturally and believably. The two main characters are generally terrible people who get themselves into trouble.

“At no point did the story fall apart. Everything had a purpose, even the red herrings. This movie sucked me in for the whole ride. A smart, funny, adult movie that doesn’t devolve into crude humor for cheap laughs. A definite must see.” –Jeff

“I can say, without hesitation, this is my favorite movie where Hannibal Buress plays a giant killer bee.” –Drew