Going to the Movies with Jeff & Drew: “The Great Wall” 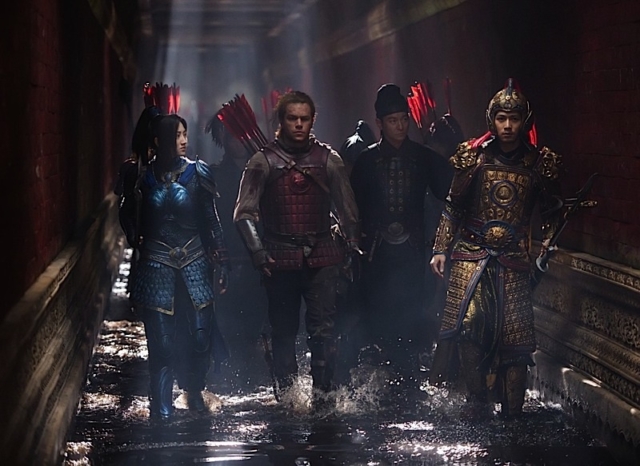 Obsessively searching for the legendary “black powder,” mercenaries William Garin (Matt Damon) and Pero Tovar (Pedro Pascal) are captured by The Nameless Order, an ancient military operation occupying the Great Wall of China. The Order is preparing to battle the Tao-Tie, giant, green lizard-looking monsters that are resurrected every 60 years to teach the Chinese a lesson about unchecked greed, and who swarm the wall by the millions.

“The Great Wall provides unrelenting action, which at times is shockingly enjoyable, while it distracts from the lack of plot. The trailers left absolutely no impression on me, other than looking like another white savior movie similar to The Last Samurai. I went into the movie preparing for the worst, and was surprised to find myself actually having fun. It may be a studio release, but the constant sense of invention and the go-for-broke intricacy of its battle scenes feel very much of a piece with classic Chinese-action fantasy films.” – Drew

“The China film studios have been working hard to break into the world and U.S. markets, and so far their offerings have not been great. Each new offering is generally better than the last, and they have finally offered up a movie that isn’t terrible. The Great Wall is a very by-the-book movie. It plays it safe with many aspects and doesn’t try to over complicate things — most notably the story — for the sake of being unique. It is mostly predictable, but not to the point of failing to be entertaining. You know who the good guys are, who the bad guys are, and what everyone’s motivations are. There are obstacles for our characters to overcome, and, as is to be expected, misunderstandings between the leads. Everything wraps up nicely in the end with no gaping plot holes or questions.” – Jeff 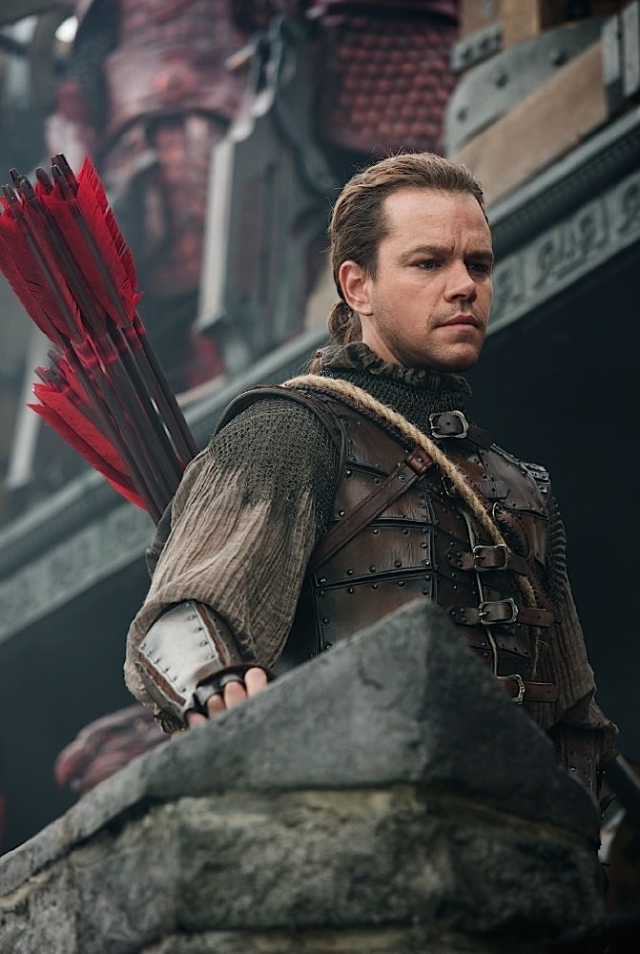 “The Great Wall is far from the best movie ever. But it’s a great move to help fuse American and Chinese movie-making. As an action movie, it moves well and has lots of cool Damon-versus-monster battle scenes. The CGI is well done, but sometimes overly obvious and cartoonish. I think the best way to describe this film is wonderfully ridiculous.” – Drew

“One highlight of the movie that I hope we see more of is a strong female lead who doesn’t need a love interest. Tian Jing does a magnificent job at holding the lead of this movie. She matches, and at times surpasses, the performance of Matt Damon with his faltering accent. She is intelligent, strong, and doesn’t present in overly sexualized outfits. She plays off Damon well, as they have some good banter and learn from each other in a show of mutual respect.” – Jeff

“This movie is mostly pure spectacle, not just the imposing titular structure, but cadres of spear-wielding female warriors tethered to ropes, an airborne flotilla of giant white silk balloons, and a climactic sequence filmed at the Imperial Palace. With real stunt work and authentic locations mixing with somewhat less-authentic CGI is almost refreshing. I loved the color-coded army. And in a world where so many blockbusters are almost drowning in mythology and world-building, the explicit simplicity of this film is more than welcome.” – Drew

“The Chinese studios are going to be a force to be reckoned with when it comes to CGI. The monsters in this movie played well into the environment and felt natural. The plastic-looking and clunky CGI was absent from this movie. Most of the time the monsters were rendered in full daylight, which will show many flaws, and few were to be seen. We get up close and personal with them at times, and they looked great. I am looking forward to seeing what else they can come up with.” – Jeff

The Great Wall is a safe and predictable action movie that shows that the Chinese studios can produce movies that appeal to a larger audience. Taking from lessons learned from previous offerings, this movie is an entertaining adventure movie with a strong female lead without a hint of love story.