Going to the Movies with Jeff & Drew: “The Fate of the Furious” 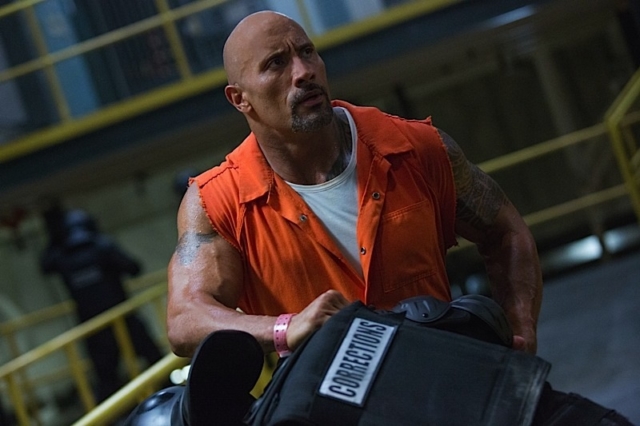 The Fast crew faces an unexpected challenge when a mysterious hacker named Cipher (Charlize Theron) forces Dom (Vin Diesel) to betray everyone he cares about. They must come together with some past enemies to bring home the man who made them a family. The Fate of the Furious settles into effortless cruise control, escalated only by its endless extravagant stunt sequences.

“The Fast franchise has turned into one big action movie cliché. The past seven movies were not known for their clever writing or deep-seeded plots, but at least they tried. This movie is filled with the laziest writing I have seen this year. All of the actors speak in tired one-liners that feel as though they were written by middle schoolers trying to sound more grown up. The banter between characters is so disingenuous that all the lines could have been recorded separately, then edited later to attempt to compile some sort of story. Reactions rarely match what the other person said.” – Jeff

“I’m a sucker for bad action movies, and The Fate of the Furious is the Citizen Kane of bad action movies. The Fast movies haven’t really been about street racing for at least three films now. They are the kind of movies that don’t really matter what is said and done, but how cool the actors look while kicking ass. ‘F8′ is at least less convoluted in plot than its recent predecessors. In the past, Vin Diesel’s musclebound, muscle-car-driving alter-ego Dominic Turetto and his pals walk the line between being heroes and self-serving anti-heroes. Now, they’re basically the Avengers, but in cars.” – Drew 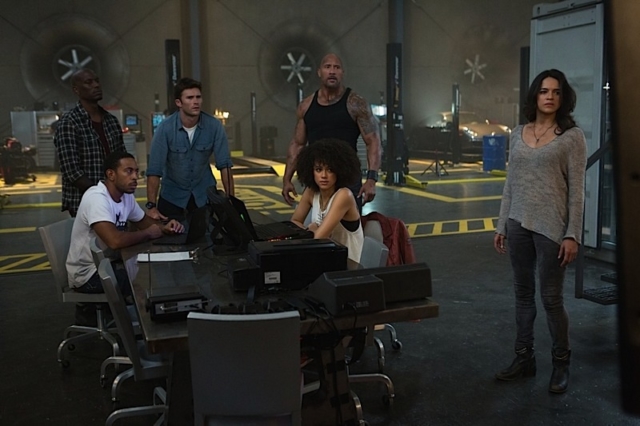 “Where the Fast movies used to shine is in their superbly crafted and exciting visual action scenes. Mostly of these were done practically with minimal CGI to make them more authentic. That’s why people loved these movies: for the mind-blowing car chases. All of that is gone with this installment. Most of the action is now heavily CGI, looking more like a Bollywood B action movie than a Hollywood blockbuster franchise. All of the excitement has also been stripped away. The big 30-minute action that should have been fantastically awesome was reduced to driving straight on a sheet of ice while the leads yell and scream at each other and The Rock kicks a torpedo. It was the most unsatisfying action-packed movie I have ever seen.” – Jeff

“The action has been on a downward decline since part five’s high. The stunts have gotten more over the top. But the abundance of CG involved in both the car chases and the final scene with the nuclear submarine lacks any amount of cool factor you might have felt from the previous movies. I found myself bored seeing hundreds of generic cars crashing and exploding, and worse, feeling there is no fear of failure from the heroes. Bad guys’ vehicles always blow up at the first scratch while our heroes can drive delicate sports cars through waves of gunfire and mayhem and continue functioning just fine.” – Drew

“The only interesting part of the movie was the relationship between Dwayne Johnson and Jason Statham. They were the only two that were able to muster any real sense of banter and emotion, and they played of each other beautifully. Statham is the only character that does any really fighting and, arguably, the only one that really does anything of consequence during the whole movie. I could have watched two hours of those two being angry at each other and kicking ass. Otherwise, this whole franchise has really jumped the shark.” – Jeff

“The Fate of the Furious is an exhilarating, at times stupid, rush of adrenaline. It’s as childish as the soap-opera antics it wallows in, and if you take a shot every time Diesel mentions ‘family’ you’ll be drunk before the end of the cold open. This testosterone-driven, nonsensical series doesn’t look like it’s running out of gas any time soon. And with two more movies planned before Fast 8 even hit the box office, it’s safe to say we will be seeing Fast movies well into the next decade.” – Drew

The Fate of the Furious is a bonkers installment in this franchise that is fast becoming a parody on itself. Lazy writing and slow-paced action make this the weakest of the Fast movies, dethroning Tokyo Drift.