Going to the Movies with Jeff & Drew: “The Accountant” 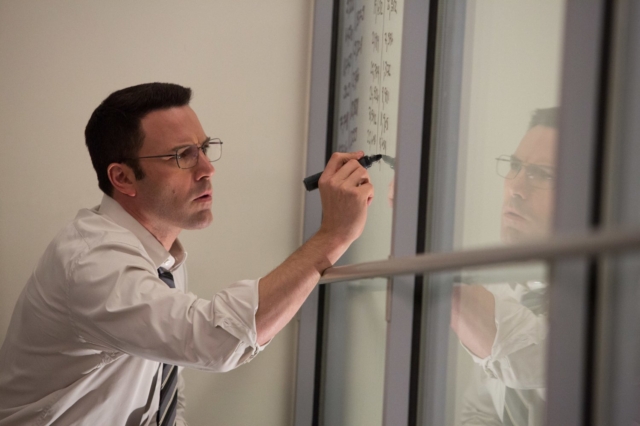 Ben Affleck blows up your preconceived notions of an action hero with this autumn blockbuster. Christian Wolff (Affleck) is a mathematics savant with more affinity for numbers than people. Using a small-town CPA office as a cover, he makes his living as a freelance accountant for dangerous criminal organizations. With a Treasury agent (J.K. Simmons) hot on his heels, Christian takes on a state-of-the-art robotics company as a legitimate client. As Wolff gets closer to the truth about a discrepancy that involves millions of dollars, the people around him start dying.

“The Accountant is how storytelling should be done. It has strong characters, a subtlety to the story elements, and a good flow. This movie really does everything right. Everything that is introduced has a reason for being there and pays off later in the movie. The story builds to climax, there is resolution, and then it ends. So many current movies can’t seem to get this simple structure down.” —Jeff

“The Accountant is an action film by design, with twists and turns. The sheer number of tertiary characters reminds me of rich, character-based television dramas. The story withholds information from the audience to prepare for a series of mind-blowing revelations at the film’s end. It gives me a similar feel to when I saw the first Saw movie.” —Drew

“It’s refreshing to see a story about a character with a developmental disorder that isn’t a burden to anyone. Affleck brings to life an exceptional character that is extremely intelligent and heavily calculated in his actions. Everything he does has a purpose. He doesn’t stumble through to greatness as Tom Hanks’ Forrest Gump does, nor does he need someone constantly at his side, as portrayed by Dustin Hoffman in Rain Man. His motivations and character traits are revealed throughout the movie, which builds to such an amazing and likeable character. Affleck does a superb job maintaining consistency with the ticks and mannerisms through every scene, which adds to a strong character portrayal.” —Jeff 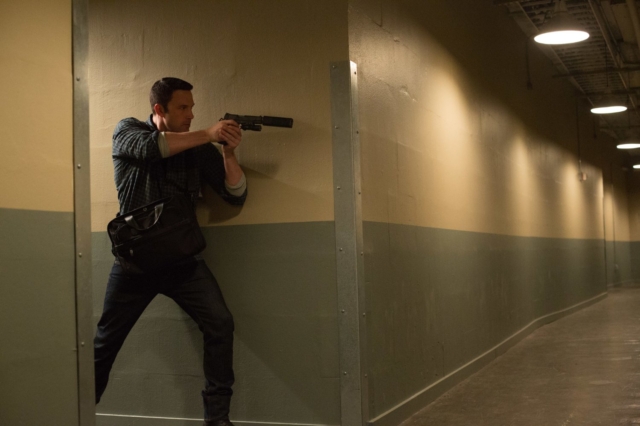 “A lot of this movie works at an unusually high quality. Affleck delivers a great performance that’s very subdued and allows the audience to connect with his character, despite his flaws. The supporting cast all gives great performances as well. Director Gavin O’Connor creates some impressive action set pieces and fight choreography that feel much more authentic than your typical action flick. I would say this movie is part character study and shoot-’em-up macho action movie.” —Drew

“A strong character requires a consistent world to inhabit, and this movie does that in spades. So much attention was paid to the small details in each scene that could so easily be missed but that help to create a rich and vibrant world. All these details help to tell the story and create the characters in such a satisfying way. So much of the movie relies on subtlety, which makes it easy to miss things if you are not paying attention. This really is not a problem, as everything is so compelling that it will grab your attention for the first moment and hold it until the credits roll.” —Jeff

“I don’t see this one contending for an Oscar, but I think it deserves viewing by anyone looking for something outside the norm. This is a unique addition to the killer-with-a-moral-code genre, with an even better final twist.” —Drew

This movie has a great story, fantastic, strong characters, and does not have mindless violence. Everything fits together to form a highly engrossing movie.