Going to the Movies with Jeff & Drew: “Swiss Army Man” 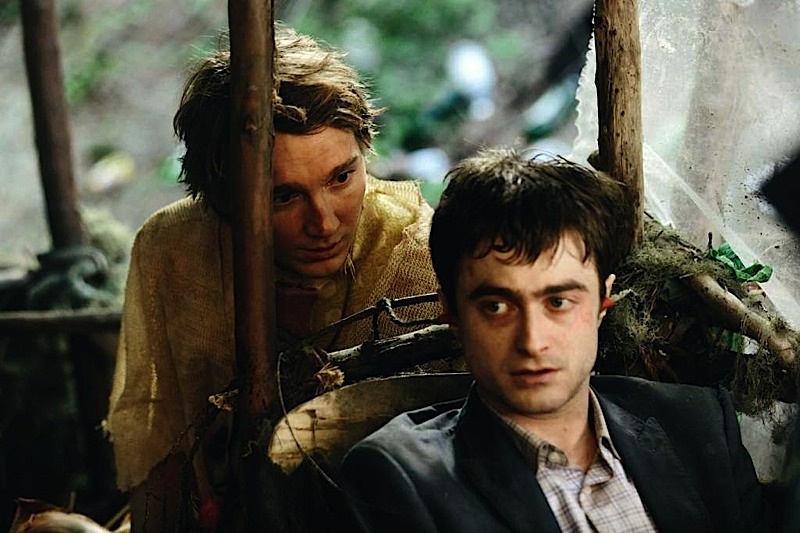 Swiss Army Man might be the wackiest, most dismal movie ever made.

The film starts with Hank (Paul Dano) alone on an island, ready to hang himself. Moments before jumping, he notices a man on the shore. Hank runs over to find out the man is dead and very flatulent. Using the gassy man to his advantage, Hank miraculously makes it back to the mainland. Now trapped in the wilderness, Hank ties the corpse to his back and names him Manny (Daniel Radcliffe).

“This is one of my top movies for the year. It reminds me of Brazil. It has a very human story told in such an outlandish and weird way. Swiss Army Man is a look at what it means to be human, as seen through the eyes of a desperately lonely man.” —Jeff

“It’s apparent that things are not what they seem, and everything is up for interpretation. Swiss Army Man is a bizarre quest for survival in an anything-but-normal film. Manny spends a good portion of the film talking, and it’s almost side splitting as Hank’s drained-of-color pal has goofy facial expressions and no idea why he’s speaking.” —Drew

“This sad and desperate tale of a man trying to get home is told through overtly crude humor in a way that doesn’t become sophomoric. Hank attempts to teach Manny the many intricacies of civilized life, while exploring the importance of relationships and how hard it can be to connect with people. That happens against a backdrop of the trash that has been discarded throughout the forest they are lost in, all while Manny has trouble controlling his farts and boners.” —Jeff 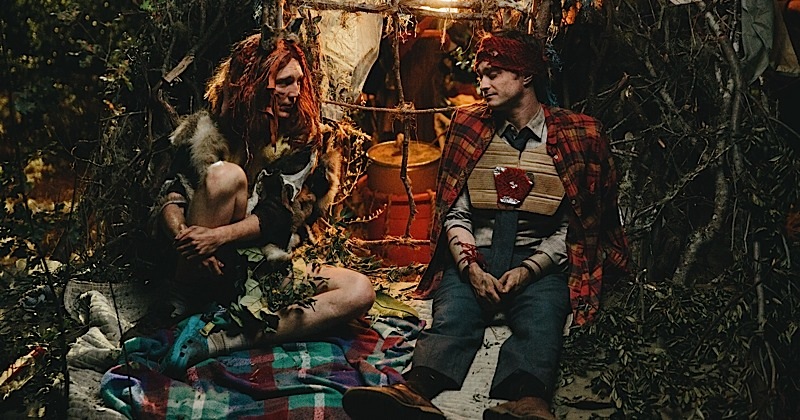 “But Swiss Army Man goes way deeper than just a dick-and-fart movie. It is dark and soulful. Dano and Radcliffe complement each other in the most fundamental ways. One provides the tools for survival while the other gives on an emotional level: hope, love, caring. Manny shows Hank why life is worth living (again, funny because he is a corpse). And they explore themes like loneliness, acceptance, and friendship. All the while, Manny awkwardly farts through the whole movie.” —Drew

“This movie is a prime example of how visual storytelling is done. The two main characters spend much of the movie talking between them, but they are always doing something that accentuates what they are talking about. They explore the environment around them using everything they find to move the story forward. They rarely sit across from each other and just talk.” —Jeff

“As odd as this might sound, I was trying to debunk the movie from the first scene. Like, ‘Could this be a Jacob’s Ladder type of movie, where he died in the beginning, and this is all him imagining possibilities?’ Or maybe Manny is like Wilson from Cast Away and his true form will be revealed at the end. But the journey and its conclusion were far too fantastical for me to fathom. The final words spoken during this film are ‘What the fuck.’ I don’t know of any other final words in any movie that sum up how everyone will feel when the credits start to roll.” —Drew

The cinematography moves the story along with beautiful composition and shot manipulation. What you see reflects the emotions in each scene, evoking uneasiness, fear, and even happiness. The setting of an overgrown forest might normally create feelings of serenity and calm, but here they add to the helpless and lonely atmosphere.

It is masterfully crafted. Humor shines through the darkness in the outlandish things the pair learn that Manny can provide, from regurgitating an unlimited supply of fresh water and starting fires to launching grappling hooks. And farting. This movie will leave you with a sense of wonderment.