Going to the Movies with Jeff & Drew: “Suicide Squad” 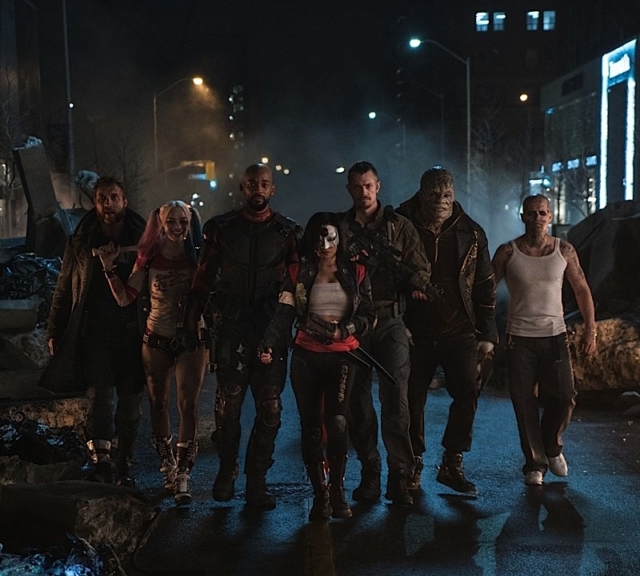 The good guys are bad, the stakes are high and things are about to get explosive. This third installment in the DC Extended Universe (DCEU) follows Batman v Superman Dawn of Justice. Amanda Waller (Viola Davis), head of top-secret government agency A.R.G.U.S., pressures officials to form a team of supervillains to carry out operations too dangerous even for the U.S. military. To persuade this “Suicide Squad” to follow her orders, Waller tempts the super criminals with shortened prison sentences, but keeps them on a short leash. She injects each of them with remote explosive devices in their heads to be sure no one steps out of line.

“Suicide Squad picks up where Batman v Superman left off, and does a better job. Not great, but better. At least this movie is coherent in its storytelling. What it lacks is character growth and consistency. Still, fans can enjoy the nods and tie-ins with other characters and series. Newcomers to the world of DC will appreciate that there are no odd scenes trying to set up future movies, which allows this movie to stand on its own without knowledge of the greater DC universe.” —Jeff 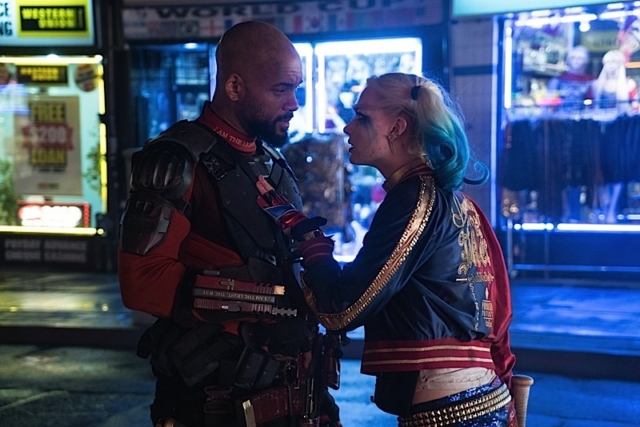 “Harley Quinn (Margot Robbie) is the most memorable character. Styled like a psychotic cheerleader crossed with a sideshow magician’s assistant, Robbie plays the Clown Prince of Crime’s girlfriend so well, you will leave the theater hoping she will have her own movie. The Joker (Jared Leto) also leaves the lasting impression, but, unexpectedly, he is a minor character in this film. Deadshot (Will Smith) is also a reasonably well-rounded character. It’s easier to accept the humane aspect of his personality because of the relationship he has with his daughter, rather than him being a heartless contract killer. Less well served are Captain Boomerang (Jai Courtney), Katana (Karen Fukuhara) and Killer Croc (Adewale Akinnuoye-Agbaje). They are all under-utilized and, sadly, forgettable.” —Drew

“The characters are set up really well. We are given enough background to understand their motivations without going into excruciating detail or eating up too much of the run time. The problems start when the characters start making decisions that don’t meld with their personalities, but rather fit into the narrative being set forward. It’s frustrating that most of these issues could have been resolved without changing the final outcome of the movie by making a few minor changes to why the squad decides to move forward the way they do.” —Jeff

“The music throws everything at you, from rap and classic rock to pop and whatever the hell Skrillex does. It is unbearably overwhelming in the beginning and painfully literal-minded throughout. Early on, when all the villains are being introduced, we hear “Sympathy for the Devil” …no joke! There are so many well-known songs in this movie, it seems like the editors are trying to force you to like the film through audio nostalgia.” —Drew

“There are issues with scenes being very dark, which makes it hard to see what is going on and follow the action. It seems as though they are trying to cover bad CGI. The DCEU can’t seem to replicate what the Marvel Cinematic Universe (MCU) has been able to accomplish with its expansive cinematic universe. Though Suicide Squad is a much better film than BvS, it is still lacking in many areas. If each DC film has this level of improvement, perhaps we will see a truly great movie in five years or so.” —Jeff

“The DCEU needs a serious course correction if it’s ever going to go toe-to-toe with the MCU. The film shares the same bleak palette of Batman v Superman: Dawn of Justice. Harley and the Joker bring a much needed pop of color. They are like bolts of joy every time either of them are on screen. There’s a post-credits scene that won’t get you excited for the next films but will just remind you that this movie series will continue.” —Drew

There are a lot of noticeable flaws to this movie, but it’s not bad. It’s nice to see these comic book characters on the big screen. But the film would have benefited from an R rating. The jokes would have landed better, there would have been higher stakes to the action scenes and the villains could have blurred the line more between saving the world and letting it all burn. It’s not great, just okay.