Going to the Movies with Jeff & Drew: “Snowden”

Oliver Stone comes out swinging when it comes to shining a light on parts of American history that some government officials want you to forget about. Edward Snowden (Joseph Gordon-Levitt), frustrated with the intelligence community, leaves his job at the National Security Agency. He’s leaving armed with the knowledge that the NSA is assembling a virtual mountain of data to track all forms of digital communication, not just from foreign governments and terrorist groups, but from ordinary Americans. When Snowden decides to leak this classified information, he becomes a traitor to some, a hero to others, and a fugitive from the law.

“Stone does something not often seen in based-on-true-events movies; he lets the audience know that this is a dramatization of actual events. From the get go, they don’t hide the fact that liberties are taken for the sake of making an entertaining movie.” —Jeff

“I would compare Snowden to JFK, Born on the Fourth of July, and other Oliver Stone pictures in its depiction of one man’s crippling realization of how shockingly corrupt his government’s entanglements have become. The issues raised in Snowden should stay with us for a long time. This is Stone at his best.” —Drew

“Snowden is an excellent story. I do take issue that they get very simple things wrong from early in the film. Scenes that show Snowden in the army have glaring mistakes in army lingo and protocol. This makes me question the authenticity of the rest of the movie. Regardless of any inaccuracies the overall premise that these events were happening makes for a very entertaining and thought provoking movie. There is tremendous character growth from an unquestioning patriot who learns that things are not as they seem or should be as he delves deeper behind the intelligence community curtain. Suspense builds, and the audience engages in a way that helps us invest in the outcome, even if we know what’s going to happen.” —Jeff 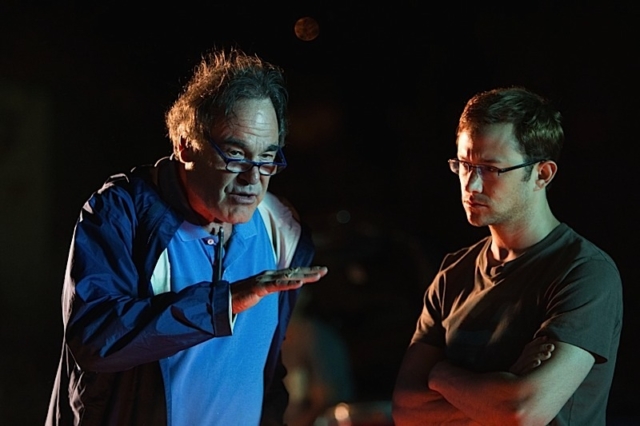 “A lot of good actors help make this movie stand out. Joseph Gordon-Levitt’s weird, quirky mannerisms as Snowden take some getting used to, but he does a great job becoming the guarded, self-contained technocrat. Zachary Quinto and Tom Wilkinson are cast as The Guardian journalists who infamously leaked classified government documents. Melissa Leo plays documentary filmmaker Laura Poitras, who won an Academy Award for Citizenfour, about Edward Snowden.” —Drew

“This movie is not a total slam fest on the U.S. government. While it does highlight unethical and illegal things done by the intelligence community, it humanizes those failings in a way that makes them seem a little less evil. We see motivations of people who just want to protect America and think they are doing the right thing by spying on their fellow citizens. This makes the movie more palatable.” —Jeff

“Snowden may not be flashy or get your blood pumping with suspense, though I’m sure it wants to. What it does is plant the seeds of paranoia and doubt in the people grabbing unthinkable amounts of data, saying it’s for our own protection. That makes it the perfect subject for an Oliver Stone film.” —Drew

Regardless of where you stand politically, Snowden can be enjoyed by all sides, if for nothing else than its fantastic storytelling. We get to explore what it means to have to choose between security and liberty, and what sacrifices have to be made to have either.