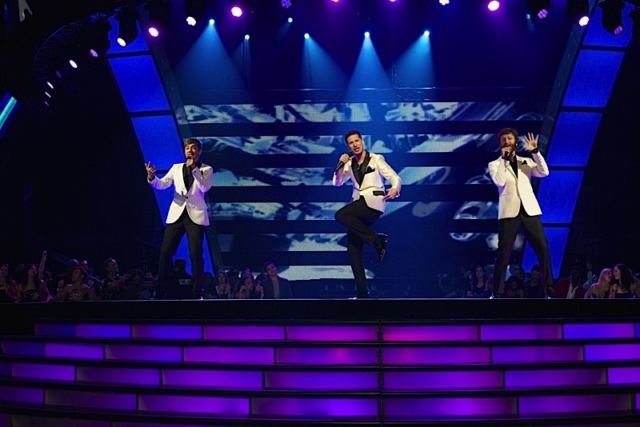 Andy Samberg conjures his inner Justin Bieber in a This is Spinal Tap-esque film.

Popstar: Never Stop Never Stopping is the R-rated comedy from the SNL Digital Short music trio The Lonely Island. The comedy team, made up of Andy Samberg, Akive Schaffer and Jorma Taccone, finally brings its brand of musical satire to the big screen. The movie also parades out an endless string of hilarious cameos, some who play themselves and others (mostly SNL alumni) who play over the top caricatures.

This mockumentary follows Conner4Real (Samberg), who travels with an army of people he bankrolls to perform tasks from the mundane to the ego feeding. For example, his “perspective manipulator” has one purpose: to be short and stand next to him so he looks taller in photos. His second solo album, Connquest, has not been well received. Conner is forced to do whatever it takes so he can stay in the spotlight, short of returning to his old hip-hop group, The Style Boys. 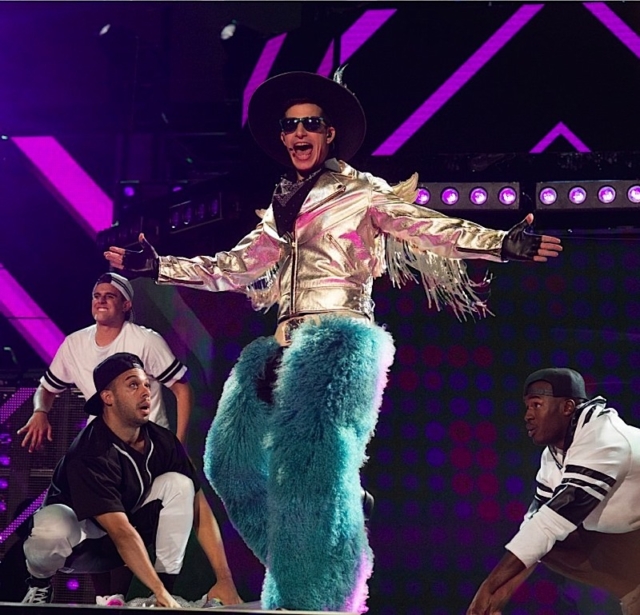 This movie plays like a full-feature-length SNL digital short. Being a mockumentary helps hold the story together when the gags become a bit ridiculous and explains the world that Conner has created for himself. The downside with this picture is that it appeals to a narrow audience.

What is good is that Popstar knows its audience and gives them what they want. If you like the music and sketches that Lonely Island produces, you will love this movie. Chock full of their style of humor, the jokes build and move the story along. The film does start to drag at just shy of 90 minutes, but the laughs don’t become stale. There is nothing inventive or surprising about the story, but it does stay consistent throughout the picture and holds true to the world it has created. 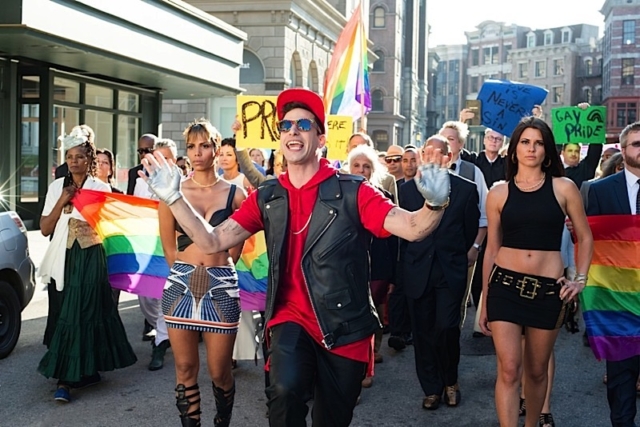 Arguably, the cameos are the highlight of the movie, something that Lonely Island has done well from the beginning. There are more name drops throughout the film than the TMZ Twitter feed. From a laundry list of SNL alum, to a who’s who of the music industry, they all add a little flavor. Lonely Island favorite Justin Timberlake makes an appearance, as you would expect, and even Ringo Starr pops in to give his two cents.

Director Akiva Schaffer brings his music video styling to the movie in a big way. We are shown the most lavish of lifestyles with bold colors, eccentric wardrobe, and over-the-top locations. Schaffer has a very over-stylized look that he’s used since the early Lonely Island days on SNL. That style culminates here for a very showy display of the absurd. It harkens back to the days of This is Spinal Tap in the most fantastic way.

“This is leaps and bounds better than their first movie, Hot Rod. I feel like the joke could hit a broader audience. And there wasn’t as much inside baseball.” —Drew

“While I enjoyed it more than Hot Rod, I still feel like the trio could branch out more. The laughs are there, but I am their target audience. I enjoy Lonely Island digital shorts and music videos. That, and I don’t like Justin Beiber, so this was funny to me.” —Jeff

“This film is just enough for me. The comedic timing is what you expect, as are the punchlines. The only question I have is why they haven’t made a bio-pic on Lonely Island sooner.” —Drew

“There really isn’t anywhere that they can go from here with this genre. They tried something different that didn’t quite work, so they brought it back to their roots. It feels like their grand finale.” —Jeff

Popstar is a very humorous movie for the narrow audience it sets out to entertain. For the rest, it might be a pass.