Going to the Movies with Jeff & Drew: “Patriots Day” 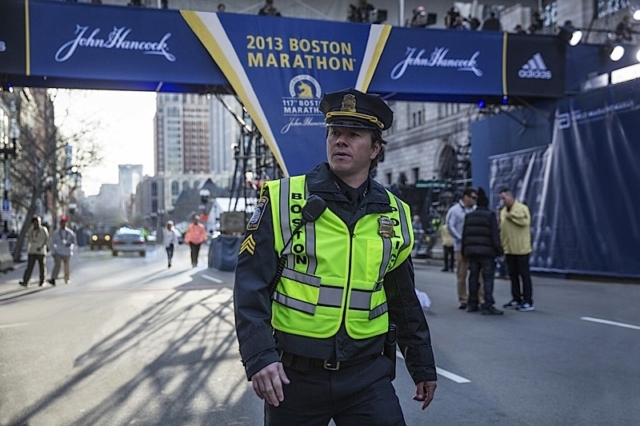 “Like most movies based on real events, we know what’s going to happen, but that doesn’t matter. The tension before the marathon begins is nearly unbearable. Most of us have seen the now-familiar images repeatedly shown on cable-news reports. But this movie shows us the chaos from the inside, and it’s terrifying. This is uneasy footing for everyone.” —Drew

“Peter Berg’s third disaster biopic improves much from his previous movies, Deepwater Horizon and Lone Survivor, to become a more thought-out and complete story. Unlike Deepwater, this film doesn’t treat the audience like idiots. The suspense builds slowly, and there are breaks between impactful moments. The performances are higher caliber this time around. Mark Wahlberg still plays Mark Wahlberg, but with a movie set in Boston and a cop as the lead character, one person can play the type of character you expect: Mark Wahlberg.” —Jeff 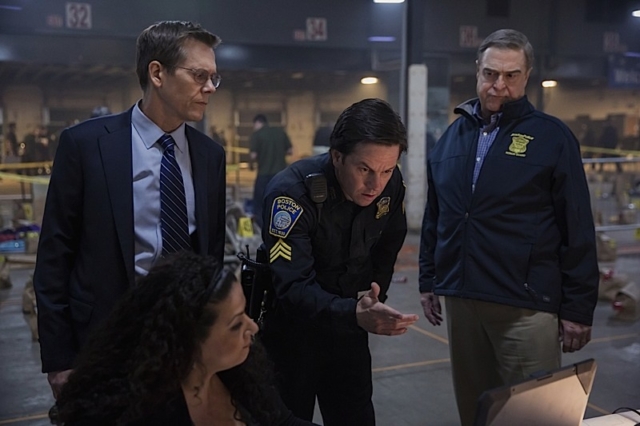 “In Patriots Day, Berg delivers superb direction and earnest storytelling. I worried that this emotional movie would not do justice to the victims or survivors; my concerns were quickly put to rest. Berg has given us his best film to date. He does an excellent job capturing the high intensity of the city-wide manhunt, and he keeps your blood pumping well after the bombs go off. It is done with such honor for the people involved, law enforcement, and the city of Boston.” —Drew

“The pacing set by the editing in Patriots Day is magnificent. Everything starts out nice, slow, and serene. As the tension builds, the cuts start to become faster, the camera moves become more erratic, and the music perfectly sets the tone. I found myself actually become anxious as the seconds ticked by. Even knowing exactly what was coming, I became entranced with the events unfolding. Peter Berg is a master at showing chaos and making you feel what he is showing you. Much like Lone Survivor, parts of the movie invoke a physical response. Berg jerks your emotions in the most splendid way.” —Jeff

“When making a movie like Patriots Day, people are always going to ask the question: ‘Is this too soon?’ In this movie, we have survivors, first responders, and spectators of the event to look at it for a second time and give their input to tell a first-hand story. This is a film that’s special in its portrayal of this specific event with a brutal honesty and horrific tragedy, yet a beautiful and optimistic outlook.” —Drew

“The third act of the film starts to stall a little too much, causing the movie to feel a little long. While it was a great break from the action and suspense, it goes on past what’s needed and tries to fill the space with things that are not totally relevant. There is a hero speech that feels a bit cheesy and out of place for the characters and the film as a whole. And while everything is wrapped up nicely in the end, there is such a long break between seeing certain characters and events that make it seem like they were just forgotten about.” —Jeff

This movie is a great telling of a tragic event in our history. It’s a fantastic ensemble cast coupled with some amazing storytelling for an emotional ride. Peter Berg has finally refined his craft.