Going to the Movies with Jeff & Drew: “Office Christmas Party” 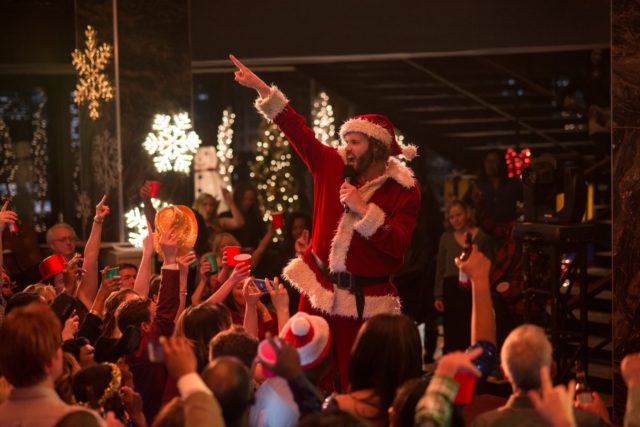 ‘Tis the season for Hollywood Christmas movies, but unlike the raunchier Bad Santa or the forgettable Almost Christmas, you may want to ask Santa for tickets to Office Christmas Party. Clay (T.J. Miller), boss of the Chicago branch of tech company Xenotech, is a fun-loving man-child. Fed up with her brother’s work style, sister and CEO Carol (Jennifer Aniston), threatens to shut down the entire regional office unless Clay delivers significant growth by New Year’s Day. With help from CTO Josh (Jason Bateman) and head programmer Tracey (Olivia Munn), their only hope is to land a huge deal with Walter Davis (Courtney B. Vance), who just happens to enjoy a wild party.

“This movie is what a good comedy should be. There were excellent improv riffs, good situational humor with some added physical gags, all wrapped up in spectacular comedic timing. The ensemble cast played off each other well, and the relationships made for some truly funny moments. This is a movie that is funny from beginning to end, well put together, and doesn’t take itself too seriously.” —Jeff

“The cast is stuffed full of talented actors, and no one is mailing it in. Kate McKinnon, who plays Hillary Clinton on Saturday Night Live, is hilarious as the HR rep struggling to keep the party tame. Jason Bateman doesn’t stray too far from his normal straight-man character, but his one-liners are worth waiting for. This movie also does an excellent job showcasing my favorite city of Chicago, from a glorious shot of the bridges over the river to jokes about my shitty Bears. Even Jimmy Buckets (Jimmy Butler, forward for the Chicago Bulls) has a cameo is this movie” —Drew

“Where others fail, this one succeeds with a solid well-told story. Everything that is introduced serves a purpose and fits into the whole. There are no throw-away scenes or filler just to pad the runtime. All of the smaller side elements and jokes tie in to the overall movie even when they seem like unattached jokes at the time. Care was taken in crafting this movie instead of just packing a bunch of random jokes and physical gags into 90 minutes.” —Jeff 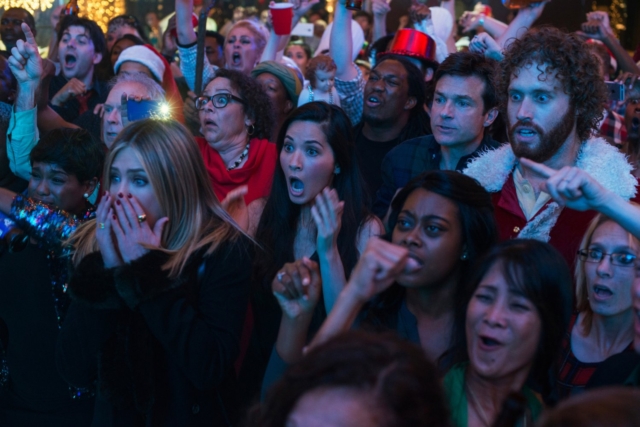 “Going into a movie like this, you shouldn’t be expecting a plot with any complex layers to it. It’s all about setting up the worst-case scenario then going over the top. At one point, people joust with flaming Christmas trees, an act I would never want at my office parties, but sure looks cool.” —Drew

“The movie could have been better had it pulled away from the formulaic and safe path it follows. It doesn’t try anything new, so it feels so much like other good comedies we have seen in the past. What makes it good is unfortunately also what makes it fade into the crowd.” —Jeff

“The likability of T.J. Miller plays a big part of this movie. While I enjoy his goofy, off-the-wall style, I can see how some would not appreciate him playing this trust-fund, frat-boy Santa. The movie also relies very heavily on bits to get from scene to scene. The combination of those two things might have some audiences want to give a hard pass on this one.” —Drew

An extremely funny holiday comedy movie that is definitely for a more mature audience, even if it has elementary humor. It is slightly predictable, but highly entertaining.