Going to the Movies with Jeff & Drew: “La La Land” 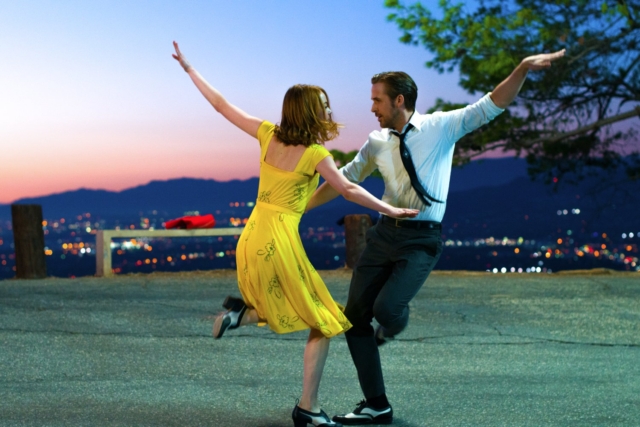 A melody quietly creeps from the cars in an L.A. traffic jam. A musical song-and-dance number breaks out into a sea of color, sound, and dance. La La Land takes the style and feel of a movie from the golden age of cinema and adds a modern twist. We are first introduced to Mia (Emma Stone) on a crowded Los Angeles highway in winter. Mia is distracted behind the wheel, which leads to an angry interaction with Sebastian (Ryan Gosling), a talented, but struggling, jazz pianist. They continue to run into each other until Sebastian finds Mia at work and takes her to a local jazz bar. There he expresses his overwhelming love for jazz, as well as encourages her pursuit of becoming an actress. This modern musical tells the story of these two lovers over the course of one year, surrounded by bright colors, charming dialog, and catchy songs.

“La La Land feels new but familiar, classic but modern. There’s a little something in this movie for everyone. It’s funny and heartfelt, grounded yet whimsical. It’s a joyous film that’s well deserving of the awards it is sure to receive. There have been good film musicals after the heyday of the genre in the ’40s and ’50s, but none have portrayed the pure joy of singing and dancing so well or transitioned so flawlessly from dialogue to a musical number. It’s the movie for people who say, ‘Why can’t they make musicals like Singin’ the Rain or White Christmas anymore?’” —Drew

“La La Land‘s visual style is nothing short of stunning. From the very first scene we are thrown into an amazing-looking world where the camera doesn’t stop moving in the most fantastic ways. There are long, sweeping crane shots, elaborate Steadicam sequences, and marvelous dolly moves. The two constants are the camera is almost always moving, even if only slightly, and the shots are rock steady. There are no shaky handhelds.” —Jeff 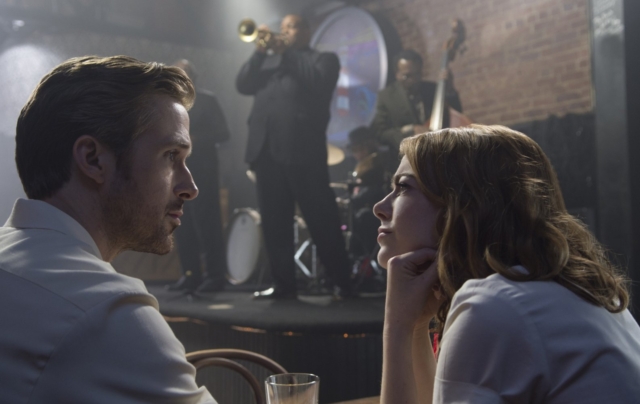 “It goes without saying that Gosling and Stone have incredible on-screen chemistry. We’ve seen it before in Crazy Stupid Love and Gangster Squad. But seeing them both dance adds a wondrous new level of onscreen likability. Their singing is smooth and catchy, worthy of great Broadway performers.” —Drew

“This movie felt like watching a modern Fred Astaire film. The set design harkens back to the golden age of cinema, with vibrant colors, elaborate set pieces, and, at times, surreal scenes that all serve to bring a nostalgic beauty to the movie. Every item on screen serves a purpose, whether it is for the leads to dance around and on, or to build this lovely world that they inhabit. Such care is taken to make sure nothing feels out of place.” —Jeff

“For me, La La Land is a perfect movie. From the start, I knew I was in for an amazing ride in which I don’t know what’s real and what’s not. It constantly blurs the line of reality on screen. I didn’t know if what I was seeing was real or a dream or a visual representation of how the main characters felt. I left the theater in awe, and it just made me feel good.” —Drew

“It’s clear that perfection comes from meticulous planning for every frame. That planning brings together a well thought out script, a cast that plays well together, and mind blowing cinematography, all wrapped up in art direction not seen on this magnitude. It all culminates into a grand musical that doesn’t feel like a musical. It immerses you into the story.” —Jeff

This is a nostalgic piece of cinema that will fill the soul of musical lovers and movie buffs, but it won’t leave behind everyone else. It has an unexpected and compelling story, perfect cast, and a look that will be hard to top. This movie is even for people who say they don’t like musicals and should not be missed by anyone.