Going to the Movies with Jeff & Drew: “King Arthur” 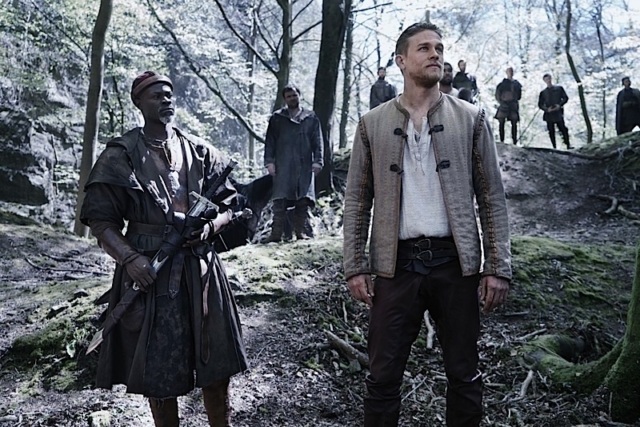 From Camelot, to The Sword in the Stone, to even Monty Python and the Holy Grail, there are a lot of great interpretations of the Arthurian legend. Guy Richie’s King Arthur: Legend of the Sword isn’t like any one of them. Like so many other recent blockbusters, this is one of those movies that wants to give us a familiar face in a darker, more mature tone.

“Guy Ritchie has taken his signature look and brought it to medieval England. You have to give him props for trying sometime new in a world of stale remakes. All the aspects we have come to expect from a Guy Ritchie movie are present. The long dialogue scenes that jump frantically around between the people talking intercut with flashbacks to what they are talking about, the wild camera movements that serve to disorient the viewers and even the liberal use of speed ramping and quick cuts are there. While these techniques help to update this well-known and over-told tale into a more modern telling, there are points that their use feels overdone and unnecessary, serving less the story and more of a distraction to the flaws of the movie.” —Jeff

“Many of us are familiar with the tale of Merlin, Camelot, and the Sword in the Stone. But Guy Ritchie, the director behind Snatch and the Sherlock Holmes films, decided to give the origin tale a reboot to set up yet another bloated action franchise. He is genetically incapable of being boring. The film’s opening sequence sets the tone for the rest of the movie, as black-magic siege engines and colossal war elephants stomp Camelot. The mystical elements are creative and convincing, and the script provides some intriguing speculation about how that sword got stuck in that stone.” —Drew

“Ritchie’s style worked best in the storytelling. He doesn’t spend time dwelling on unnecessary story points or classic parts that everyone knows. Rather, we are given the information we need quickly and are able to build more story that hasn’t been told before. The movie opens with quick bits that are critical to the story and integral to the background of who Arthur is without telling us everything. It hooks us in so we want to know more of this crazy telling. Information is doled out at a controlled pace and keeps you interested through the whole movie. If you strip away the flash and styling, this retelling, at its core, is a very interesting, heartfelt story.” —Jeff 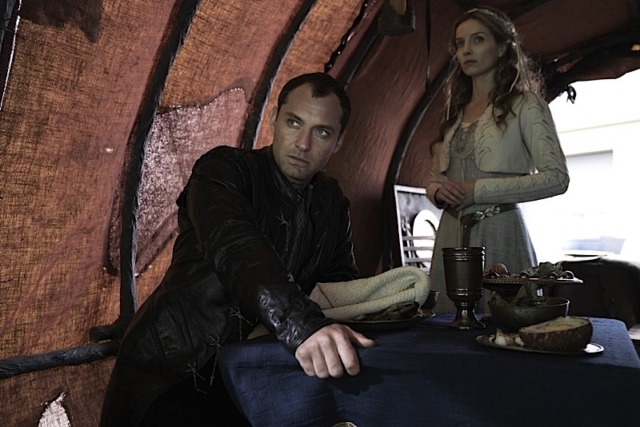 “There is a lot of info thrown at you in this movie, especially in the beginning. The first 15 minutes feel like a recap of two separate prequel movies. It starts with a title card explaining that man and mage lived peacefully, side-by-side, until the rise of the sorcerers led to a battle for Camelot. Buried within a sequence that includes exploding knights and elephants that shoot fireballs from their trunks, the royal mage Vortigern (Jude Law) schemes to steal the crown from his brother, King Uther (Eric Bana). Then it shifts gears and centers on young Arthur, who is raised in a brothel and trained in combat, as he evolves from hapless orphan to a sort of Robin Hood figure. Legend of the Sword finally starts into the legend of this movie about 30 minutes in. It’s not bad; it’s just a lot.” —Drew

“This movie is not without its flaws, chief among them some questionable acting choices. Numerous supporting characters have weak performances. While they may not be on screen for very long, their presence can be jarring. Astrid Bergès-Frisbey, who plays The Mage, has an accent that changes from scene to scene, moving from French, to semi English, to something else entirely. Other characters’ performances feel subdued when contrasted to some of the leads who give their all on screen.” —Jeff

“Guy Ritchie gives this clear starting point for many sequels. It’s distinctive, cheeky, and he succeeds with his most potent and personal concoction. It doesn’t devalue its source material; it only enhances it.” —Drew

This updated retelling of a classic tale is both refreshing and confusing. We are given a new look at the infamous King Arthur through the lens of the highly stylized director Guy Ritchie that is both refreshing and frustrating. It’s worth a look for the fact that this remake does things completely different than all the rest.