Going to the Movies with Jeff & Drew: “Jackie” 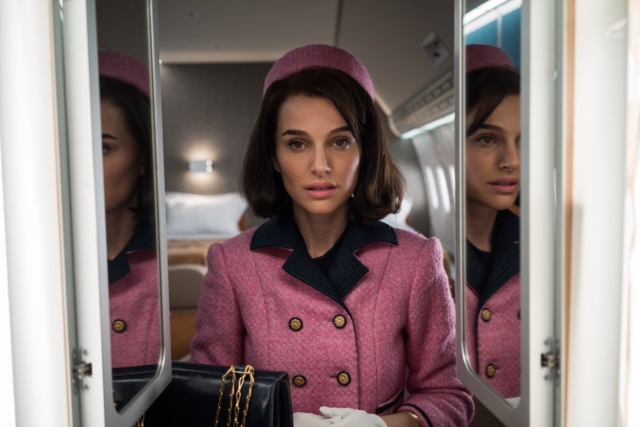 Following the events in Dallas on Nov. 22, 1963, Jackie Kennedy (Natalie Portman) sits down with TIME reporter Billy Crudup and tells him how her world seemed to be crumbling around her. She has to vacate the White House she restored and plan her husband’s funeral. JFK only being the fourth U.S. president assassinated, Jackie knows the day before the funeral will determine how history remembers her husband’s legacy, as well as her own.

“The discounting minor chords of the opening music put you on edge that this movie is not going to be a feel-good biopic. Those violins sound less like musical notes than icy shards, and when the picture comes up, Portman portrays Jackie to a T. You may not see a better performance by an actor this year. It overshadows her Oscar-winning role of Black Swan. She portrays Jacqueline Kennedy with such genteel intensity and unconceivable grief.” —Drew

“The music overpowers, thrusting the audience into a strange and discombobulated world. Much of the cinematography feels awkward and at times almost voyeuristic. It helps add to the despair that Jackie must have felt in the weeks after her husband’s death, but it also makes sections confusing to the point that you aren’t sure what’s going on or why you should keep watching.” —Jeff

“Jackie has a non-linear structure, which can be jerky at times and take you out of the movie. Interview segments are broken up with several scenes, from a full recreation of the 1962 White House tour to the aftermath of the assassination, the funeral, and even the assassination itself. We also see a surprising side of Jackie during the interview, as she smokes non-stop, a secret she keeps from the public. This movie steers away from the fuzzy, soft memories of Friday, Nov. 22, 1963 and hits us in the face with the personal impact of losing a spouse.” —Drew

“Director Pablo Larraín did a superb job of blending historical footage into the movie and moving between old and new. Inserting Portman into old footage melded seamlessly with the recreated locations to show us what the news cameras couldn’t. It takes the techniques used in Forrest Gump to a whole new level.” —Jeff

“This is a powerful collaboration with Portman and director Pablo Larrain, but beyond those two, some things didn’t work for me. Peter Sarsgaard’s Bobby Kennedy accent isn’t as polished as Portman’s. When they share the same scene, it is painfully obvious who the better actor is. Also, this movie moves very slowly for only a 90-minute runtime. With the subject matter, I would have hoped it wouldn’t drag so much.” —Drew 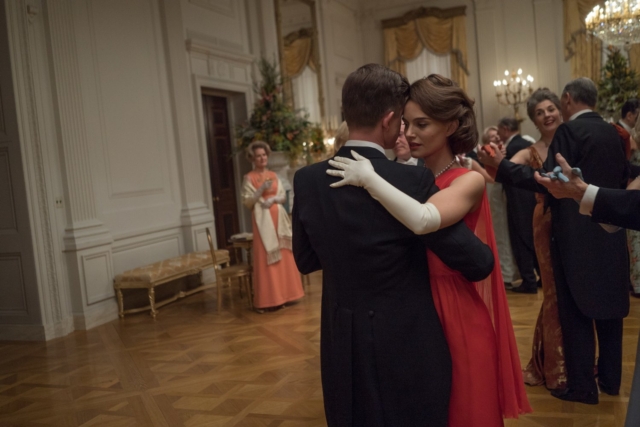 “The pacing of the whole movie was not consistent, nor was it easy to follow. Parts flash by so quickly you’re not sure what is happening, and others just drag out painfully, showing minor details that have no real bearing on the story. The whole thing feels like a highly stylized college art film. It tries to make you feel grief and discomfort, but fails. The movie ends up just feeling long.” —Jeff

It’s an interesting look into the mind of Jackie Kennedy after the assassination of her husband. The movie uses everything it can to disorientate and make you feel uncomfortable. Unlike any other biopic, it definitely has its own unique style that might have audiences shying away.