Going to the Movies with Jeff & Drew: “Hidden Figures” 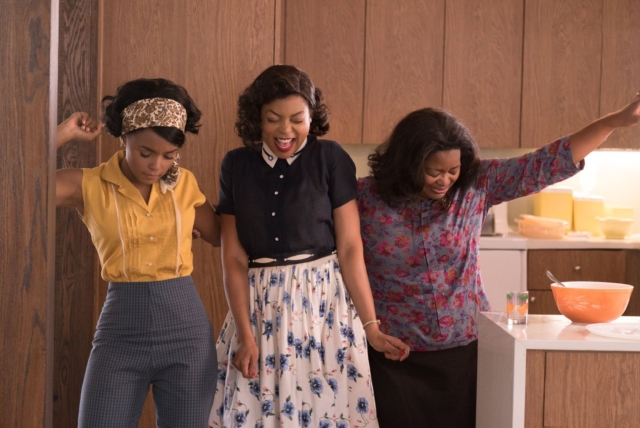 During the 1960s scramble to put an astronaut in orbit, a group of African-American women worked at NASA doing the complex calculations that sent Alan Shepard and John Glenn to space. Three of these brilliant women, Katherine Johnson (Taraji P. Henson), Dorothy Vaughan (Octavia Spencer), and Mary Jackson (Janelle Monáe), serve as the minds behind what turned around the Space Race for the United States.

“Hidden Figures is a powerful movie that isn’t afraid to make you feel uncomfortable about the way African-Americans are treated, then or now. Repeatedly in the film, Katherine has to run, in heels, the half-mile back and forth from the Space Task Group to the colored computer offices, which are the only ones that have a bathroom she’s allowed to use.” —Drew

“What struck me was that this movie tells an important historical story, a story that is so tied to one of America’s biggest achievements, yet this portion of it went mostly unknown. At its core, this movie really is about perseverance and the human will. Doing whatever it takes to achieve your dreams no matter who tries to stand in your way. These women did amazing things by today’s standards, let alone during such a tumultuous time for civil rights.” —Jeff

“The performances in this film are out of this world. Actresses Taraji P. Henson, Octavia Spencer, and Janelle Monáe excel at playing smart women who must prove that they belong and can achieve great things. Co-stars Jim Parsons and Kirsten Dunst play NASA supervisors who don’t help the women as well as they could or should. Their passive-aggressive roles really are great at blurring the line between them being racist or threatened by these women taking their jobs.” —Drew

“The three leads bring a very human element to the movie. These larger-than-life women are portrayed as human beings with everyday struggles. Even the supporting characters in their misguided look on life have growth and a human element, making it easier to not fault them for their flaws. One character that feels out of place among some outstanding performances is Glen Powell’s portrayal of John Glenn. It is stiff and almost goofy at times, as though he was hamming it up for the camera during an SNL skit. It’s very jarring in an otherwise great flow.” —Jeff 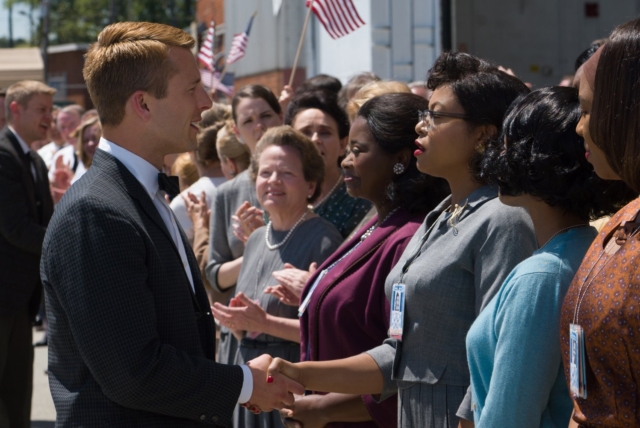 “The score and soundtrack are key elements, and will go down as classic. The music is delicate and precise, and fits perfectly, thanks to Hans Zimmer and Pharell Williams’ ‘60s-inspired tones. Done with a pop of fun and overpowering optimism, its fresh sound is both perfectly placed for the time period, and also timely for today.” —Drew

“The art direction on this movie is top-notch. Attention is paid to even the littlest of details to accurately depict NASA during the 1960s. All of the furniture, desk accessories, hair styles, wardrobe, everything that made the look of the ’60s so iconic, are present. Even the tile on the bathroom walls fit with the overall aesthetic. The smallest details, when done right, should go almost unnoticed, and here they hit that mark and then some.” —Jeff

Hidden Figures tells the story that needed to be told: the highly overlooked work of African-American women at NASA that was so integral to putting a man in space. This is an engaging movie that hits it out of the park with a top-notch cast, spot-on look, a little humor, and a lot of perseverance. This movie can be enjoyed by everyone, whether you’re in it for the Space Race, civil rights, women’s rights, or just looking for an enjoyable picture.