Going to the Movies with Jeff & Drew: “Gold” 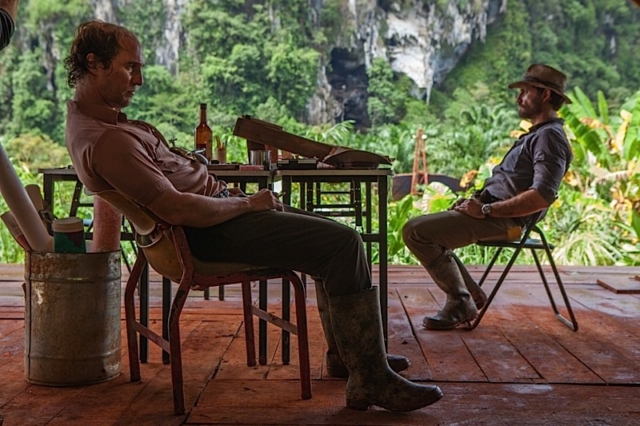 Gold is an American crime adventure loosely based on the true story of the Bre-X mining scandal, when a massive gold deposit was supposedly discovered in Indonesia. Matthew McConaughey stars as Kenny Wells, the unlucky businessman who teams up with geologist Michael Acosta (Édgar Ramírez) to find gold deep in the uncharted jungle.

“The acting in this movie is up and down and wholly inconsistent. For some of the characters, you can really feel their pain and strife as they go through the roller-coaster story. McConaughey’s character plays like a cheap imitation of Johnny Depp playing Hunter S. Thompson in Fear and Loathing in Las Vegas. He went through a tremendous physical change for the role, and it shows that he is putting a lot into the roll. Still, the character doesn’t work. Wells fumbles through the movie, is mean to everyone, and, ultimately, doesn’t learn anything.” —Jeff

“Directed by Stephen Gaghan, Gold is inspired by a 1997 mining scandal by Canadian company Bre-X, which went belly-up in 2003. Even if you are familiar with the real-life scandal, Gaghan’s film is so loosely inspired by the real events that you probably would hardly recognize the events in the film. Everything is designed to fit in the U.S. narrative; they went as far as to move the headquarters from Calgary to Houston, and change the Toronto Stock Exchange to the NYSE.” —Drew 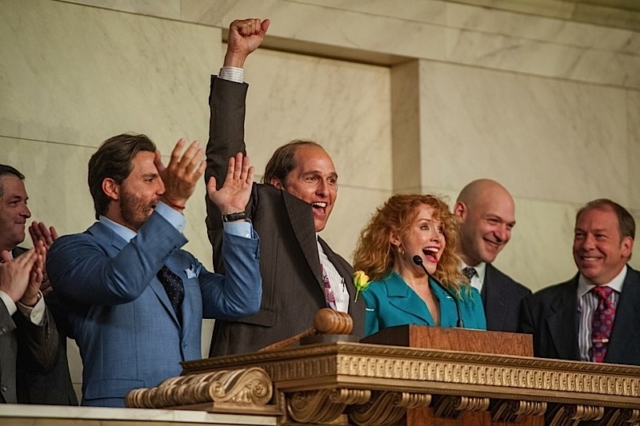 “Academy Award-winning cinematographer Robert Elswit did an amazing job with the look of this movie. The sweeping landscapes of Indonesia (shot in Thailand) do look stunning and really set the scene for the hopelessness that the jungle can bring, but it is not enough to salvage this tiresome film.” —Jeff

“Gold wants to be smarter than it is. It starts by throwing out a lot of insider terms of the prospecting industry, much like The Big Short. The difference is The Big Short did an excellent job on explaining complex situations. Gold does not even try. The script is also a mess. It turns into a mix of big dreams and friendships being changed by big money, the little guy being overrun by people with power, and one man trying to leave a golden legacy. By the way, Craig T. Nelson is in this movie, but his part is so small and inconsequential that if you missed the first 10 minutes, you would never know he was in the movie.” —Drew

“The movie drags throughout most of the runtime. The few compelling moments that make you feel for the characters are separated by so much time that they don’t build or go anywhere. Most of the script consists of people talking with little to do with the overall plot. While there is an interesting story in this movie, it is not presented in an interesting way.” —Jeff

“Gold is fool’s gold. Some things about it will catch the eye and pique interest; just don’t make the mistake of expecting a big payoff. The most frustrating thing about this movie is that it has a compelling back story, but the script never cashes in on it.” —Drew

Gold is a poorly paced movie with uninteresting characters. While it is based on true events, the script takes many liberties with the story. Watching a movie based on the real-life events would be a better use of time. Or just watch another movie entirely.