Going to the Movies with Jeff & Drew: “Free State of Jones” 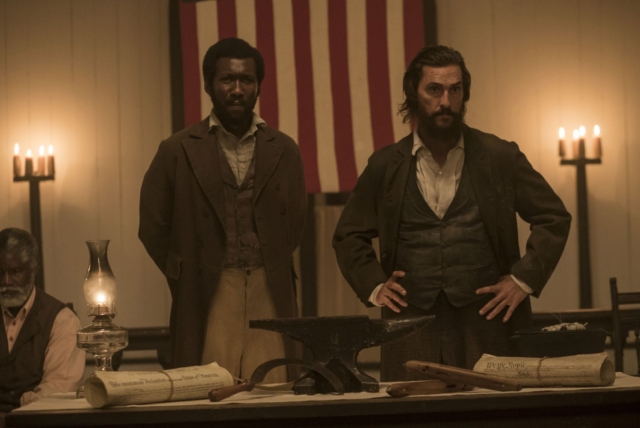 A compelling story of not-so-well-known men during the Civil War is diminished to a dry, dragged out, mind-numbing history lesson in Free State of Jones. After surviving the 1862 Battle of Corinth, poor Mississippi farmer Newton Knight (Matthew McConaughey) deserts the Confederate Army and leads a group of small farmers and former slaves in an armed rebellion against the Confederacy in Jones County.

This American Robin Hood tale is anything but captivating. It’s an uneven mess of storytelling that changes its approach several times. The beginning draws you in with men wanting to be free of the tyranny of government and war. From there, it limps along, trying to fill in what Knight does for the rest of his life using a large amount of onscreen text and large jumps in time. There are even points that unnecessarily flash forward to the 1940s.

“I wanted to like it so much, but it just didn’t know what to do with itself. There is a great story at its core that just wasn’t able to come out.” —Jeff

“The best way to describe this movie is confusing. About 20 minutes in, we are shot forward 86 years to a courtroom where a seemingly white man is being accused of being black. It lasts less than one minute, and we are right back in the 1860s. I was left wondering if it was a mistake in the movie, even more so when there are large gaps between flashing forward scenes. In the end, these jumps are ultimately unnecessary to the overall story.” —Drew

“Generally, when watching historical biopics, you are met with outstanding acting. This is an exception. While the acting is not bad, most of the characters fail to make a connection to the audience. This allows them to be interchangeable, adding to the confusion of what is going on. It all becomes mediocre.” —Jeff

“McConaughey gives an average performance. His character is never put in a situation that helps him grow or shows him as more than one dimensional. He doesn’t show self-doubt and has minuscule intimate moments for us to relate or sympathize with him.” —Drew

“There is so much unnecessary, historical filler. I love when movies get history right, but I don’t need every detail of someone’s life to include what their descendants went through, to enjoy a story of defiance. I don’t even need a happy ending; I just need an ending.” —Jeff

“It is also becoming more and more apparent that big studio releases have a problem with ending films. Either the movies have too many endings or, like in this particular example, it just fizzled out. Audiences want resolution, even though it might not be historically accurate; you need to give them something.” —Drew

“A confusing mash of bullet points goes on for an hour before the credits start rolling. While the film may be filled with historical accuracies, it doesn’t make it very entertaining to watch. It would have been better told through a documentary.” —Jeff 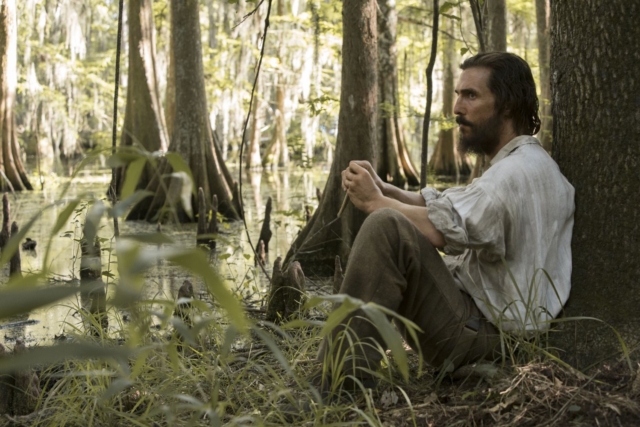 “A documentary or a mini-series, because you feel all 140 minutes of this film. All the action is at the beginning of the film. And the back end is loaded with boring, lackluster aftermath.” —Drew

The color style of the film fits well with this type of dark, moody movie. It seems to be practically lit through large portions that make everything seem dark and gloomy. This also causes some strobing issues between the many flames used and the camera shutter. Sets and locations fit with the look of the 1860s as did the excellently crafted wardrobes. Complete with patchwork burlap and worn out trousers.

Free State of Jones shines a light on the divide of race and economic classes during the Civil War that are still relevant today. It starts the conversation, but never finishes it.