Going to the Movies with Jeff & Drew: “Finding Dory”

There’s something in the water at Pixar. The computer animation studio is rarely content merely creating cute wildlife or wondrous seascape settings.?And they’re never just satisfied pulling at your heartstrings; they slam them until you are thrust into an emotional state you haven’t been in since you were a child.

Finding Dory is a new but familiar story. It turns the last script on its head, and the child must now rescue the parents. One year after the events of Finding Nemo, Dory (voiced by Ellen DeGeneres) recalls a few of her childhood memories and, accompanied by Nemo (voiced by Hayden Rolence) and Marlin (voiced by Albert Brooks), she sets out to find her family. Their journey leads them to the Monterey Marine Life Institute, where Dory gets separated from her friends and meets Bailey (voiced by Ty Burrell), a white beluga whale; Destiny (voiced by Kaitlin Olson), a whale shark; and Hank (voiced by Ed O’Neill), an octopus, who become Dory’s guides.

The thing Pixar does better than anything else is mind-blowing animation, and this is no exception. The locations draw you into the visual aspects of the film. The movement of the characters brings each creature to life. The stand-out animation feat and new standard is Hank, the octopus. He crawls along the floor, walls, and ceiling while using his camouflage, reminding us that Pixar is the best at animation. And Ed O’Neill’s voice really brings the master of disguise to life.

Sadly, Finding Dory fails to meet the high bar Pixar has set for itself. For one, it doesn’t know when to stop. The believe-in-yourself message is so heavy-handed and frequent, it makes the movie seem one dimensional. And the last action scene is too far-fetched for even a child to believe.

“The pacing drags through large portions of the movie. There are some genuinely funny moments and some great writing. But where it really fails is with the sad emotion.” —Jeff

“Unlike heartless robot Jeff, I couldn’t get out of the first scene without tearing up. Young Dory coming to terms with her short-term memory loss and revealing her fear that she might forget her parents was too much for me to bear. Pixar has my number and knows how to hit me where I live.” —Drew

“Dory is sympathetic as a character, but the passion for her strife wasn’t quite there, causing her down moments to feel dull.” —Jeff 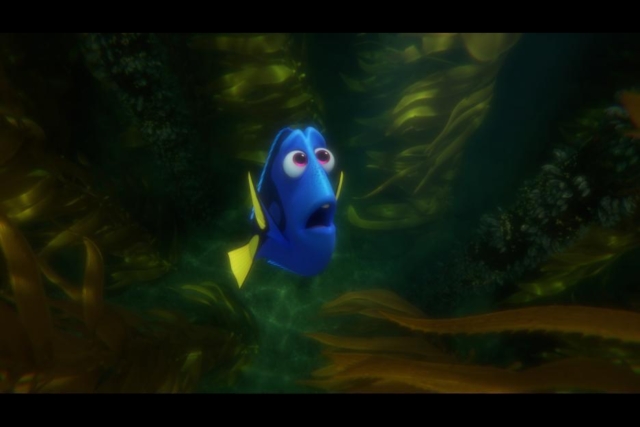 “I will admit, Finding Dory is nowhere near as good as Wall-E or Inside Out. But it is, without a doubt, better than Cars 2 or The Good Dinosaur. An okay Pixar movie is better than some other animation studios’ best.” —Drew

Finding Dory is still a great family movie and deserving of its position in the vast Pixar library.

This movie has a number of great moments, and, though it’s wonderful for everyone, you have to remember that it’s meant for kids.