Going to the Movies with Jeff & Drew: “The Disaster Artist” 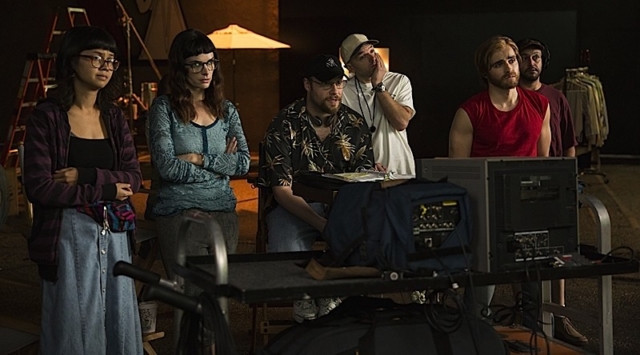 A comical and delightful tribute to the cult classic The Room, the movie follows Greg Sestero (Dave Franco) as he meets the fearless actor Tommy Wiseau (James Franco) in an acting class and accepts an offer to move with him to Los Angeles. When both of them run into trouble getting their acting careers off the ground, Wiseau decides to write, direct, produce and star in his own movie while also giving Greg a sizable role. As the production continues, things start to become clear—Wiseau thinks he’s a genius, and has no idea what he’s doing. As the movie more and more obviously turns into a disaster, Wiseau and Sestero’s friendship is tested in ways neither of them ever imagined.

“James Franco’s acting is transcendent; Dave Franco meets the challenge of tying us to a weirdo and not letting us stray during wild excursions with the Wiseau character. He portrays Sestero as a wide-eyed idealist with middling talent and a dream that his unpredictable friend can help realize, and the sibling actors enjoy an inspired confuser/confusee dynamic.” -Drew 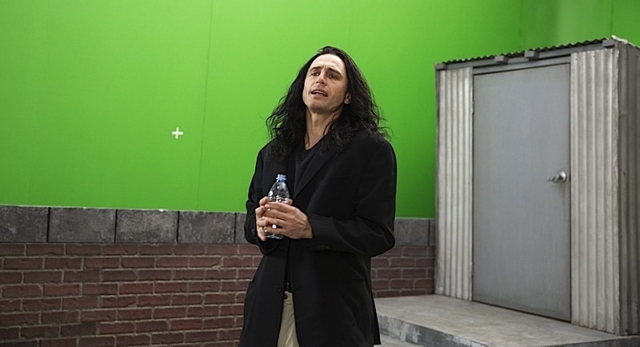 “The supporting cast of the movie is something to behold. It’s as though Franco is throwing a party and everyone wants to be there. Seth Rogen, Zac Efron, Megan Mullally, Sharon Stone, Bob Odenkirk, J.J. Abrams, Judd Apatow, and Bryan Cranston are just a few who grace this movie in small roles. The main supporting cast who make up the doomed crew that are tasked with bringing Wiseau’s insane vision to life embody what it must have felt like to watch as your hard work is thrashed into an incomprehensible mess. Showing up each day to watch a sinking ship you can do nothing to save, but the paychecks keep coming.” -Jeff

“The real heart of the movie lives in the performance of James Franco. It’s hard not to feel like this is the sort of role he has been waiting for his whole life. Full of performative strangeness, but strangely fragile and moving underneath the surface. He captures all of Wiseau’s facial and verbal tics. He also captures the strange heartbreak of a man who genuinely doesn’t understand why everyone else finds him strange. You really understand that Wiseau sees himself as the hero not as the comic relief.” -Drew

“The movie at its core is James Franco’s homage to Wiseau. While the movie is widely seen as a joke, Franco sees something more. The man who fought through everything to do what he loves. He embodies the auteur to the very core and showcases the internal struggle he faced in his attempt to become a Hollywood director. It’s easy to laugh away such a bad movie, but after learning of the true story of how it came to be, albeit with large chunks still clouded in mystery, it casts a whole new light onto the ‘Worst movie ever made.'” -Jeff

“The Disaster Artist seems too outlandish to be tethered to fact, but side-by-side comparison shots over the end credits reveal the meticulous attention to detail in recreated scenes. The two Francos are a delightfully demented double-act. The James flirts with a potential Oscar nomination for his gung-ho embodiment of artistic bravado in freefall.” -Drew

“The Room found its cult following in the midnight screenings, and Wiseau found the fame he desperately yearned for. This movie shows that even against all odds, you can still obtain your dreams, even if they change course from where you thought they would go. This movie is a very strange story of overcoming adversity, finding friendship, and doing what you love. While the backdrop may seem like a farce, there is still a very good lesson to be learned, you just have to look for it.” -Jeff

The Disaster Artist is the fan piece to top them all. Enjoyable on so many levels, Franco’s homage to Wiseau takes an unfiltered look into the train wreck that became The Room.