Going to the Movies with Jeff & Drew: “Diary of a Wimpy Kid: The Long Haul” 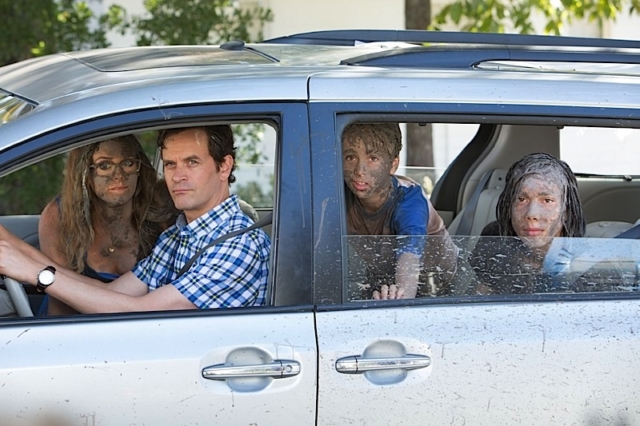 In the span of two years, a trilogy of Diary of a Wimpy Kid films were released in rapid succession. For this fourth film in this series, because no one stays young forever, the entire family is recast. The Heffley family’s road trip to attend Grandma’s 90th birthday party goes hilariously off course, thanks to Greg’s newest scheme to meet a YouTube star at a video gaming convention and clear his name.

“The Long Haul sets up a relatable conflict for modern children. It explores how parents who didn’t grow up with the internet see modern children’s fascination with technology and viral culture as alienating, while the kids don’t see enforced family bonding time as serving anyone’s interests but that of parents refusing to bridge the generational divide. There’s a bit of truth in that, and it sets up Greg’s family for a redemptive arc where everyone learns a lesson about being considerate of one another’s wants and needs.” – Drew

“This movie, while staying true to the feel of the source material, doesn’t maintain the same quality and intelligence. Even when the books resort to a more crude humor, it happens in a way the fits with the narrative, instead of being just a cheap laugh. This movie is filled with cheap laughs by way of poop humor. While entertaining to kids, the movie could do with a little more sophistication pulled from the books.” – Jeff 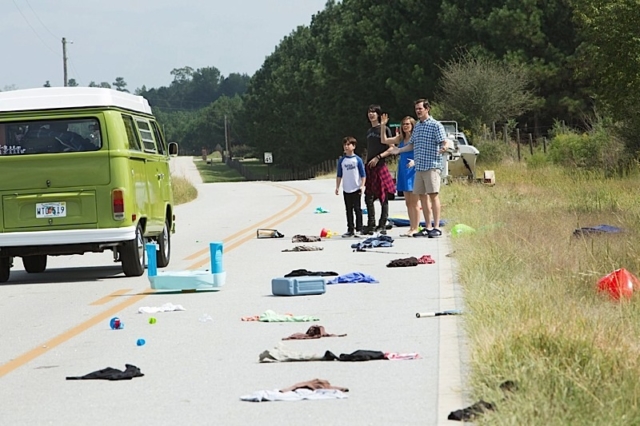 “The film seems to be aware of the terrors it inflicts on its audience in the name of a good time. There are several direct references to Hitchcock’s most iconic horror films Psycho and The Birds. But overall, it’s a raucous family adventure, a ‘Vacation’ for the PG crowd, if you will. If you grew up enjoying movies like Tommy Boy or Planes, Trains and Automobiles, this will be a fun movie to take the little ones.” – Drew

“While the movie may be extremely formulaic and simple, it is still enjoyable. All of the gags can be seen coming as they are simply and overtly setup to make sure the kids watching get it. There are a few cute and touching moments strewn into the mix that feel a bit forced, but serve to bring home a good lesson in communication and family.” – Jeff

Jeff took his 8-year-old daughter to the movie. Here is what she had to say:

“I liked that it showed having family time. It is funny when they kept getting in crazy situations, like when a cinnamon roll can pops, and they think it’s a gunshot. I thought it is funny and it is good. My favorite part is the ending and the part with the piglet.” – Aurora

The Long Haul is a cute continuation of the Diary of a Wimpy Kid franchise. It’s more formulaic and less sophisticated than previous movies, but this does not prevent it from being enjoyable for both kids and the adults that watch it with them.