Going to the Movies with Jeff & Drew: “Demolition” 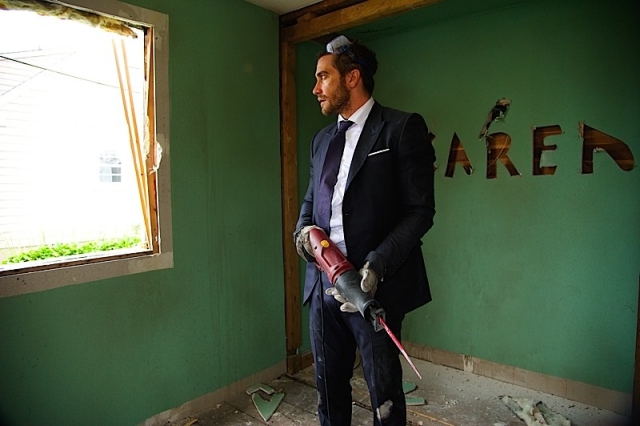 Demolition shines with an exceptional cast and great cinematography storytelling.

The movie starts with Davis, played by Jake Gyllenhaal, and his wife Julia, played by Heather Lund, driving into Manhattan. Suddenly and without warning, Davis screams, the airbag deploys and the screen goes black. He awakens on the second floor intensive care unit of St. Mary’s Hospital. The audience is lead to the conclusion of Julia’s unfortunate death by the blood on Gyllenhaal’s clothes. Disorientated and hungry, he makes a selection at a nearby vending machine for some peanut M&M’s. The metal corkscrew begins to turn, and, just when you think that bright yellow bag is going to drop, it doesn’t. A feeling that everyone has been privileged to far too many times. Still in mourning, he decides to write a letter to the vending machine manufacturer. What starts out as a complaint to get his $1.25 back turns into a series of therapeutic personal confessions. The letters catch the eye of customer service rep Karen (Naomi Watts). She and her son propel Davis into a world of self discovery.

Gyllenhaal’s performance of a man grappling with his lack of empathy for the world and the events happening around him is nothing short of spectacular. Someone who has lost a loved one in such a tragic way should show some type of emotion, any emotion. Gyllenhaal’s portrayal of Davis is that of a man so dead inside that you wonder how truly broken he is, and how long he has been like this. During his journey to rediscovering what humanity he has left, you begin to really feel for this character and how hard it must be to attempt to actually live after such a long time of just going through the motions.

The supporting cast does very well complimenting Gyllenhaal. Chris Cooper plays Phil, Davis’s father-in-law and boss, who is pushing Davis to pull his life together and deal with his grief. Karen and her son Chris, played by Judah Lewis, are dealing with their own issues. But with Davis, Karen and Chris seem to correct each other. 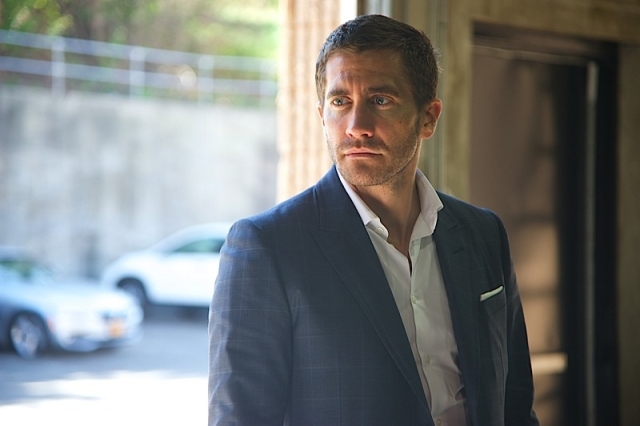 “Gyllenhaal really is on a role with his film choices, and is really knocking them out of the park.” —Jeff

“It’s hard to see any flaws in Gyllenhaal’s performance. The disorienting nature of the film plays right into his wheelhouse.” —Drew

The visual styling of this movie is daring and genius. We are immediately thrust into the discombobulated head of the main character as he struggles with breaking out of the monotony and lifelessness of his everyday routine. The film is uneasy without being uncomfortable. The excellent use of jump cuts, cut-away shots and quick flashbacks all come together to help show rather than tell the struggles that Davis is going through. The whole film is chock full of visual cues that really sell the story to the audience. The filmmakers took some real risks with how they put this picture together, and it pays off big time.

“I loved the subtleties and the overt of all the little things that were put into this film. It was well thought out from start to finish and very deliberate. This is how filmmaking should be done.” —Jeff

“The pace of the edits play off the character’s emotions throughout the movie and help the audience know exactly what Davis is feeling without being heavy handed.” —Drew

Independent films in today’s movie landscape seem to be the only ones taking chances, breaking from the mold and tackling hard and sometimes taboo subjects. Demolition is no exception. In the 100 minute runtime, we explore the different ways people grieve the death of a loved one, deal with tough family dynamics and the struggles those in the LGBT community face on a daily basis. There is no sugar coating the realities of life and how hard they can be at times. There aren’t always fairy tale endings, and sometime you have to tear things down to build them back up.