Going to the Movies with Jeff & Drew: “Criminal” 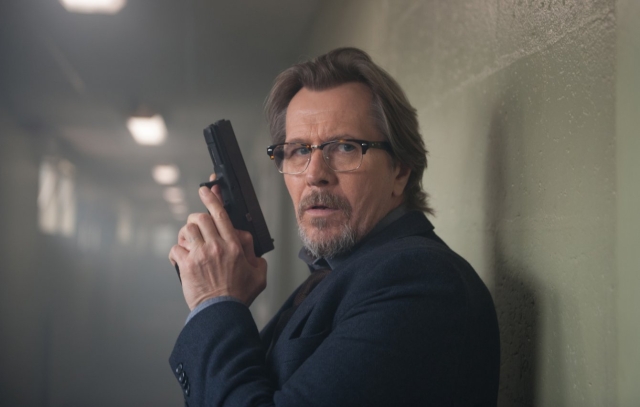 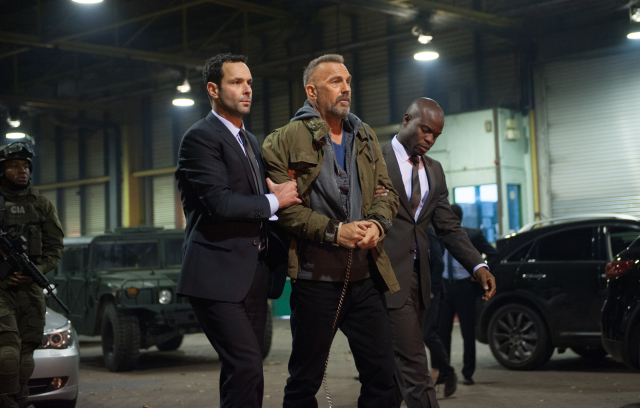 We can only wonder what could have been with Kevin Costner’s new, non-traditional action flick.

We meet CIA agent Bill Pope, played by Ryan Reynolds, running around the streets of London, seemingly being followed. He jumps into a cab to escape. A chase ensues, but it’s short lived. He is surrounded and sadly killed for not giving up the whereabouts of a man known as the Dutchman. The Dutchman is being hunted, because he has a computer program that takes control of the U.S. missile defense system. Enter Dr. Franks, played by Tommy Lee Jones. Franks has spent 18 years developing a way to transfer a person’s memories, skills, and feelings to another human being. Jericho Stewart (Kevin Costner) is a perfect candidate for Franks’ procedure, because he suffered a head injury as a child. There is only one problem; Jericho is a psychopath. Franks successfully transfers Pope’s mind into Jericho, and now the CIA’s most coveted secrets are in the head of an uncontrollable mad man.

This is very violent film. If you have a warm fuzzy memory of Costner in Field of Dreams or as the lovable baseball veteran in Bull Durham, this movie will destroy that image for you. He does a great job playing someone as vicious as Jericho. The only other time he has played a character like this is in 3,000 miles to Graceland, in which he cuts people down with a shotgun at the end of the movie. He is great in this film. He’s convincing as he finds himself, against his will, turning “normal” because of an experiment.

Gary Oldman, as of late, has been playing mellow characters like James Gordon in Christopher Nolan’s Dark Knight series. Here, his crazy level stays at ten through this whole movie with his portrayal of CIA man Quaker Wells. He is so over the top, you don’t believe his character could have made into the CIA.

If you are looking for the Tommy Lee Jones you know from Men in Black or the one we all love from the Fugitive, you will not find it here. He is oddly cast as the doctor who came up with the procedure. It works at times and doesn’t at others. And, he is so droopy during the whole movie; you would think someone ran over his cat right before they started filming.

“I found the casting choices interesting to say the least. Some characters felt cast just for the star power and not because they brought anything to the character. Costner was definitely the standout performance with his portrayal of a man with two conflicting personalities.” – Jeff

“For me, Costner’s performance is the saving grace in this movie. It seems like a lot of effort went into developing the character and the look of Jericho. Everyone else seems like an afterthought.” – Drew

Visually this is a superbly crafted movie. The cinematography is spot on. There is enough going on to be an interesting action movie without becoming gratuitous. The set design and costuming are crafted to help show the story and thrust you into a world that you could believe is real. Even the way they introduce the science of how everything works is done in a way that doesn’t leave the audience questioning what is going on. We’re on board for the ride.

Criminal had the potential to be a great movie. The story is really solid from the start, showing who the character of Bill Pope is and why we should care. The filmmakers choose new ways to show the reluctant protagonist Jericho becoming an antihero as more and more of Pope’s memories fill his head. The lost memory trope has been used many times before. Implanting someone else’s memories to try to gain information is a refreshing twist that works for the story. Costner does an outstanding job of portraying elements of Pope’s character intertwined with those of Jericho’s without just copying Reynolds’ performance. You can feel the internal struggle as the character changes throughout the film. There are, however, some moments woven into the movie that feel so jarring and out of place that they feel like an afterthought. It’s as if the studio made changes they thought would enhance the piece but only serve to diminish the final product.

“I wanted to take out the first and last scenes, and it might have been a great movie. Having them in brings down the movie.” – Drew

“I wanted to love this movie, but with all the issues it just fails. There is so much potential with a great story that is just squandered.” – Jeff