Going to the Movies with Jeff & Drew: “Central Intelligence” 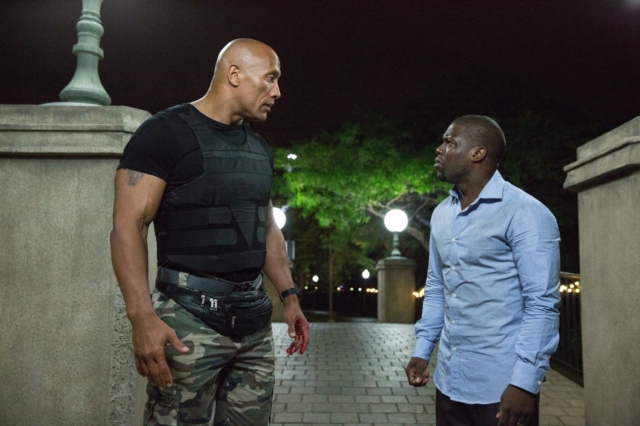 The first good comedy of the year has arrived just in time for summer. Kevin Hart stars in an action movie where his character desperately wants to get out of every tight spot. It will have you laughing on the floor and leaving the theater with ’90s nostalgia.

Kevin Hart plays Calvin Joyner, a bored-with-life accountant whose glory days as a high school superstar are far behind him. With his 20-year reunion looming, he is contacted by once-bullied, overweight geek Robbie Weirdicht a.k.a. Bob Stone (Dwayne “The Rock” Johnson), who has turned himself into a muscle-bound super spy. Through circumstance, the pair are forced to team up, and Calvin is thrown into a world of espionage he does not want to be in.

This is the third big-screen comedy for director Rawson Marshall Thurber, who has the hilarious cult-comedy Dodgeball under his belt. His We’re the Millers, which came out a few years ago, didn’t get the same kind of approval from critics but was well-received at the box office. Central Intelligence falls somewhere in the middle. The film is a comedy that builds its world and stays true to it. The main story arc of CIA double agents trying to find government satellite codes plays second to a constant stream of clever jokes, movie references, and puns. It’s not particularly clever or new, but it’s still entertaining and funny. Marshall also puts himself in all his movies. Look for him at the end, playing the ever-so-important role of Handsome Pants-Catcher.

The on-screen bro chemistry between Kevin Hart and Dwayne Johnson is legit, with their well-timed jokes. It is reminiscent of the greats like Richard Pryor and Gene Wilder. The supporting cast is filled with funny talent, such as Amy Ryan, Kumail Nanjiani, and even Aaron Paul. There are even some uncredited surprise cameos. The story is fairly predictable from top to bottom but does attempt to introduce doubt as to who the good guys and bad guys really are.

Since Hart and Johnson are from the class of ‘96 in this movie, the soundtrack is littered with hits from that decade. From Salt ‘N’ Pepa’s “Whatta Man” to En Vogue’s?“My Lovin’” to Blur’s “Song 2,” the tracks will take you back to when they were playing nonstop on the radio. It was a very effective tool to bring the audience back to the ’90s, since they spend the whole movie debating whether to go to their high school reunion. 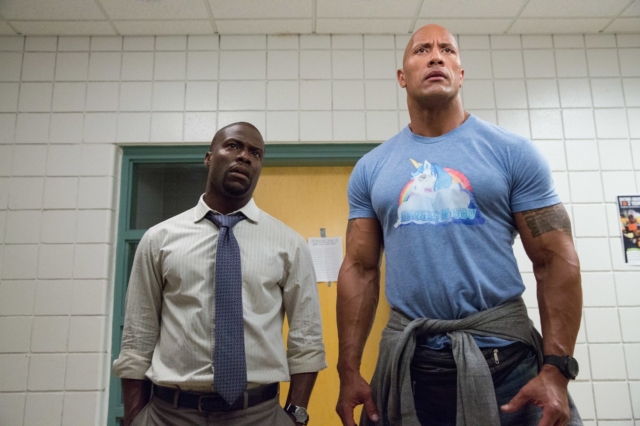 “This has to be my favorite buddy-cop comedy in the last decade. Much like Hot Fuzz, there is a solid story to support what the characters are doing. That story helps sell the jokes and gags that might have otherwise seemed like a standup routine.” —Jeff

“This movie sets itself apart because The Rock literally and figuratively throws Kevin Hart’s character into the action. It was a nice change of pace for Hart to play the straight man rather than the comic like in Ride Along.” —Drew

“It’s also great to see Johnson breaking from his normal role. He plays the dweeby, over-the-top character, and he nails it, unlike his first attempt in The Tooth Fairy.” —Jeff

“Being a lifetime WWE fan, I know how funny The Rock can be. I’m glad a larger audience can see what we wrestling fans have known for the past 20 years.” —Drew

Overall, this movie is a great cat-and-mouse comedy with plenty of intrigue. The jokes keep rolling through without getting old, and there is a solid story to hold the whole thing together.