Going to the Movies with Jeff & Drew: “Born in China” 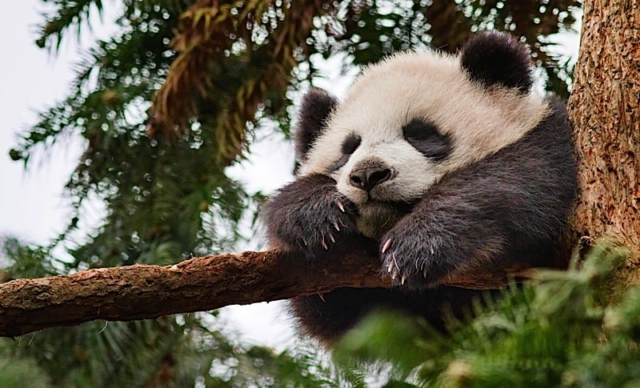 Born in China takes a unique look at a handful of animals native to the country, including panda bears, snub-nosed monkeys and snow leopards. The American-Chinese nature documentary spans four seasons in some of the most beautiful parts of China. You are able to see the snow leopard defend her mountain, a giant panda teaching her baby to survive on its own and a fluid family concept that a group of monkeys share.

“This is the type of documentary that gets kids interested in nature. We are greeted by some suburb visuals that showcase the majesty that is China. The vastness of the multitude of landscapes is presented in such a visually pleasing way. The subjects chosen for the movie are perfect ones to get kids interested with a good mix of silly, cute, while not shying away from some of the more harsh realities of nature without becoming graphic in nature.” —Jeff

“While other installments of the Disney nature series have focused on specific species and ecosystems, Born in China gets up close and personal with some of the unique species found in China: pandas, snow leopards, cranes, antelope and golden monkeys. The cameras follow these incredible animals while incorporating Chinese spiritual beliefs about life and death.” —Drew 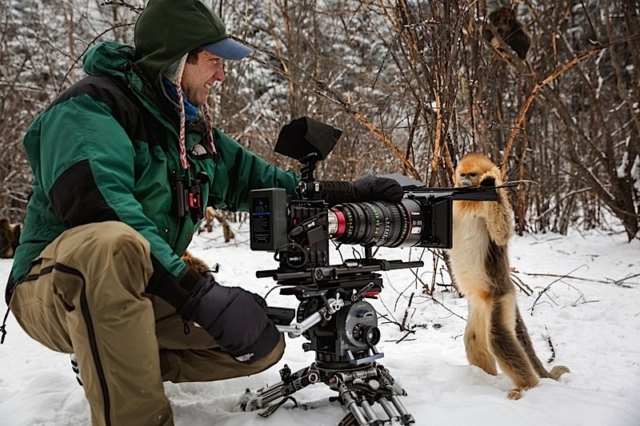 “The filmmakers picked a fantastic voice in John Krasinski to narrate the movie. He has just enough silly in his demeanor while maintaining a slightly serious tone to make the film flow and not get bogged down. Where the film falters a bit is with the writing of the segments. There is more anecdotal wording about how the animals are feeling and what they are thinking than actual factual information, which, as an adult, I find a little off-putting. But this movie is geared toward children, making this approach more than appropriate as it engages the children more on their level as only Disney can do.” —Jeff

“If you are a grizzled veteran of nature documentaries who has sat through shows like PBS’s Nature and BBC’s Planet Earth, you could be disappointed by the narrative structure of Born in China. The movie is a little too Disney and not enough nature. But this is a great first documentary to take animal-loving little ones. Know that there are a couple of gore-free, yet still intense and potentially heartrending moments, though far harsher events can be seen on NatGeo’s Wild every day.” —Drew

“This documentary is a watered-down nature film. It both helps and hurts the outcome. It makes it very easy to understand the content, but does very little to give any meaningful information. We are left with only a slightly increased understanding of these animals and their habitats. While it is cute to watch, it could use more factual information to help the audience understand these animals. This would make for a much stronger documentary.” —Jeff

“Born in China delivers gorgeous visuals in its close-up perspective on some of the world’s rarest wildlife species, as well as the imposing habitats they call home. It is also worth staying through the credits, as we are shown some behind-the-scenes footage of the filmmakers that gives us a glimpse of what it takes to grab such unforgettable footage.” —Drew

Born in China is a very cute documentary geared toward informing children about the vast ecosystems that are part of China and getting them excited about wildlife. It tackles some rough topics that can often be found in nature in a way that is easily digested by kids and won’t scare them.