Going to the Movies with Jeff & Drew: “Beauty and the Beast” 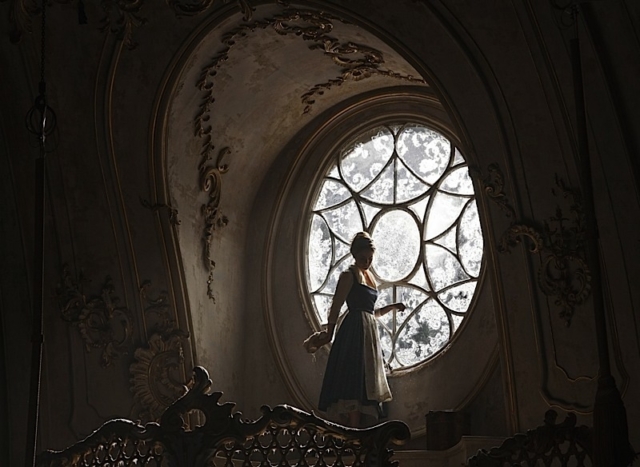 Disney’s Beauty and the Beast is the live-action retelling of their 1991 animated classic of the same name. The French fairy tale tells the story of a monstrous-looking prince (Dan Stevens) and a young woman named Belle (Emma Watson), who need to fall in love before a magic rose wilts or all the inhabitants of an enchanted castle will remain cursed forever.

“This live action adaptation of a Disney classic wasn’t sure what direction it wanted to go, and for that it suffered greatly. At times, it went in a new direction and did things differently, even adding new songs and story elements. Some new pieces worked well, such as fleshing out Gaston as a proper bad guy with evil tendencies as opposed to just a jerk. On the other hand, there are parts of the movie that felt like shot-for-shot remakes of the cartoon version with all entertaining and magical feel stripped away. It felt as though there were two completely different visions for how this movie should be that are at odds throughout the whole film.” —Jeff

“The new Beauty and the Beast tries to answer most of the unanswered questions from the 1991 film. But answering these questions doesn’t mean it’s an improvement. The animated classic allows for some mystery. We don’t need to know that the villagers don’t remember the castle because the same enchantress who cursed the Prince also had the power to make them forget that Prince or his castle ever existed. But for me, the most pointless added storyline is that of Belle’s mother. Of all the things I have wondered about this story over the years, I have never once cared what happened to Belle’s mother. And, as it turns out, I didn’t need to; her fate had no effect on any characters or the story. It is just a waste of time.” —Drew 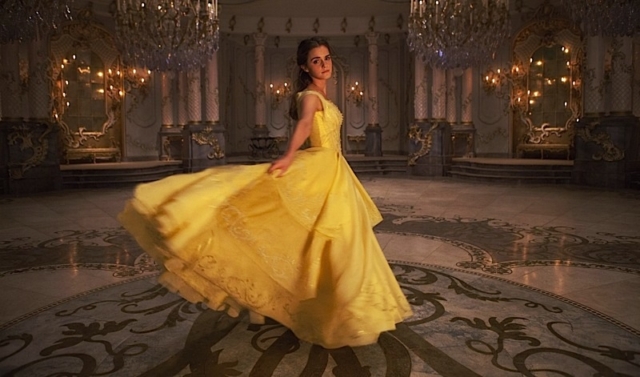 “At times, things that work in animation don’t translate seamlessly to live action, and Beauty and the Beast is a prime example. Disney attempted to recreate the charm and wonderment of the animated version with CGI recreations of key characters that were not real enough to feel tangible, yet not cartoony enough to be whimsical. During the reimagining of ‘Be Our Guest,’ we are subjected to an almost scary-looking Lumiere flail around as a dizzying array of objects assault the screen. With so much visual junk on the screen, and Emma Watson’s Belle looking constipated and bored through the whole number, it adds up to a lackluster appeal to the whole spectacle.” —Jeff

“Emma Watson as Belle is a huge disappointment for me. She puts in such a joyless and boring performance on screen. Watson is not a bad singer, but she’s not a great singer either. She seems to have trouble hitting some high notes as well as holding them. Dan Stevens’s Beast may be better, but it is hard to say. The actor is buried under raggedy CG and odd vocal aftereffects. Also I think the chemistry between the two characters suffered more because I don’t feel Watson was the right casting choice for Belle.” —Drew

“The biggest surprise to the whole affair is how subdued the performances are for such a high-caliber cast. All of the big names in the movie have a proven track record for great performances. Yet, here, the ensemble cast can’t muster more than a half-hearted attempt to react to things. It really did feel like everyone just phoned it in for the paycheck and had no investment in the outcome.” —Jeff

“With all its faults, Jeff and I are not blind to the fact there’s enough going right in this movie that anyone looking for a nice, warm nostalgia hug or something to take the kiddos to will get pretty much what they are paying for. While Beauty and the Beast is beautiful at times, you’ll most likely leave, like us, saying It’s not as good as the original.” —Drew

While entertaining, there is so much wrong with Beauty and the Beast. It fixes a few of the plot holes while bringing none of the wonderment and magic of the animated film. Subpar performances, CGI that couldn’t decide which direction to go, along with an unbalanced story, equal a DVD viewing.