Going to the Movies with Jeff & Drew: “Baby Driver” 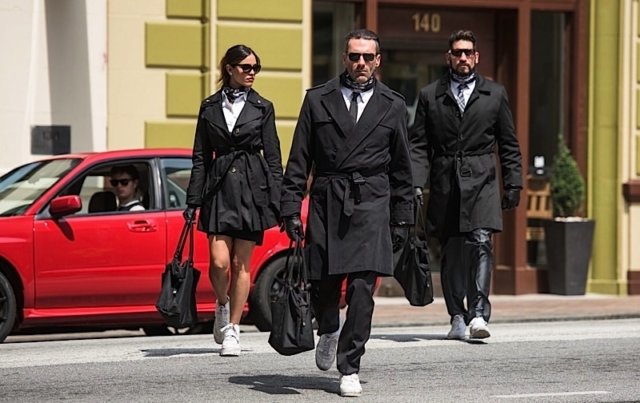 Baby Driver is about a kid named Baby (Ansel Elgort) who pilots the getaway car for a criminal gang. He is a genius behind the wheel, but he has to carefully coordinate his work to an eclectic mix of tunes. His musical picks are organized to overcome the phantom sounds that tinnitus creates in his head.

“Buckle up and hold on for a thrilling ride. Baby Driver fits right in with Edgar Wright filmography. It displays his signature storytelling style with new twists and techniques. The pacing of this movie grabs you from the first scene and pulls you through twists and turns all the way through the bitter end, resulting in a roller-coaster ride of fun. The audience is given enough information to understand what is going on without being treated like we are dumb, all this with no long expositional dialogue scenes but rather with action and reaction. Wright shows you a story instead of telling you one. This is evident from the minutes-long cold open that consists of all action and not one spoken word. You get a good sense of who the main character is and what he is capable of setting up the whole movie in spectacular fashion. The movie knows when to show you things, and when to just let scenes breath.” – Jeff

Baby Driver isn’t a musical, but it’s a movie that bathes in music. Our hero lives his life with a perpetual soundtrack playing through earbuds to drown out chronic tinnitus. He’s a getaway driver by trade, and he drives like he’s directing a very fast music video. Behind the wheel, he disappears into his music, fingers tapping imaginary piano keys and body twisting to the rhythm. Virtually every key scene in Baby Driver is synched up to the beats, riffs and melodies passing through Baby’s head as if changing the dial on the radio.” – Drew 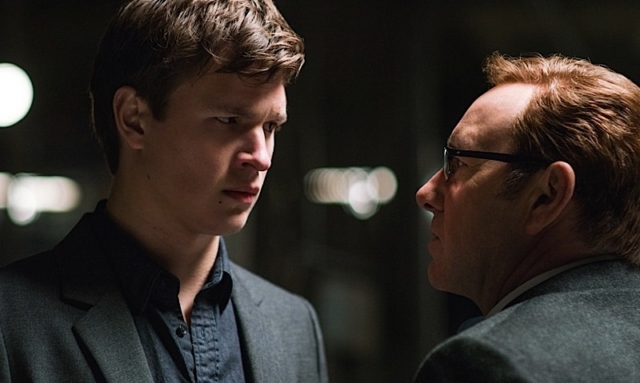 “The visual style of this movie is the crescendo of Wright’s movies. He packs every frame with so much information that I’m sure multiple viewings will continue to produce previously unseen nuggets. He fully engages the set pieces and locations, making sure everything has a purpose, even items in the background that are easily missed. Missing all the little things in no way impacts the enjoyability of the movie. Most subconsciously enhance the story and the experience. Long tracking shots, color use, music choices, wardrobe choices all coalesce together into a well thought out and magnificent piece of cinema.” – Jeff

“This movie has a?top-notch supporting cast, and Jamie Foxx and Kevin Spacey run away with just about every scene they’re featured in. Foxx plays Bats, the mentally unstable, murderous member of the bank robbing team, and his erratic nature results in many of the movie’s funniest and most tense moments. Kevin Spacey is crime kingpin Doc, bringing the requisite menace ‘House of Cards’ fans will surely expect, while also getting a ton of the movie’s most riotous one-liners and even getting to drop a ridiculous ‘Monsters Inc.’ reference. They both steal the show and are just so good at giving their characters added depth.” – Drew

The film brings together an accomplished ensemble cast that work well together. The whole time it feels like each actor is trying to steal the scene from the others, resulting in extremely high-caliber performances all around. You can feel them pushing each other to do better with each line. They play off each other in such a way that they all simultaneously become the lead and support. It makes it hard to know who is better.” – Jeff

Baby Driver is an exciting, highly entertaining film coming in a rather so-so summer of movies so far. Free of excessive CGI or the various compromises that come with a big budget movie like this, Wright’s film feels like the fully formed end product of an auteur’s vision. Mileage is certain to vary on exactly how well the movie stacks up against Wright’s prior successes, especially his much-loved Cornetto trilogy. But with a top-drawer cast and unbridled commitment to riveting vehicular mayhem, it’s an understandably easy sell to fans of Wright’s and action movies in general.

Baby Driver is one of the best movies of the year so far. With is action packed, tender, heartfelt story, it is sure to be loved by most audiences. The action serves a purpose and is not there just to be gratuitous. Everything here serves the story in this intelligent adrenaline-filled roller coaster ride.