Going to the Movies with Jeff & Drew: “Absolutely Fabulous” 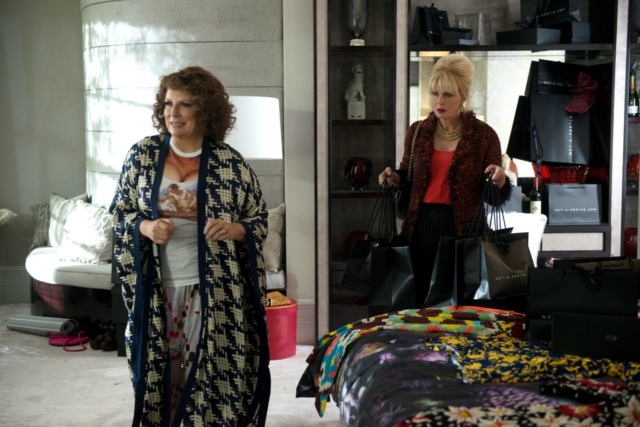 The ever-fabulous, celebrity-adjacent and overly self-indulging Edina Monsoon and Patsy Stone are now in their 60s. Edina (Jennifer Saunders) still runs her PR agency, which is hemorrhaging money. Patsy (Joanna Lumley) comes across some information that Edina’s favorite model, Kate Moss, is looking for new PR to represent her. Edina and Patsy go to a fashion event that Kate is attending. Edina accidentally nudges Kate off a ledge and Kate falls into the River Thames. Now accused of murder, Edina and Patsy flee to the French Riviera to escape the law.

“Absolutely Fabulous is a movie that knows its audience and gives them what they want. The audience was filled with fans of the show, and this movie had them laughing from the first frame. It is quick-paced, well-crafted and sure to entertain fans.” —Jeff

“I used to watch this TV show in the early 90s when comedy central seemed desperate for content and was grabbing every property they could. If it weren’t for Joanna Lumley and Jennifer Saunders reprising their roles, this film likely would have not worked. It’s the relentless mugging, outrageous shtick, and otherwise hilarious antics of this dynamic duo that make this movie a very fun romp. It will really help if you already are a fan of the series.” —Drew

“Having never seen the show, I was lost the entire time. From minute one, we are thrust into the large world of Edina and Patsy. If you don’t know who people are, there is no explanation. I spent the rest of the long 90 minutes wondering what was going on. Many of the jokes are very clearly related to the show and therefore leave new audience members, like myself, out in the cold. This felt like a series finale where you have to know what’s been going on for the last 20 years.” —Jeff 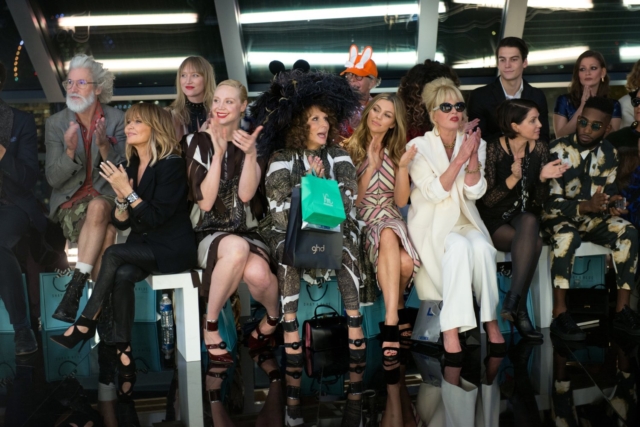 “With tons of celebrities who wanted to cameo in this movie, you can really see how beloved these characters really are. It also helps the film to keep one foot in the real word and the other in the absurd. But I can see why Jeff could be lost for most of the movie. Besides John Hamm, Rebel Wilson, and Kate Moss, the majority of the cameos are either British celebrities or people from the fashion world. If you don’t have prior knowledge of who these people are, it might go over your head.” —Drew

“The movie feels like one long sketch show. It moves from one joke to the next with a flimsy overall story arc, there is no character development or growth, and there is little resolution at the finale. It just, kind of, ends. There are parts that seem forced in to appease the established audience. Overall, not a bad film as long as you can keep up.” —Jeff

“Fans like me never get tired of the Ab Fab brand: the exuberantly vulgar misadventures of two boozy, dysfunctional, now middle-aged fashionistas. This style of comedy seems more relevant and satirical today than it did when they first started.” —Drew

Absolutely Fabulous is good, but it missed the chance to bring in a new audience. This theatrical release could be used to wrap up the show’s run. If you’re a fan of the long-running show, you will enjoy watching them on the big screen for 90 minutes.

Find Going to the Movies with Jeff & Drew on Facebook.