Going to the Movies with Jeff & Drew: “A United Kingdom” 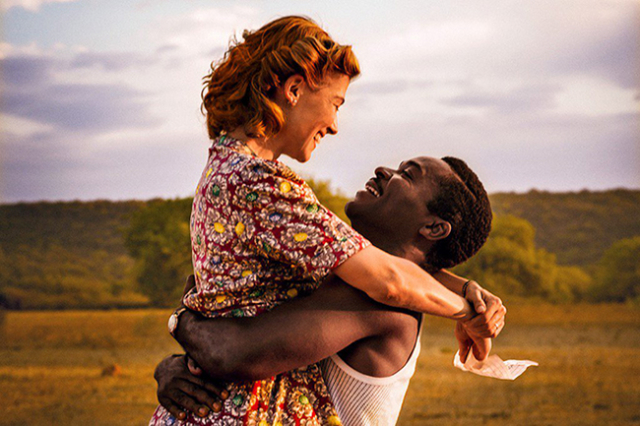 This biographical romantic film is based on the true-life romance between Sir Seretse Khama (David Oyelowo), the Prince of Bechuanaland (now Botswana), and his wife Ruth Williams. Their interracial relationship is not approved of by either of their families, nor by the British and South African governments. Seretse and Ruth must defy apartheid and the British Empire to return from an imposed exile to their African kingdom and fight for their independence.

“A United Kingdom is beautifully made thanks to David Oyelowo’s great-man act. It is still so powerful, even if it’s starting to seem familiar. Especially with his recent role as  Rev. Martin Luther King Jr. in 2014’s Selma, his prominence is pleasant and honorable, and it makes a worthwhile point. Rosamund Pike, who you would recognize from Gone Girl, is wonderfully subtle as Ruth, who struggles to maintain her composure in a new country while feeling lost and abandoned, figuratively and literally since Seretse isn’t allowed to enter his own country half way through the movie.” —Drew

“This story is one of malicious compliance. Leaders of nations have to be careful of their actions, which can affect more than just themselves. So, while resisting attempts to be shut down by governments and people at every turn, Seretse and Ruth expertly craft their actions and responses by finding loopholes that can’t be argued against. It allows them to maintain their union and the ability to fight back against oppression. Their quick wit and unbreakable determination really make this an enjoyable movie.” —Jeff 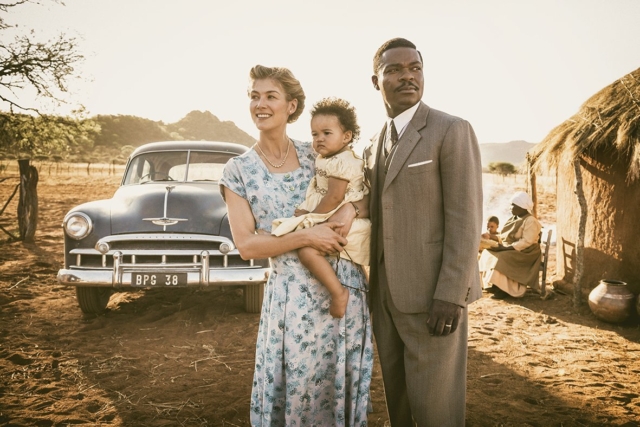 “This film is the perfect mix of history and humanity that keeps you glued to the screen. The film’s only flaw is that it feels a bit rushed. It sometimes feels as if the director, Amma Asante, and screenwriter, Guy Hibbert, had differing visions for this film. Asante’s romantic, emotional approach to a historical subject does not seem to mesh with Hibbert’s more procedural script. But the final product is a praiseworthy production reminiscent of another tale of racial intolerance recently in theaters. In this current political climate, reminding viewers of the racial intolerances of the past and increasing acceptance of interracial relationships in the present is a worthy enough end in itself.” —Drew

“Cinematographer Sam McCurdy did a magnificent job at capturing the serene beauty of the plains of Botswana and the dreary streets of London. He makes them work together in one story. These two places are starkly different in look and feel and work so well on screen as a contrast between the hope and sadness the characters feel throughout the movie.” —Jeff

A United Kingdom is a great love story that is shrouded in determination, strength, and malicious compliance. It is a solid production that shows a little-known fight against oppression and racism.