Going to the Movies with Jeff & Drew: “The Boss” 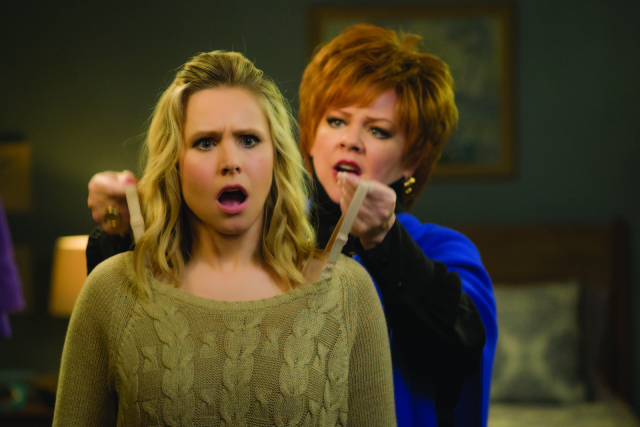 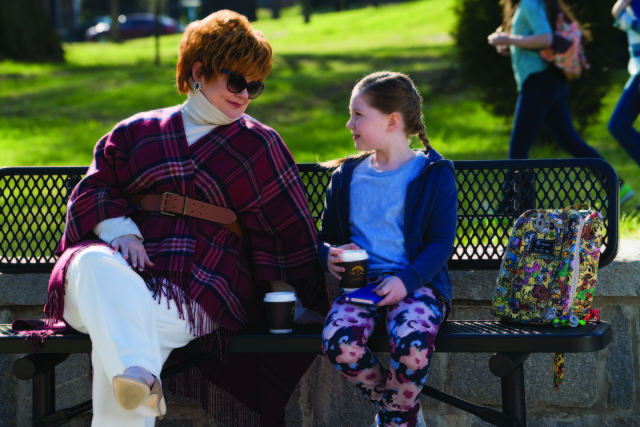 Director Ben Falcone is back to redeem himself for the monstrosity that was the 2014 film Tammy.

Wasting very little time, he paints a picture of a girl who, throughout the years, bounces in and out of an orphanage. Seemingly unwanted as a child, she is able to turn herself into the 47th richest woman, Michelle Darnell. Melissa McCarthy convincingly plays Michelle, a brash, unashamed, see-you-next-Tuesday titan of industry. Men in dark suits show up after her latest motivational speech, handcuff her and drag her away for insider trading. She emerges after spending four months in jail and tries to connect with people she has screwed over in the past. No surprise, they refuse to forgive and forget so easily. She turns to her former assistant Claire (Kristen Bell), the only person she has left to turn to. While staying with Claire, Michelle helps out and takes Claire’s daughter to a Daisy’s meeting. That’s where inspiration strikes, and she gets the idea to rebrand herself as the head of a Brownie empire.

The Boss takes a refreshing look at the crude-humor comedy format that has become stale and repetitive in recent years. It easily surpasses other McCarthy films. It’s refreshing to have two strong, female leads who are not caricatures of themselves. It is also nice not to have them fighting over a man, which so very often happens. The story pushes the humor without going too far. Though it is crude at times, it does not become gratuitous. The excellent balance of funny to touching moments actually lets you feel for the characters and their situation. The jokes are genuinely funny, and the plethora of laughs do not feel forced. The movie stays fresh, because the humor is not so slapstick heavy that it plays out halfway through the movie. While there are some well-placed physical punchlines, most are well-written jokes that flow well into the dialogue. The story benefits from being kept simple, and all of the gags and cameos fit into the story arc. There are no out-of-place bits just to fill time. Everything has a purpose.

“I came out pleasantly surprised that they tried something different. They don’t completely rehash the same move with a different wrapper. However, I would like to see Melissa McCarthy play a different character sometime; I think she could do really great out of this mold she is in.” —Jeff

“This is another great example of how women can carry a comedy by themselves. Audiences across the board can relate to this without a man as the main focus of this ‘women’s comedy.’” —Drew

Every character is well thought out to the point that they constantly move the story forward. Peter Dinklage strongly rivals McCarthy. His character, Ronald, or Renault as he likes to be called, is a pretentious, weird man convinced he is a samurai. Cecily Strong is perfectly cast as Claire’s weird and obnoxious second boss. Kristen Schaal is great as the push-over Daisy leader. Helen, played by Annie Mumolo, shows just the right amount of nostalgia, as her character is an updated typical ’80s high school bully. And Kathy Bates hits the role of Michelle’s mentor out of the park.

Technically, there is not much to say about this genre of movie. It is well shot, complete with stock footage of Chicago to move us from scene to scene. The pace of the edits keep it interesting, as the characters move from one joke location to the next. It is on par with what you want from this type of comedy.

“While it is fairly formulaic, even with its changes, it did elicit genuine laughs throughout the whole movie. I really did enjoy it.” —Jeff

“There are better comedies out there, but none in the theater right now. With too few new funny flicks to see in the theater, it does seem to stand by itself.” —Drew

The Boss is right up there with Bridesmaids. While not groundbreaking, it does have some freshness, some good laughs and an overall decent story.