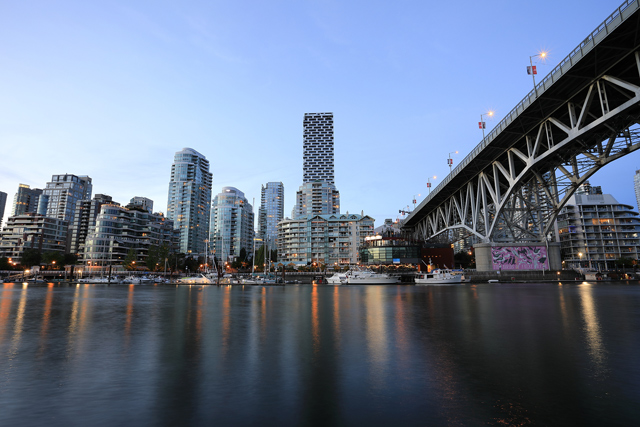 Hesitant to cross the ocean but still yearning to explore a foreign land? Not a problem. Just read my lips: Go North.

Canadians are the grown-ups of the globe. Company manners, paired with no need to beat their chests about the many Canadian attractions that welcome visitors—creates a welcoming environment. Here are a few alluring destinations, traveling from East to West.

Ever since Viking times, folks have flocked to Halifax, charmed out of their skins by the deep, 11-mile basin guarding the Atlantic. The Scots named the province Nova Scotia. Next came the French, only to be exiled by the Brits, who founded the city in 1749.

Today’s visitors are lured by that gorgeous waterfront, filled with sailboats, fishing vessels, cruise liners and a baby seal who blinked at me from below the boardwalk that serves as the town’s front porch. Joggers pound past bright banks of flowers amid sprawling Adirondack chairs and piers where tall ships hoist their sails. Marine artifacts commandeer the vista—anchors the size of minivans, ropes coiled like giant cobras, even a pillory to chastise miscreants.

Nobody actually misbehaves here. I asked my taxi driver what he liked about his hometown, and he didn’t need to pause for thought: “the friendly people.”

The harbor’s Maritime Museum confirms their love affair with the ocean. From the first fishing boats, to wartime torpedo carriers, to records of the accidental explosion of TNT that ravaged the harbor in 1912. Pier 21 hosts the Immigration Museum, where Europe’s refugees first touched their new land.

The looming hill above the harbor anchors the Citadel, erected as a defense fortress. Today it’s manned by Scottish Highlanders in full regalia—bushy hats, red coats, kilts—who pose for photos at the changing of the guard, play wheezing bagpipes, and fire off the cannon as tour groups obligingly squeal.

While those soldiers were musketeering, their women were painting. A room in the splendid art Gallery displays their work, along with that of the First Nations and Nova Scotia’s quirky and captivating folk art. Today’s artists continue the theme with works such as a Dream Catcher bra and a grizzly composed of red roses. But the star is the province’s beloved elflike lady, Maud Lewis, the Grandma Moses of her day. Her transplanted cottage is a painted fantasy with flowers on the windowpanes and adorning the oven.

But my very favorite art form resides in the city’s kitchens: Lobster. I devoured this king of crustaceans three times daily, starting the day with breakfasts of Lobster Bennie. Then there’s Halifax’s version of fusion food, lobster poutine. (French fries swimming in gravy and cheese curds—with sweet lobster adding a touch of Halifax to the mix.)

Lunch involved a hunt for the premier lobster roll—it is to Halifax, what the cheese steak is to Philly. They’re on every menu, from the harbor’s seafood stands to the Economy Shoe Shop, a café where the décor—Gaudi Meets Dorothy—is almost as good as the sandwich. They’re on McDonald’s menu, and at the Seaport Market that showcases good things to eat from Nova Scotia: everything from blueberries and apples to sausage and cheese. Finally, the Full Monty: a whole lobster at McKelvie’s, where Tom Sellick has been spotted in his lobster bib.  www.destinationhalifax.com.

Heading westward, genteel and charming Quebec City—the only walled city on our continent—is about as close as you can get to the Old World here in the New Land. French has been its native tongue since the days when explorers like Champlain erected a trading fort on what’s now the Old Port’s prime gathering spot, Place Royale, anchored by the statue of King Louis XIV claiming ownership for France.

The Museum of Civilization recounts the province’s volatile history, from its First Nations people to the arrival of impoverished European immigrants. Nearby, antique shops stand shoulder to shoulder with artisans’ ateliers, housed in venerable stone mansions, and classic bistros dominating the food scene. “Quebec is a community that cares about food,” explains Chef Mathieu Brisson as he dishes out duck confit, followed by creamy cheese painted with local maple syrup. www.quebec-city.com/en

Sure, people visit Montreal, westward in Quebec, for its famed Cirque du Soleil and miles of trendy shopping. Visitors can stroll the portside passages of Old Montreal, as did explorer Jacques Cartier, or steep themselves in its museums. Gay blades head to The Village, arguably the best Boys’ Town on the continent. But me, I came for the food.

They tell me the city boasts over 5,000 restaurants, backed by farmer’s markets like the Jan-Talon Public Market, where you can sample local cheeses, all things maple, and other garden bounties. One section of the public market boasts a selection of 400 Quebec micro-beers alone.

Follow your nose—and the masses, to the section occupied by Premiere Moisson Bakery to choose (if you can) between 30 kinds of breads and dozens of dainty pastries. The market, situated in Little Italy is a cornerstone of one of Montreal’s many vibrant ethnic neighborhoods. Which brings us to Dante’s Hardware, where you can outfit a gourmet kitchen or purchase a rifle, providing a new spin on one-stop shopping.

Cross over into the domain of the black-hatted Hasidic Jews, home of St.-Viatur Bagel, producing, as few would argue, the best of the breed on earth. The hole-in-the wall is open 24/7 to serve as the community’s culinary ER. Next to Reuben’s, home of Montreal’s famous “smoked meat,” aka garlic-rich brisket, thin-sliced and piled so high your jaw cannot maneuver.

Addictive. The same can be said about poutine, French Canada’s improvement on French fries. And nowhere are they better than at Au Pied de Cochon, where they arrive in a cast-iron skillet topped with, ahem, a hunk of foie gras bigger than your fist. Foie gras commands its own section of the menu at this informal but madly trendy café, showcasing the exact opposite of haute cuisine. Then head to the Village (a.k.a. Boys Town), where on summer evenings, St. Catherine Street is reserved for pedestrians. www.mtl.org/en.

Ottawa: the nation’s capitol. Anchoring the eastern border of Ontario, springing from a British heritage. Its signature silhouette, the grande dame hotel Chateau Laurier, rises like a castle above the 4.8-mile Rideau Canal, pouring into the Ottawa River. In spring, cyclists and joggers speed by the canal’s 750,000 tulips. During winter’s freeze, the canal serves as a skating path. It’s where the city came into being as a trading post.

Still standing is the ByWard Market: block upon block of indie boutiques, lively pubs and dining spots is a magnet for locals and tourists alike. The same is true for Parliament Hill. Join the masses after dark for a Sound & Light show across Parliament’s façade, unscrolling the story of the nation’s history.

The Canadian War Museum is geared to experiencing war’s unsettling effects. Follow paths depicting Canada’s role in the Boer War, the War of 1812, World Wars I and II, and battlegrounds from Korea to Kandahar.

To mingle with locals, venture into their neighborhoods. Patrol Wellington Street West to discover indie establishments in which to eat and drink. Shop at Maker House, filled with fanciful all-Canadian products, including wooden bow ties, paper stags’ heads and a book called “How to Move to Canada.” www.ottawatourism.ca.

You know all about Minnesota Nice. Meet Winnipeg Nicer: 700 miles north, but with almost tropical warmth in its welcome. Visit for the arts, for the eats, or just to wander the unique neighborhoods.

Start at The Forks, where Winnipeg itself got started. Previously serving as an Aboriginal sacred place (“our own Stonehenge”), followed by a fur trading post where two rivers met. Today, it’s a festival destination to shop, soak up history, hike/skate/boat the waterways, catch performances, and—especially—eat. A vast indoor market boasts stalls for all things Canadian, from bison burgers to local beers.

Cross the iconic bridge leading to St. Boniface, where the French first settled. The official language remains French to this day, with the town anchored by the ruins of its venerable cathedral. Its cemetery hosts the revered tombstone of Louis Riel, a Metis (half French, half Native) who led the rebellion for Metis’ rights—later hanged for his part in the ruckus.

Osborne Village, separated by another bridge, hosts a galaxy of hip boutiques and eateries. It’s hot. But the hottest ’hood is also Winnipeg’s oldest: downtown’s Exchange District. Today its red-brick warehouses and stately former banks are home to over 50 homegrown restaurants, 60 unique shops, and the highest concentration of artists’ galleries in the city.

Up the block stands the Winnipeg Art Gallery, best loved for its contemporary Inuit (Native) works, the largest cache in the land. Canada’s path to tolerance is traced in the Canadian Museum of Human Rights. “The idea of the exhibits is to get people thinking and talking—to spark conversation, not to preach nor commemorate,” according to a museum a guide. 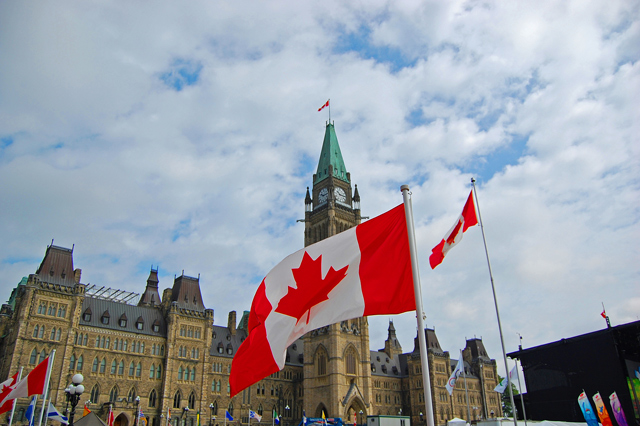 For the real deal, visit the Winnipeg Royal Ballet to view a class of these elite dancers, or a rehearsal (“Swan Lake” on my visit). Folks can peek into the costume, mask and shoe workshops, too. www.tourismwinnipeg.com.

Vancouver, B.C. is the upstart of Canada. Just a kid as cities go and just as young in spirit. It’s a collage of cultures where folks consider diversity the key to its envied lifestyle. It boasts the largest gay population in Western Canada, who call it San Francisco of the North. Blooming on the coastline of the country, it’s greener and balmier than the rest of the nation, and for outdoors enthusiasts it’s an easy sell. Visitors can relax on the beaches, hit the golf course and slalom down the ski slopes—all in a single day. Add to that the largest urban park in all Canada.

Vancouver boasts Canada’s largest Asian population. Its Chinatown is viewed by “those who know” as the most true to the homeland of any on the continent. Here, tiny shops are crammed with colorful goods to serve the whims and needs of locals, not tourist kitsch.

Just beyond Chinatown is an ever-growing crop of high-rises in Yaletown, a newly-gentrified neighborhood carved from former warehouses and factories. They now host bookstores, cutting-edge home and fashion boutiques, and day-spas. Their loading docks now sport tables of high-style bistros and coffee bars.

Catch one of the commuter ferries that ply the harbor for a DIY skyline tour or simply to reach Granville Island, a destination farmer’s market, that also showcases a multitude of artisans’ shops, a theater, and a sprawling waterside deck where it seems all Vancouver is sunning on a Saturday morning.

Make your way back to Robson Street, Vancouver’s mainstream shopping artery. It anchors the Vancouver Art Center, a grand old building housing anything but grand old art: Think cutting-edge Canadian talent. A sweet alternative to Robson is the edgier, funkier enclave along Commercial Drive, once called Little Italy. Old men still sip espressos between rounds of bocce ball, but today they share the scene with the world-beat culture crowd and the heart of the lesbian community. www.tourismvancouver.com