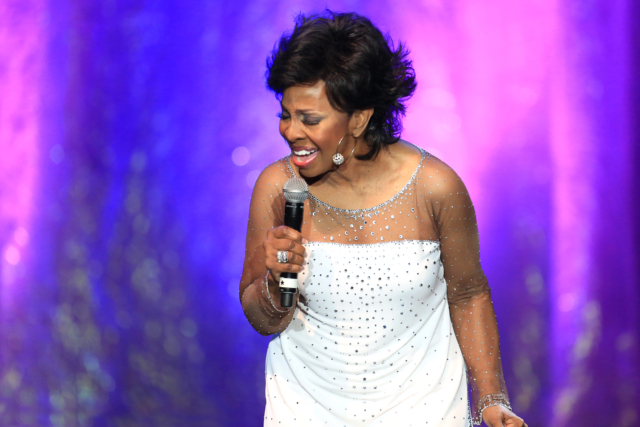 Gladys Knight’s U.K. farewell tour kicked off in 2009. But she’s far from the retiring type. Since then, Knight put out an album, toured regularly, and appeared in a few movies, including last year’s Almost Christmas with Danny Glover and Gabrielle Union.

It’s hard to believe that The Empress of Soul is already in her early 70’s, delivering an hour-and-a-half set without missing a beat Saturday night (Feb. 11) at Mystic Lake’s Showroom. The Grammy Award-winning, Rock and Roll Hall of Famer Gladys Knight didn’t disappoint, not even keeping the audience waiting with a prompt start time of 8 o’clock.

Knight’s performance adds to Mystic Lake’s legacy of acts like Patti LaBelle, Smokey Robinson, and En Vogue recently, solidifying the Showroom as a contender as a premier R&B/soul venue in Minnesota.

With a voice that sounded full and throaty and every ounce Empress of Soul-like, Knight is still able to hit her highs and lows with pitch-perfect accuracy and put on a rather energetic performance, interacting with fans, sharing some laughs, and dancing across the stage at times.

She talked frequently, and at length, between songs about relationships and the power of love. Knight was also a gracious hostess for the evening, thanking the crowd repeatedly, telling them, “I wouldn’t be here if not for you,” and always responding graciously when audience members shouted their love to the stage.

Unlike many of today’s artists, Gladys is not a stage diva. She actually sounded more like a conscientious parent who reminded the audience to pay kindness forward every opportunity you get, and told stories of how she mentors her band and singers. 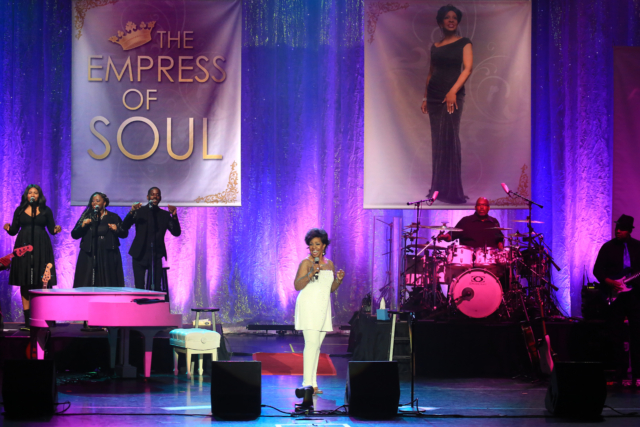 The Atlanta native reminisces about performing in local clubs, and her first time meeting her own mentor Ella Fitzgerald; “I was up on stage, and I looked out into the audience and couldn’t believe it Ella Fitzgerald was there to see ME! I nearly fell off the stage!”

Her Fitzgerald cover was not the only of the night. In fact, she took many moments throughout the evening to tip her hat to some of the newer soul-inspired vocalists in the industry today including Sam Smith with her cover of “Stay With Me” and a few mash-ups of new and old: Lionel Richie’s “Hello” with Adele’s “Hello” and a duet with a male back-up vocalist that included Bruno Mars’ “When I Was Your Man” and her own “If I Was Your Woman,” which was a wonderful and unexpected transition between musical eras.

Knight clearly doesn’t go through the motions. You can see it in her scrunched eyes and clenched fists and hear it in her octave-spanning voice, whether she’s knocking out a gutsy vocal performance on the emotionally wrenching “Neither One of Us (Wants to Be the First to Say Goodbye)” or selling the drama beautifully in a cover of Barbra Streisand’s “The Way We Were.” 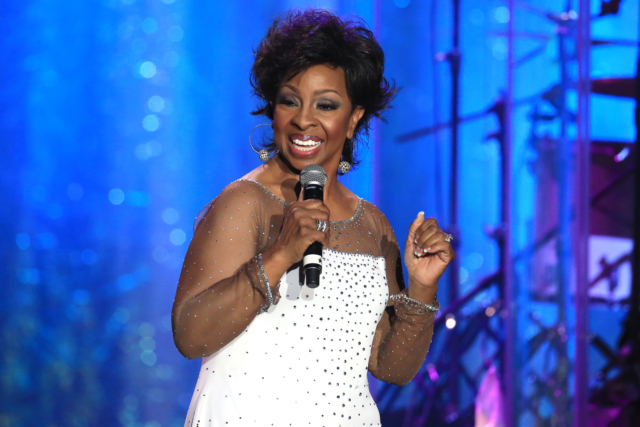 Other songs Knight sang in a more traditional fashion were “I Don’t Want to Do Wrong,” “I Heard It Through the Grapevine,” and her 1974 chart-topper “The Best Thing That Ever Happened to Me.”

Her backup singers also did a musical tribute to Prince (which always elicits screams from a Minnesota audience) with a selection of songs, with Knight bringing it home with her rendition of singing “Purple Rain.”

She closed with the smoky, love-will-conquer-all “Midnight Train to Georgia” which fed off of the energy in the room as everyone sang along. Despite her claim to the audience of performing these perennial crowd favorites at least 2000 times, Knight is a veteran who sang each song with fresh emotion.

And that’s why her music means so much to so many to this day. Knight sings every word with authenticity and sincerity, which gives reason to why her longevity has transcended genres and generations. Knight’s set at Mystic Lake involved no gimmicks. No pyrotechnics. No fancy dancers. This iconic empress of soul gives an unforgettable performance for fans of the Motown diva, even without the Pips.